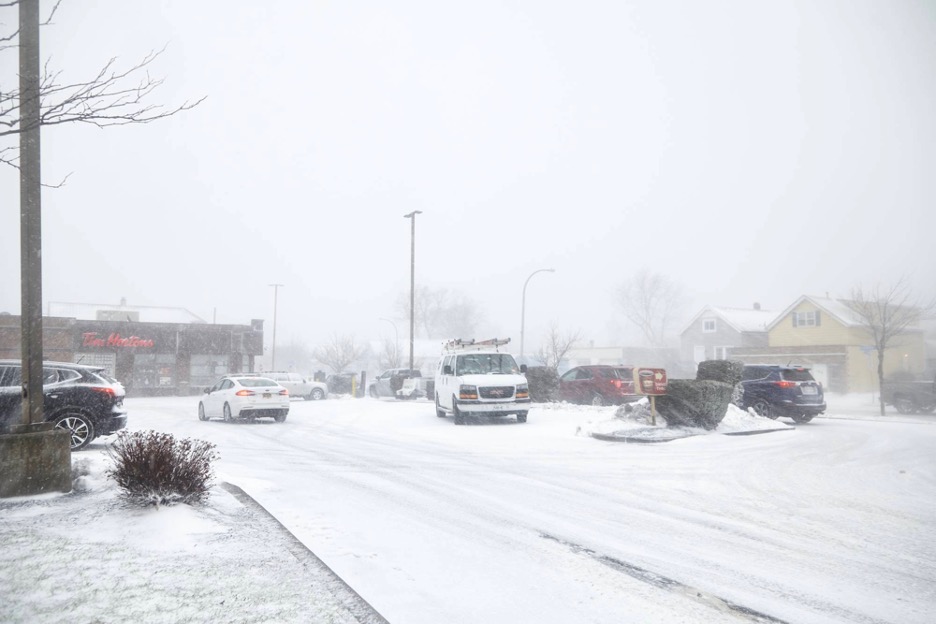 Photo courtesy of The Japan Times

Below-freezing temperatures, high winds, and dangerous precipitation affected several states and highly populated cities this past holiday weekend. Many people were left without power and heat as they braved record-breaking temperatures in the Midwest and Northeast.

Aside from the northern parts of the country, even some of the southeastern states were affected in ways they couldn't even imagine. High winds knocked the power grids off here in central North Carolina, where I reside, something we North Carolinians are not used to.

The blizzard and arctic blasts that have hit the United States and Canada have already taken many lives, and the conditions don't seem to be improving at the rate that they need to. Some people have been left stranded at airports trying to make their way back home for the holidays due to the alarming flight cancellations.

Could climate change be the cause of this disastrous weather? While climate change is a very controversial topic, the extreme weather that has affected the United States and Canada is a result of climate change.

The climate on Earth has changed throughout the entirety of its existence, which is a common argument for people who don't believe in such a thing. Yes, this is a true statement, but when you look at the trends of temperature change from the birth of the planet to now, there's an obvious exponential rate of temperature change over the last century. The majority of the planet’s warming has been occurring since 1975.

Global warming and climate change are not the same things, but global warming is a result of climate change. Climate change is a broad term to describe changes to the Earth's climate on a local, regional, and global scale. More recently, though, the term has been coined for the changes in the Earth’s climate due to human activities such as the burning of fossil fuels or the removal of forests. Global warming refers to the rising global temperatures, again, related to the activities of humans.

But global warming doesn't seem to relate to what's happening in the United States with the blizzards and arctic blasts, right? No. More snowfall (as we've seen in the Northeast and Midwest of the United States) is a direct result of more evaporation of water into the atmosphere. Added moisture leads to more precipitation, including snow in colder parts of the country.

And in regards to the southern and southeastern United States, a change in the jet streams could be a result of the abnormal weather. Melting sea ice in the Arctic can weaken the jet stream and cause colder weather to reach down further towards the equator.

What can we do to stop more devastating blizzards and snowstorms from happening? While a lot of the damage is coming from the burning of fossil fuels and the destruction of forests, there are small things we can do every day to offset the exponential rate at which climate change is happening. One is to use public transportation more often than driving or to choose to drive somewhere as opposed to taking a plane, if possible. Turn off lights when not in use, and don't set your thermostat too high or low.

Blizzards and snowstorms are happening more often and becoming more intense each year. Change is happening all over the world, and human-induced global warming is to blame. We must decide to take steps to reduce carbon emissions and slow the rate of change if we want the Earth's climate to be more bearable.