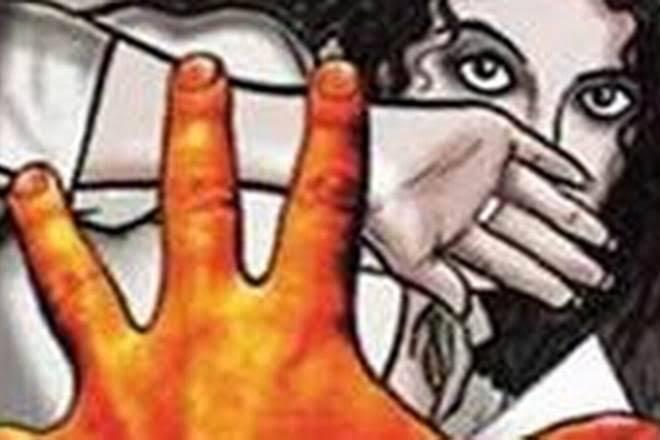 Even-Teasing is public molestation or sexual assault of women by men. Eve teasing also refers to the passing of audible comments, harassing women and girls verbally or physically, and troubling them. Staring or glaring is unharmed but it can make a girl uncomfortable.

I can say that Eve teasing is present everywhere. If in a public place disconcerting remarks are passed to a woman, then it will be considered as eve-teasing. A public place can be any place like a street, markets, malls, or public transports.

If one searches on google, most of the results pertain to India. As the Track record of India in eve-teasing is horrendous. No girl is safe in an environment where men don't know how to respect a woman. Every day women face harassment while traveling in metros, autos, buses, or even while walking on the road. However, there are a lot of females who don't always raise their voices against eve-teasing. Due to the social stigma for girls, fewer cases are reported. This issue is an evolving danger in our nation.

It is estimated, that after every 51 minutes a woman is sexually harassed in India, and in every 21 minutes one woman is molested. The statistic is itself alarming. Something needs to be done on the issue on an urgent basis to stop it.

In the 1970s, the matter of eve-teasing gains public and media attention. In present times, most women have become independent. They often go to work and college. Which implies that there is no need to be accompanied by males. Which were considered as a norm in the old days.

The menace of eve-teasing was increasing at an alarming rate. There was a need to take preventive measures and make strict laws by the Judicial system to curb this evil practice. Various efforts were made to make the police officials active so that they can take action regarding this issue.

The police then started doing police patrolling to caught eve-teasers. The lady police cops were dressed in normal clothes, this particular step seems to be effective. In other states, several other effective measures were also taken by the police officials in this regard. Various women’s helplines were set up in various cities by police. Various police stations were staffed with female officials to increase women's safety.

Public opinions changed regarding the issue that’s why a lot of girls came forward to report this issue. But in some cases, these incidents became more dangerous. There was an increase in the number of cases associated with acid throwing thanks to which states like the province declared it a non-bailable offense. Reports associated with bride burning increased during this era. To alter the tolerant belief of people towards vices associated with women, many laws were enforced like The Delhi Prohibition of Eve-teasing Bill, 1984.

Let us understand the causes of eve-teasing and find the solutions to eradicate it.

WHAT ARE THE CAUSES OF EVE TEASING?

Eve-Teasing mostly happens in India. This is often Because we reside in a male-dominated society where women are considered the weaker sex. Most men think that they have the elemental right to treat and behave in any manner with women. They show their male superiority over females.

Old existing laws equally contribute because of their slow process. There is plenty of corruption happening in our judicial system. Many real culprits are being left only for a tiny low favor of cash. Whether or not they got caught, Indian laws don't have strict punishments for them. Therefore, men are fearlessly roaming and committing crimes.

Lack of education is an additional contributing factor to such a menace. Illiterate and uneducated people think that there is nothing wrong with it. Nobody is aware of the trauma that girls face after such harassment apart from girls.

Education helps in controlling such incidents. A decent and healthy environment at school helps make people respect the opposite sex and understand the restrictions.

It is important to alter the attitude of Indian men if we wish to eradicate this menace. For a healthy society, generating respect for the feminine gender will help.

Other than this, our Indian government must bring some stringent measures to curb this problem. Harsh punishments should tend to the culprits. Such cases should be brought into the public domain for people to grasp and to fear doing any such thing.

I think these people should be left for public punishment where they are left to be tortured by people in public places. This will create plenty of scare in people.

Various laws that are stated in the Indian Penal Code, 1860 [IPC] helps to maintain the dignity of a woman. Any act that affects the dignity of women will come under section 294 or section 509 of IPC.

If obscene acts are committed publicly or obscene words are spoken in public then Section 294 makes the punishment for such acts mandatory. In section 294, if an individual does any indecent statutes in an extraordinarily public niche or sing, recite or mumbles any obscene song, hymn, phrases in a very public niche or maybe a locale that is near a public place and such an act effects resentment to others then it will amount to a violation under Section 294.

Imprisonment for up to 3 months will be given to the person. This section is not gender-biased. Anyone can be a victim or an offender. The fine will depend upon the severity of the offense.

A person who expresses words, gestures, acts intending to harm the modesty of the ladies then such person is going to be penalized under Section 509 of IPC. This section is additionally remarked as eve-teasing section. After looking over this section one can effortlessly comprehend, that, by acquainting this provision, the legislature intended that type of assault into a woman’s modesty either by term, deed, won’t be endured.

This section states that an individual who has an intention to insult the modesty of a woman either by uttering any word, making any sound, gesture, intrudes upon her privacy then will be punished with imprisonment up to a year or fine. The fine will rely on the stringency of the crime.

The ignored problem of eve-teasing