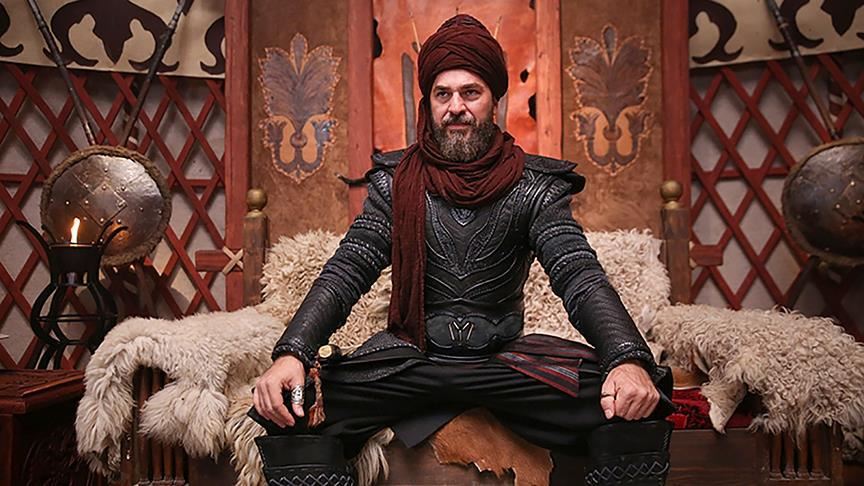 The Ottoman state was established in 1299. The question of how the Ottomans turned into a gigantic empire from a small principality keeps historians busy. One of the most important views on this subject is the Gaza thesis. According to this thesis, the religious wars of the Ottomans with the Christians strengthened it. The basis of this thesis is the Iskendername, written by a poet named Ahmedi. In some contemporary Turkish TV series, such as Diriliş Ertuğrul, the influence of Ahmedi can be seen. These stories describe the first period of the Ottoman Empire when there was only war between Christians and Muslims. Thus, in this article, this work of Ahmadi and the irrational aspects of his and some historians' views on Gaza will be examined.

Ahmedi's work tells us about four Ottoman sultans and Ertuğrul Ghazi. In the work, he constantly glorifies these people. He mentions that they are very good Muslims. He also says that they are constantly fighting the infidels. He calls their wars Gaza, and they are ghazi. This naming is very important because Gaza is a war waged only against Christians. In addition, while Ahmadi was describing these wars between Muslims and Christians, he drew the boundaries between the two communities very clearly. For example, he defines every Muslim as fighting Christians for Islam, and that all Muslims are good Christians as well as bad. In addition, in the work, Orhan Gazi's son, Süleyman Pasha, goes to Thrace. He tells about his raids on the infidels in the Balkans in 36 couplets. However, he reserved only six couplets for Osman Gazi. This situation shows that Ahmadi considers the Ottoman raids on the infidels in the Balkans much more important than the raids in Anatolia. Also, he glorifies Süleyman Pasha. This situation shows that Süleyman Pasha was the ideal prince for him. This reveals the didactic feature of the work. However, Ahmedi has difficulty describing the expeditions of the Muslim Ottoman sultans to Anatolia because the Muslim sultans he idealized are the heroes who raided the Christians. As a result, the conflict between Muslim rulers may harm the message he wishes to convey in his work. Therefore, he behaved differently when talking about these issues. For example, he briefly mentioned Yıldırım Beyazıt's occupation of the lands of other Anatolian principalities. Although the amount of land conquered by Beyazıt was enormous, Ahmed discredited this situation. Namely, Ahmadi bypassed situations that would refute his own views on Gaza. Hence, Ahmadi in his work calls for a constant war between the Ottomans and Christians going on and the Ottoman sultans as Ghazi. Apart from Ahmadi's claims about Gaza, another relevant source is the inscription of the Şehadet Mosque in Bursa. In the inscription of this mosque, Orhan is called the sultan of Gazis. However, the title of Sultan of Gazis was very popular in Anatolia at that time and many rulers used it. For example, some of the rulers of Saruhan and Aydınoğulları used this title. The Ottomans saw this title from other principalities and used it to strengthen their own legitimacy.

Moreover, German historian Paul Wittek created a thesis interpreting these two studies. According to him, the Ottomans were religious; they were constantly raiding the Christians because of their religious issues. Thus, all wars of the Ottoman sultans were for religious reasons, and he ignored economic factors. In fact, he says the Ottomans became stronger thanks to the raids on the Christians. These raids were the main factor behind the growth of the Ottoman Empire. Despite the writings of Ahmadi and Paul Wittek on Gaza, some historians disagree with them. Firstly, they claim that the word ‘Gaza’ was not used in the 15th-century works in the same sense as it is today. They do not think that Gaza is not related to religion. That is, the purpose of a person who makes a Gaza does not have to be to spread Islam or to be a Muslim. Gaza may also have economic, social, or cultural reasons. For instance, the Second Beyazıt promised timar and goods to those who fought in his campaigns in the Balkans. This shows that if the reason for the war was religion, he would not have made such an offer. In Islam, Muslims fight for Islam, not for money. For example, when the Prophet Muhammad saw someone fighting to protect his property in the battle of Uhud, he said that if he died, he would go to hell. Moreover, many Christians participated in the raids of the Ottomans against the Christians. For example, Evrenosoğulları, who was originally a Catalan, played a very important role in many raids on the Ottoman Empire. Besides, Köse Mihal, who was Byzantine, also actively participated in the raids against the Byzantines. Furthermore, relations between Turks and Christians living in Western Anatolia are quite good. For example, Christians and Muslims were getting married and establishing business ventures. In other words, there were interactions between Muslims and Christians living in West Anatolia. Though the views of Paul Wittek  and Ahmedi that the Gaza was homogeneous and that Muslims were constantly at war with Christians, the participants in the Gaza could also be Christians, and there was a very positive interaction between Muslims and Christians.

Moreover, as can be seen, Gaza is a very complex concept. The book Between Two Worlds, written by Cemal Kafadar, presents many important views on the complex structure of Gaza. He says that the location of the Ottomans is very important. Thus, more Muslims lived in the inner regions of Anatolia. They live in more homogeneous regions. The principalities in these regions did not have as much interaction with the Christians as the Ottomans. However, the Ottomans living in the border region were experiencing this interaction intensely. Therefore, the Ottomans also had Christian soldiers in their armies during their raids against the Christians. Namely, these interactions may be the driving force behind the ottoman's growth. For instance, the Menteşeoğulları principality was constantly raiding Christians like the Ottomans. Probably, their raids were more religious than the Ottomans' raids. However, this principality was destroyed by the Ottomans. The Ottoman Empire, which attacked the Muslim principalities with Christian soldiers, became the greatest power in Anatolia in the 15th century. In other words, the Ottomans, who were in intense interaction with the Christians and made raids for secular reasons, were successful not the raids that occurred for religious reasons. That is, having a mutual relationship with the Christians may be the most important factor behind the rise of the Ottoman Empire.