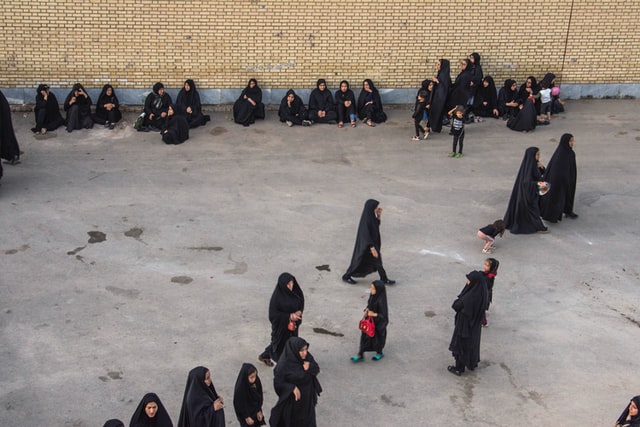 Photo by Javad Esmaeili on Unsplash

Islam has spread to a large part of Asia in a short time. Remarkably, the number of Muslims in Iran, Central Asia, and Anadolu has increased, and similar patterns are seen in these regions becoming Islamized. In this essay, the similarities between the Islamization processes of these three regions will be determined. For example, the effect of economic and political institutions, Sufism, and similarities between Islam and religions in these regions.

Also, Zoroastrian priests were a vital force in the pre-Arab Iranian bureaucracy because the official religion of Iran was Zoroastrianism. For example, they kept state records. However, Hajjaj bin Yusuf changed the structure of Iran's institutions deeply when he became governor of Iran. He changed the language of the state from Persian to Arabic and dismissed the Zoroastrian priests in the bureaucracy. Thus, he enabled Muslims to dominate the political institutions.

Also, he abolished the circulating Persian and Byzantine coins. He made the issue that Arabic coins should be used. In other words, the control of economic institutions passed to Muslims. In 747, many Iranian institutions had been Islamized. Namely, the country's politics and economy were primarily controlled by Muslims. This situation may have accelerated the spread of Islam among the Iranian population since the authority was Muslims, no longer Zoroastrian priests. Furthermore, the religion of Islam spread more among the urban artisans and merchant class.

Zoroastrians became a minority in the cities in a short time because Arabs controlled economic institutions. Moreover, Sufism was also influential in the spread of Islam in Iran. Ebu Abdullah Muhammed b. Keram contributed to the spread of Islam in eastern Iran. Many Zoroastrians became Muslims thanks to him. Another factor for Zoroastrians to become Muslims is that the two religions are pretty similar. For example, the concepts of Ahura Mazda and Ahriman in Zoroastrianism refer to the ideas of Allah and Iblis in Islam.

After the Arabs controlled Iran, they organized many expeditions to Central Asia. Especially during the Umayyad period, Qutayba organized raids on Bukhara, but the region could not be Islamized due to the racist and harsh policies applied by the Umayyads. Then, with the start of the Abbasid era, the policies towards the region changed. Especially the Samanids, an Iranian dynasty, ensured the Islamization of the area. At that time, Turks lived intensely in the region, so the process of Islamization was concentrated mainly on the Turks. There are some reasons why Turks are Muslim which are political and economic, Sufism, and similarities between the two religions.

Firstly, Islamic states built many caravanserais in the 10th and 11th centuries in Central Asia. Nomadic Turkic groups actively engaged in commercial activities in these caravanserais and interactions between Turks and Muslims. So, Turks started to recognize Islam. Also, the Samanids had a fast-growing economy which may have accelerated the interaction between them and the Turk traders. Also, according to D. G.Tor, merchants played an essential role in the Islamization of Central Asia.

In addition, the dominance of Muslims in Central Asia has made Islam a dominant and prestigious religion in this region, which may easily enable the conversion of Turks. Furthermore, Sufism and madrasahs played an active role in the Islamization of the area. The Samanids built dozens of madrasas. These madrasas both trained bureaucrats and enabled Turks to become Muslims. In addition, many Arabs migrated to central Asia. They also contributed to the Islamization process of the region by building madrasahs. However, Sufi dervishes enabled Turks to become Muslims. For instance, a dervish named Hallaç went to many cities in Central Asia and preached Islam to the elite class there.

In addition, the Karakhanids, thanks to the Sufi dervishes, enabled the nomadic Turks in the rural area to become Muslims. Finally, Islam and the Tengrism, the religion of the Turks, are very similar to each other. Both religions worship one God; there is heaven and hell. These reasons enabled the Turks to adopt Islam more easily.

In 1071, the Byzantine army was defeated by the Great Seljuk army. Then, many Turks raided the Byzantine lands in Eastern Anatolia.

According to most Turkish historians, these Turkmens played a significant role in changing the demographic structure of Anatolia. Hence, those Turkish tribes enabled the Islamization of Anatolia. However, Vryonis and some historians do not think that the number of these tribes is not high. Other factors played a role in the Islamization of Anatolia. These factors are political and economic institutions and Sufism. Firstly, many structures were erected in Anatolia in the 13th century. The most important ones are waqfs and madrasahs. Thanks to the madrasas, many bureaucrats and clergy were trained. These people consolidated the power of the Seljuks and enabled the formation of Muslim elites. These people may also have put pressure on the influential Christian elites in the bureaucracy and made them convert to Islam.

Furthermore, waqfs accelerated the Islamization process in Anatolia. Wealthy Muslim elites generally established them. Many institutions could be financed thanks to them. For example, many caravanserais were built. Thanks to the caravanserais, the Seljuk authorities had the opportunity to control the economic activities in the region. Besides, everyone could stay in the caravanserais. For example, the waqfiyya of a caravanserai built by Jalal al-Din Karatay proclaimed that Muslims, Christians, Jews, and other people could stay and eat there. This situation may have reduced the negative thoughts of non-Muslims in Anatolia.

Furthermore, Sufism accelerated the Islamization process of Anatolia. For example, Mevlana enabled many Jews and Christians to convert to Islam. His teachings bridged the gap between Islam and Judaism, and Christianity. Also, his miracles often took place around the caravanserai, which may accelerate the conversion of the non-Muslim merchant class to Islam. In addition, the social organization called futuwwa accelerated Islamization. Artisans and merchants in cities were members of Futuwwa. Christians and Jews could also participate in this organization, and it spread to Anatolia quickly. Organization members supported each other. Also, they lived together in communal houses. This organization may have led Christians and Jews to become Muslims.

Iran, Central Asia, and Anatolia were Islamized at different times. Firstly, the Arabs made the Iranians become Muslims, the Iranian Samanids converted the Turks to Muslims, and the Turks converted the Christians in Anatolia to Muslims. Also, the religions of Zoroastrianism, Tengrism, and Christianity were quite similar to Islam, which made people easily convert to Islam. Also, when Islam penetrated a middle region in the city, it started to spread between the merchants and artisans and the elite class.

This was because the elites did not want to lose their privileges and the urban people were less conservative than the rural ones. In addition, the transition of economic and political institutions under the control of Muslims significantly accelerated the process of Islamization of the regions. Finally, Sufism and madrasahs enabled the Islamization of rural areas and cities in three cases. Namely, the Islamization processes in these three different locations occurred quite similarly.