Women In The Age Of Globalisation 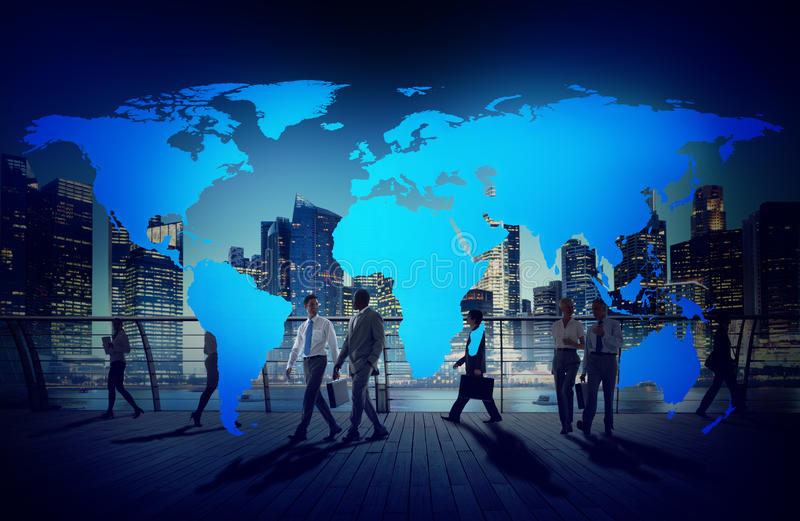 Globalisation is the process of the interdependence of the world’s countries by intertwining their economies, cultures, and population through cross border trade of services and technology and the flow of cultures, people and information.

The effect of globalisation was varied and complex, with various social, economic and political dimensions. Just like any other significant social process, globalisation, though it has many benefits, also harms many minorities. In the case of women, the Beijing+5 document, looking at the progress made since the 1995 United Nations Conference on Women, points out that while presenting opportunities for women, the other hand marginalises women. Also, the United Nations Development Fund for Women’s report (1997) also states that over the last two decades, globalisation as a process has played a significant role in widening inequality. Globalisation is a double-edged sword. While on the one hand, women benefit greatly from this process; on the other hand, they also face huge losses.

Women And Globalisation: The Positives

It is said that the current wave of globalisation has improved the lives of women, especially the ones living in the developing world. Both the formal and informal sectors have increased the opportunities for women all over the world.

Due to the globalisation process, the export and import industries of the nations have increased. So their wages have also increased. Insofar that women’s salaries in this industry have also risen and, in some cases, be more than men’s, a rare occurrence in any sector. Now more and more women are earning and experiencing economic independence. The women are contributing to the family income, thus creating new resources. Along with the financial freedom, the social choices of women have also significantly increased, giving them more confidence and a rise in morale and a voice in family matters, which earlier they were lacking. As earning members of society, women now, therefore, have more life choices.

The most important sector is the tertiary sector, which is the service sector which is the largest sector, especially in terms of economic concepts like output. It also provides employment opportunities all over the world. In some of the fastest-growing sectors like data processing, industrial export, airlines, railways, banking and insurance companies, etc., there are ample new opportunities for women specifically. Particularly in developed countries, women have many employment options, specifically in service industries. Transnational or multinational companies are often said to offer jobs without discriminating between genders. They focus only on the qualifications and the capacity to work due to the competitive environment in which they operate. This technology allows more women to get jobs. Though the reality is not so utopian, this scenario still rings true but not to the extent one would hope for.

With the advent of the globalisation process, cross-cultural communication intermingling of economies has improved the status of women, albeit not much. But globalisation has still promoted the idea of equality and brought about awareness in many corners of the world. While also acting as a catalyst to propel the struggles of women for their equitable rights.

Before the 1991 economic reforms in India, the Indian economy was restricted. After the LPG reforms, Liberalisation, Privatisation and Globalisation, many more opportunities came up for everyone in India. It meant that new jobs also came up for women in India. With the latest jobs, women got higher wages than before when they had little to no wages. In turn, this raised their contribution economically and gave them self-confidence and made them independent. With the intermixing of cultures, and new advancements in socio-economic and technological aspects, the traditional way of thinking slowly started to give way, and women got a new lease on life. Not just in agriculture, women began to get support in all sectors like industrial and service, which increased the living standard of the people.

Women And Globalisation: The Negatives

While the wave of globalisation has impacted the entire world, and particularly the women’s lives are vastly affected, it has not all been up to the mark. Globalisation is not entirely a utopian process, and it has its ups and downs. Although some may have benefited economically and socially, there have also been many who have been disadvantaged in many aspects.

On one side, globalisation has helped improve the quality of life of women around the world. But looking at the patriarchal world, which has not changed much, only the way of patriarchal oppression has changed due to advancement, but the patriarchy has been reduced yet.

In the economic aspect, though many of them now are employed and earning, they are marginalised, especially in the informal and traditional sectors. Transnational or multinational companies only use and prefer to hire women as they are a cheap source of labour, particularly in developing nations.

There are adverse effects of globalisation on women, and it affects them as both the producers and the consumers. It is noteworthy that these adverse effects are particularly distinct in the developing world. Facing a consumerism culture, women are often reduced to commodities, and as producers, they are further subjected to exploitation at work and occupational hazards. Women as producers have to suffer from exploitation in the workplace, harassment, low wages, i.e. wage gap, poor working environment, etc.

Women work two jobs, their actual employment and pseudo employment in the domestic work they do at home. Even when they are employed, their domestic work is not reduced, and it particularly disadvantages them as they are not compensated for their household work. This double burden on women - both the job and domestic chores, limits the capacity of the women and creates barriers for them.

Lack of property rights, limited access to capital, etc., limit the benefits the women might have gained from trade openness. Due to gender roles, norms, customs, etc., women also have limited access to technology, and its advantages are therefore only limited to the men. Even in the agriculture sector, though women now have greater participation, they are still limited by the customary practices of bygone eras wherein the agriculture system, in agricultural families, women do not have any rights. Hence as per the bias against the women, the trade advantages are once again kept away from the women. Export advantages and technological advancements are slow to reach the women; therefore, women are slower to adapt, and thus their participation takes a while to get the majority. Thus though there has been improvement in economic aspects, globalisation still has a long way to go before the economic advantages reach all the women.

The trade liberalisation policies lead to the decline of small scale businesses and farming in the developing world as the developed world tends to flood the markets with their heavily subsidised products, thus pushing the enterprises of the developing world out of the needs. This leads women farmers or business owners to leave their small scale enterprises and seek employment in various sectors like export processing zones, etc., where they get paid a much lower wage than adequate, lower than the already low paid male counterparts. These capitalist enterprises do all they can to ensure that these women do not seek their rights to representation, unionise or compensation, etc., as it will affect their profit margins. In the earlier sector where women had a majority role like fishery, livestock, food processing, etc., entry of foreign capital displaces them and thus takes away their livelihood.

Another problem is the state’s retreat from social responsibility and heavy privatisation due to the worldwide economic policies encouraged by the financial institutions and world economic forces. They are especially considering SAPs, i.e. Structural Adjustment Policies, where many developing countries were forced to borrow from the International Monetary Fund (IMF) and the World Bank to adjust their economies to an ‘acceptable’ economic structure, which is supposedly beneficial. These SAPs harm women, especially in the developing world. As the government of the developing nations are forced to borrow money, they rescheduled their debt by reducing their publicly funded social programs, like health services, education, child care, maternity support, etc., which removes the consent of their women and reduces their women their access to education, etc.

With the advent of global media, the cultural forces that have been unleashed upon the world are not always positive and are generally harmful, especially for women. The globalised press has created a portrayal of the perfect women with the ideal body types, which harms women’s aspirations and self-esteem worldwide. The feminist has struggled for voices in public affairs, family, marriage, etc., for a life of choices and dignity for the women. This requires that the globalised world starts to invest in the social opportunities and capabilities of the world’s women.

To conclude, we can say that not all women suffer the same fate. The women who already were in better positions and others who get the opportunities can achieve much more than before globalisation. And due to the globalised world with the intermixing of cultures and political ideas, the rights and emancipation of women had reached a new high

A Talk About Hair: The Reality of the Embodiment of Gender Inequality