Amazon Invalidates Visa cards in The UK, Find Out Why 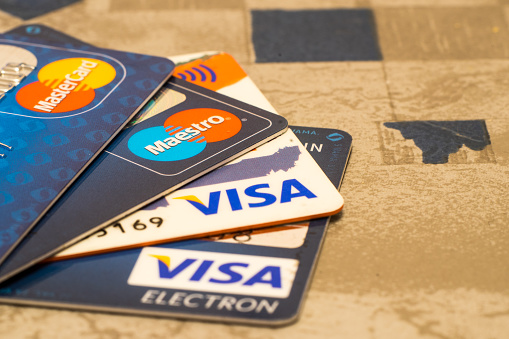 However, Visa debit cards will still be accepted by the multinational company. Credit cards issued by MasterCard Inc. and American Express Co., as well as Visa credit cards issued outside of the United Kingdom, are also accepted. This week, Amazon users were informed of the changes. After their purchases, they received a notification from the company stating that "we will no longer accept Visa credit cards issued in the United Kingdom" as of January 19, 2022, due to the high transaction fees. At 9:36 a.m. in New York, Visa shares dropped 5.2 percent to $203.96. They've lost 6.6 percent this year, versus a 29% gain for the S&P 500 Information Technology Index.

As the relationship between the two corporations worsened, Amazon imposed taxes on customers using Visa credit cards in Singapore and Australia, alleging high fees. After confirming it will stop taking Visa credit cards in the United Kingdom as a dispute over payments escalated, Amazon.com Inc is considering eliminating Visa as a partner on its U.S. co-branded credit card. According to Laura Hoy, equity analyst at Hargreaves Lansdown, the move signals a "major turning point in the payments business," with Amazon hoping to attract more customers to its own payment system.

In response, Visa expressed dissatisfaction and concern with Amazon's intention to limit consumer choice in the future. It stated it had a "long-standing partnership with Amazon" and was working to resolve the issue so that consumers in the UK could use Visa credit cards.

Amazon declined to disclose how much Visa charges the store to process credit card transactions. Visa also refused to comment, despite the fact that it claims to take less than 0.1% of the purchase price on average.

Amazon stated: "The cost of accepting card payments continues to be an obstacle for businesses striving to provide the best prices for customers." Merchants have long complained about transaction costs eating into their profits — with some businesses refusing to accept American Express due to its inflated rates, for example — but having Amazon join the fight may add to the pressure. Visa and others may have to make rate concessions or risk losing business with Amazon. While Amazon has stated that Visa's fees are a global issue, prohibiting credit card transactions in the United Kingdom is the most extreme step it has taken.

The change "will come as a blow to the millions of Britons" who use Visa credit cards, including Barclaycard and HSBC customers, according to James Andrews, a senior personal finance editor at comparison website Money.co.uk.

"With many UK businesses rejecting American Express, individuals hoping for rewards on their spending or attempting to split the cost of purchasing with a 0% purchase card on Amazon will effectively be compelled to choose a Mastercard," he said.

He went on to say that Amazon's rewards card is "powered by Mastercard."

"It's really important that customers have a choice, and the largest variety of ability to pay, whether it's through cards, bank accounts, or cash," said Ann Cairns, executive vice chairman of Mastercard.

"Obviously, we are two large worldwide businesses, and Amazon is one of our top customers around the world, so we talk to Amazon all the time."

Other large retailers have settled fee issues with Visa in the past after announcing that they would no longer accept Visa credit cards in certain areas of their operations. Walmart Inc.'s Canadian unit, for example, said in 2016 that it will discontinue taking Visa credit cards due to a lack of fee agreement. After roughly 20 stores stopped accepting Visa cards, the firms announced that they had settled the dispute seven months later. Kroger Co., a supermarket chain, discontinued taking Visa credit cards at its Foods Co. subsidiary in California in 2018. Before the parties involved made a truce in October 2019, it broadened the ban by refusing to take the network's cards at another location, Smith's.

Retailers had already argued about the amount of money they spend each year to accept electronic payments, which has risen to more than $100 billion in the United States as fees have risen and consumers have flocked to premium cards, which have higher interchange rates (fees charged every time a consumer uses a card). After Brexit, the issue has become even more delicate in the United Kingdom, with both Visa and Mastercard facing criticism for hiking certain fees now that the United Kingdom is no more a member of the European Union.

According to retail payments advisory firm CMS Payments Intelligence and the British Retail Consortium, the UK's exit from the EU abolished transaction caps between the UK and the European Economic Area. Caps, an interest rate limit, is referred to the highest rate that a borrower can be charged, as well as the highest rate that a creditor can earn. This allowed card companies to raise cross-border fees. Changes in fees were unrelated to Brexit, according to Amazon and Visa. Amazon and Visa are at odds over the fees that Visa charges Amazon for its services in the United Kingdom.

Over the years, Amazon has tried various techniques to cut down on the number of fees it pays to customers who pay with credit cards. It has previously encouraged customers to use debit cards to deposit money into their Amazon accounts and utilize that money to make purchases rather than credit cards, and it has also allowed customers to link their checking accounts for payments.

However, the timing is crucial. When individuals are purchasing for Christmas on Amazon on a daily basis, these signals to customers hit home all the more.

But it also suggests that a compromise can be done before January 19.