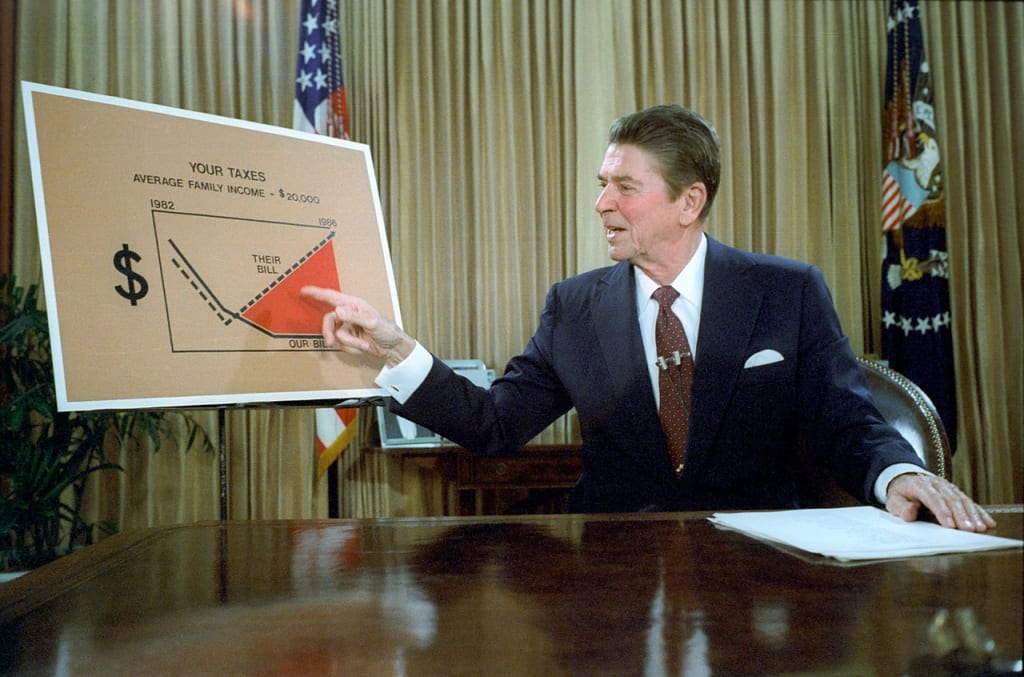 Trickle-down economics and supply-side economics are regularly brought up in political discourse. The idea underlying trickle-down economics and its methods is that tax advantages and benefits for big businesses and the rich would eventually trickle down and benefit everyone. i.e., everyone from the lowest class to the 1% of supposedly wealthy people. In my opinion, the largest error in this theory is the generalisation of the lowest cast. When a theory like trickle-down economics asserts that everyone benefits from tax breaks and benefits that are directly created for the profit of wealthy corporations and their shareholders, with the premise that this influx of capital will eventually benefit all the classes of society in the sense that capital moves in every aspect, it is known as the trickle-down effect. Either by investing in infrastructure or by generating new employment.

Even though a policy is intended to raise living standards for all people, in the long run, it is said to be "trickle-down" if it favours wealthy firms and individuals disproportionately. The "trickle-down" doctrine was the name given to the income tax cuts implemented by Presidents Ronald Reagan and Herbert Hoover during the Great Depression.

CRITICISM TOWARDS TRICKLE DOWN ECONOMICS

The first and most obvious objection to this hypothesis is that wealthy people and organisations do not always take the initiative to move their capital, particularly during uncertain times. Many businesses and stakeholders often practise solidity to the point that they self-initiate financial crises by withholding capital and causing a worldwide economic slowdown that affects entire nations.

The trickle-down theory's proponents claim that increasing the wealth of the wealthy and corporations will promote free-market capitalism and consumer spending, but this can only be done with the assistance of the government.

As a result of preventing lower-income taxpayers from enjoying a similar tax advantage, critics are certainly correct to point out that the additional benefits the wealthy receive may skew the economic system. This leads to an increase in income disparity. In contrast to tax breaks for companies, which may be used to finance stock buybacks or greater savings rates for the wealthy, many economists disagree, stating that decreasing taxes on the poor and working families stimulates the economy by increasing consumer spending on goods and services. The trickle-down theory's proponents claim that increasing the wealth of the wealthy and corporations will promote free-market capitalism and consumer spending, but this can only be done with the assistance of the government.

Interest rate cuts and Federal Reserve monetary policies are just two of the many factors that have an impact on growth. Trade, exports, sales by American companies to foreign companies, and foreign direct investment from companies and investors abroad all help to strengthen the economy.

In December 2020, David Hope and Julian Limberg of the London School of Economics released a paper that examined five decades of tax reduction in 18 wealthy nations. While the wealthiest continued to profit from tax cuts, it was discovered that neither unemployment nor economic growth were significantly affected.

Trickle-down economics continues to have an influence on Republican policies. In 2010, the Tea Party movement pushed for reduced government spending and taxes. Bush's tax cuts were extended by Congress in response, even for individuals making $250,000 or more. Late in 2017, President Trump signed the Tax Cuts and Jobs Act (TCJA). Beginning in 2018, this lowered the corporation tax rate from 35% to 21%. Additionally, the top individual tax rate dropped to 37%. Personal exemptions were eliminated, the standard deduction was doubled, and income tax rates were all decreased by the TCJA. While the individual improvements are only in effect until the end of 2025, the corporation tax reductions are permanent.

These kinds of policies have frequently harmed the American economy more often than they have benefited it. At both the state and federal levels, disastrous outcomes have been experienced. After five years, the nations that lowered wealth taxes and the countries that didn't had GDP per capita and unemployment rates that were nearly comparable.

In my opinion, we see a small spike in the volume of jobs created in nations like the USA in years with lower top tax rates and years of trickle-down economics. However, in reality, this is a futile effort that won't produce any financial growth, and especially not one that is equal; the only growth that exists is the deficit between social classes, between rich and poor.