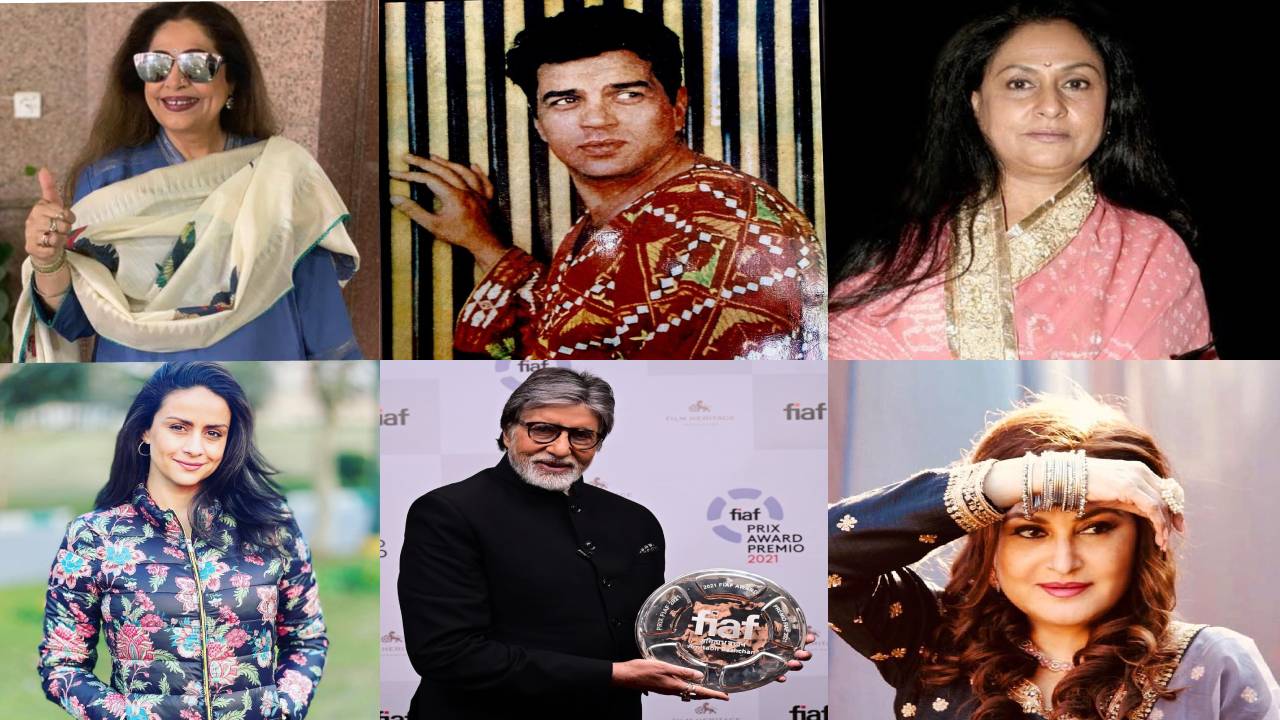 Bollywood and politics are two different worlds, and if one can carry oneself perfectly, he/she can outshine. Here are some of the celebrities who chose to be a part of politics, after having a successful career. These wonderful actors-turned-politicians are loved, and it is something noteworthy. Several stars have now left the glamorous world of Bollywood only so that they can join the race to secure the right ‘chair’. It might be ways for stars to check their fan base. And that would help them to make a difference in society. However, it may sound, but it has proved to be a fall-back career option for several celebrities. Here is a glimpse of 10 Bollywood celebrities who have now turned to be politicians.

Kirron Kher had started her political career with a non-profit organization such as ‘Laadli’, which was a campaign against female infanticide, and ‘Roko Cancer’, a campaign for cancer awareness. She has also participated in Anna Hazare’s Indian anti-corruption movement in 2011 and also campaigned for BJP in the 2011 municipal corporation elections. BJP had declared her as the candidate for Lok Sabha from Chandigarh for General Elections in 2014, and Kirron even won a good majority of seats. 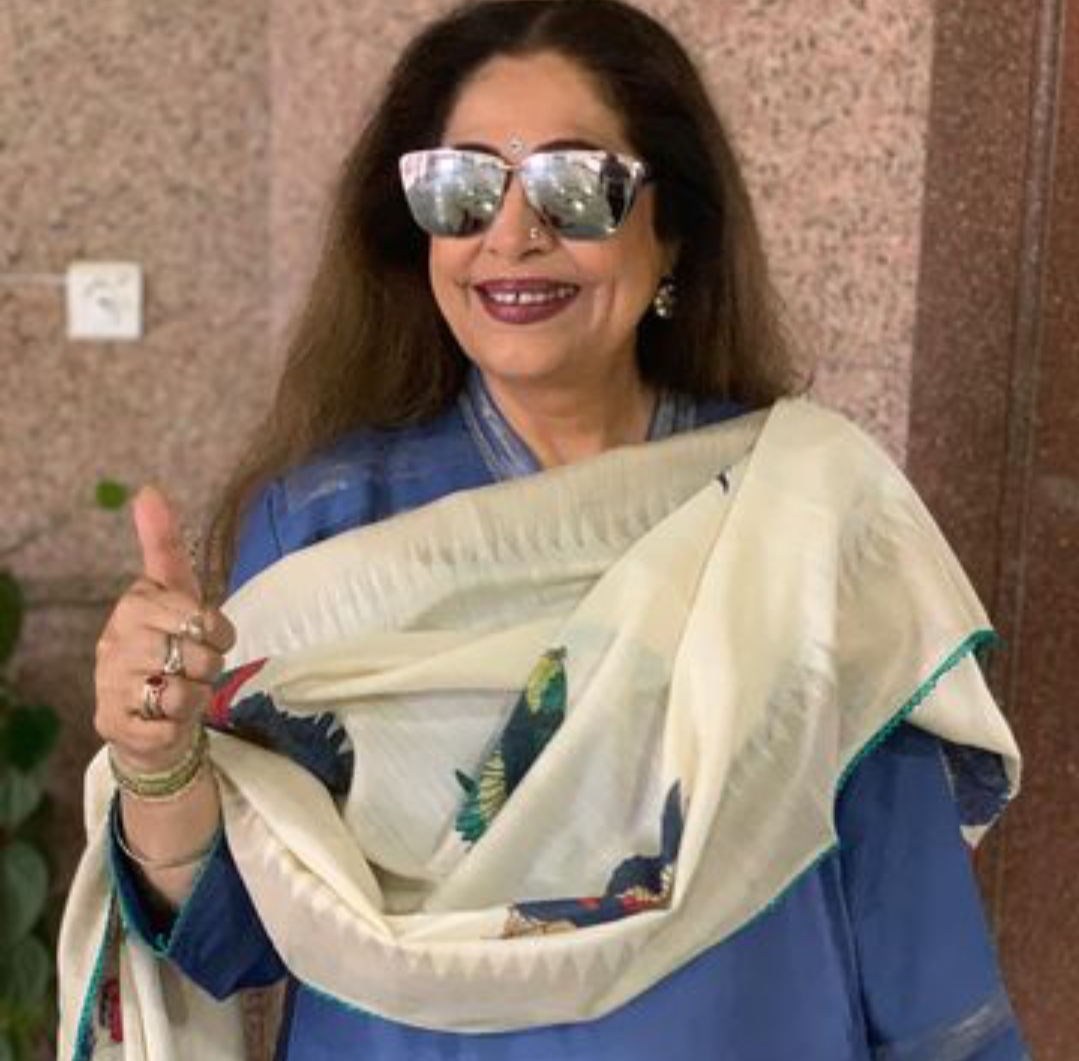 Jaya Bachchan, a veteran actress is known for her versatility in Indian cinema. She has time and again showcased her talent and capability of being an actress, but as a politician as well. She has been an active member when it comes to the political scene. She was felicitated with India’s fourth-highest civilian award, the Padma Shri, by the Government of India and recently received the Best Women Parliamentarian of the Year Award. 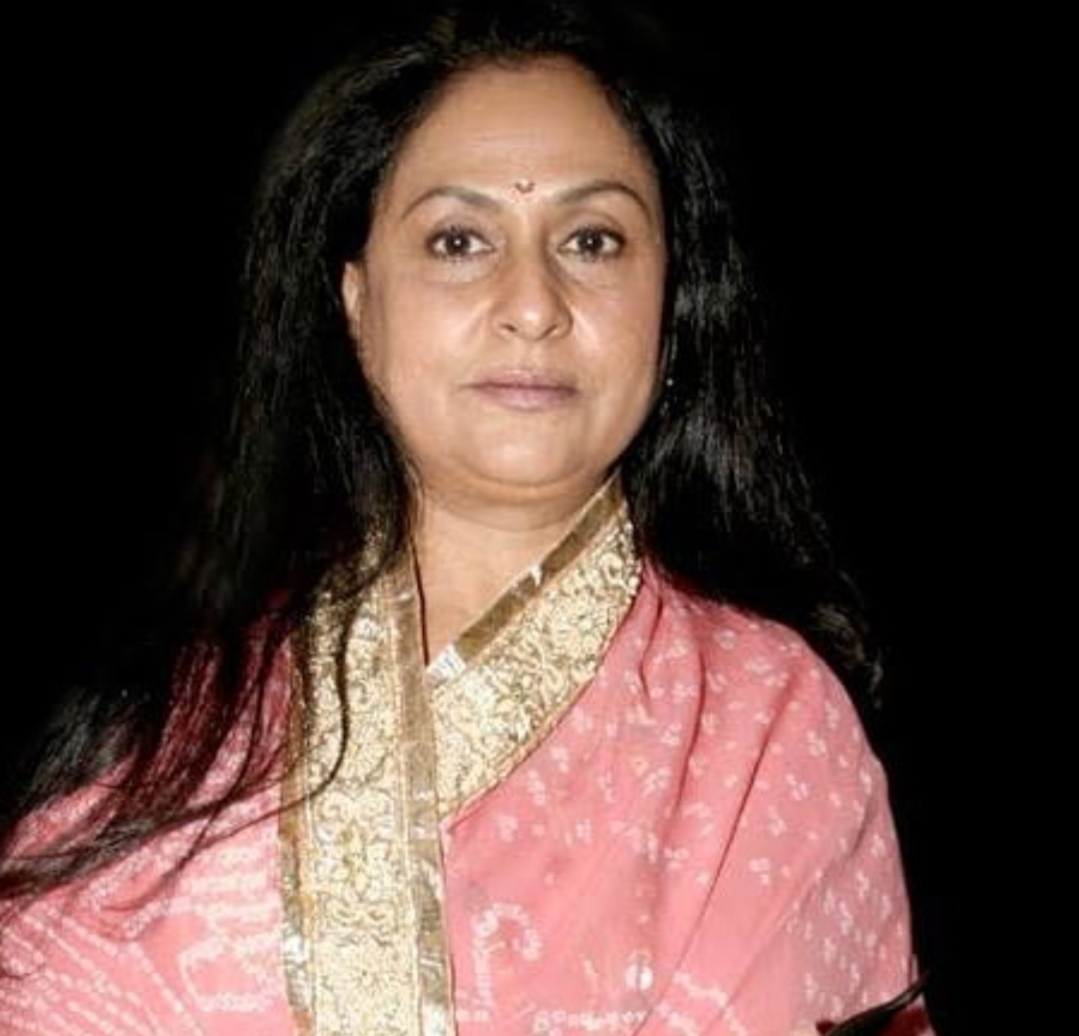 This actress-turned-politician had campaigned for the Bharatiya Janata Party’s (BJP) candidate Vinod Khanna. She is a former Bollywood actress who was nominated by the President of India, APJ Abdul Kalam, as an MP to the Rajya Sabha. She had officially joined BJP in 2004 and had been appointed as the general secretary of the BJP. In the 2014 General Elections, she was elected to Lok Sabha against Mathura incumbent Jayant Chaudhary. Hema Malini also supports PETA India, which is an animal rights organization. 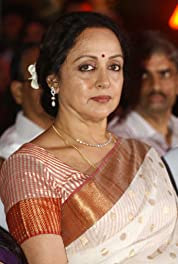 Amitabh Bachchan took a break in his actor in 1984 and entered politics to support his friend Rajiv Gandhi. He contested in the elections from Allahabad in the 8th Lok Sabha elections, which were against the former Chief Minister of Uttar Pradesh Hemwati Nandan Bahuguna, who had won elections with a large margin of the vote. He realized that politics is not his cup of tea and resigned after three years. 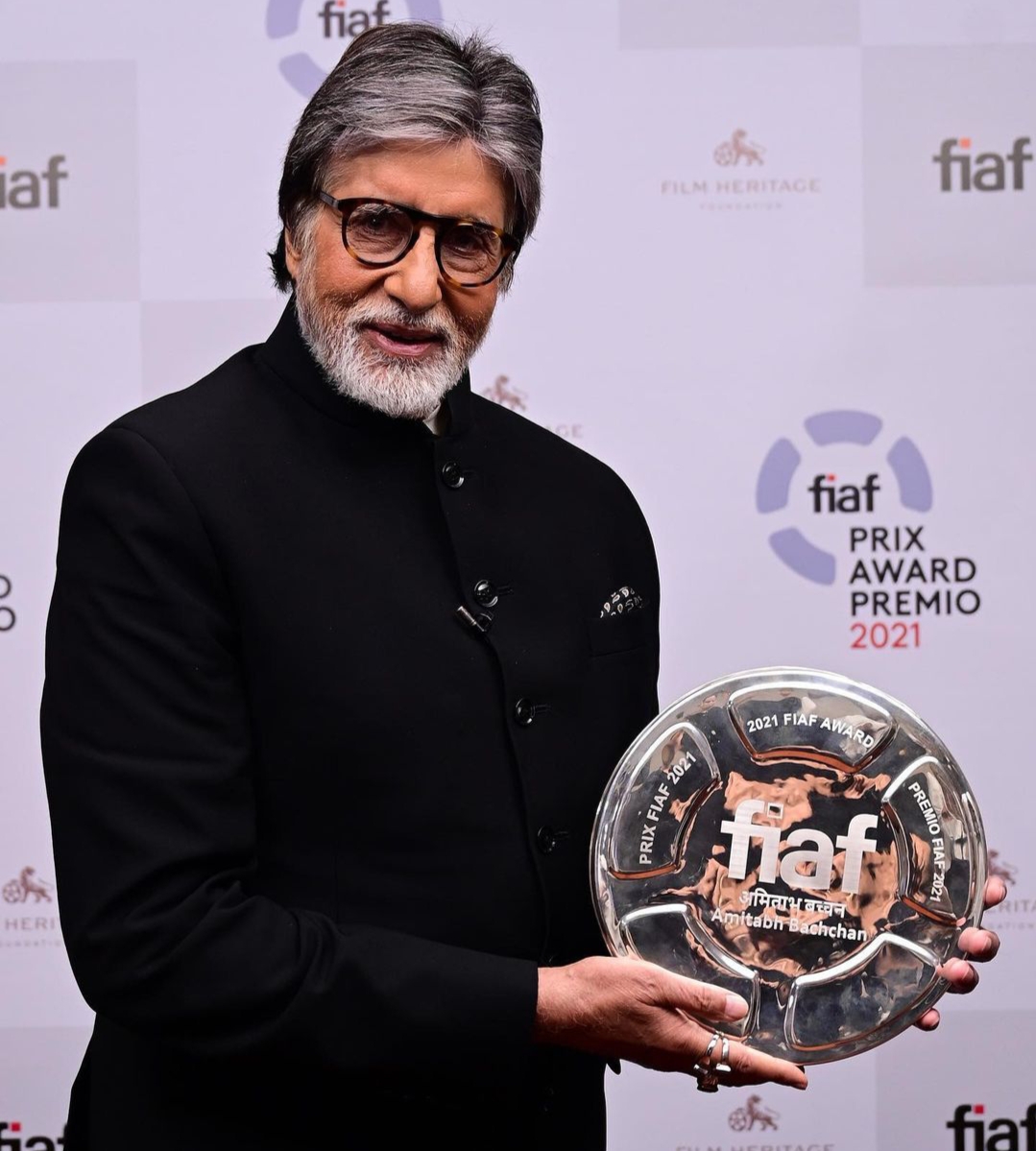 Dharmendra is known as the He-Man of Bollywood Dharmendra in the Hindi film industry as a strong, quiet, and dashing hero. He is not only a successful actor but also a famous politician. In the 2004 General Elections, he was elected as MP from Bikaner in Rajasthan from the Bharatiya Janata Party. He was criticized for his remark, made during his election campaign where he was quoted saying that he should be elected Dictator perpetuo to teach basic etiquette that democracy requires. Instead of attending Parliament sessions, he preferred spending time on farm work or film shoots. 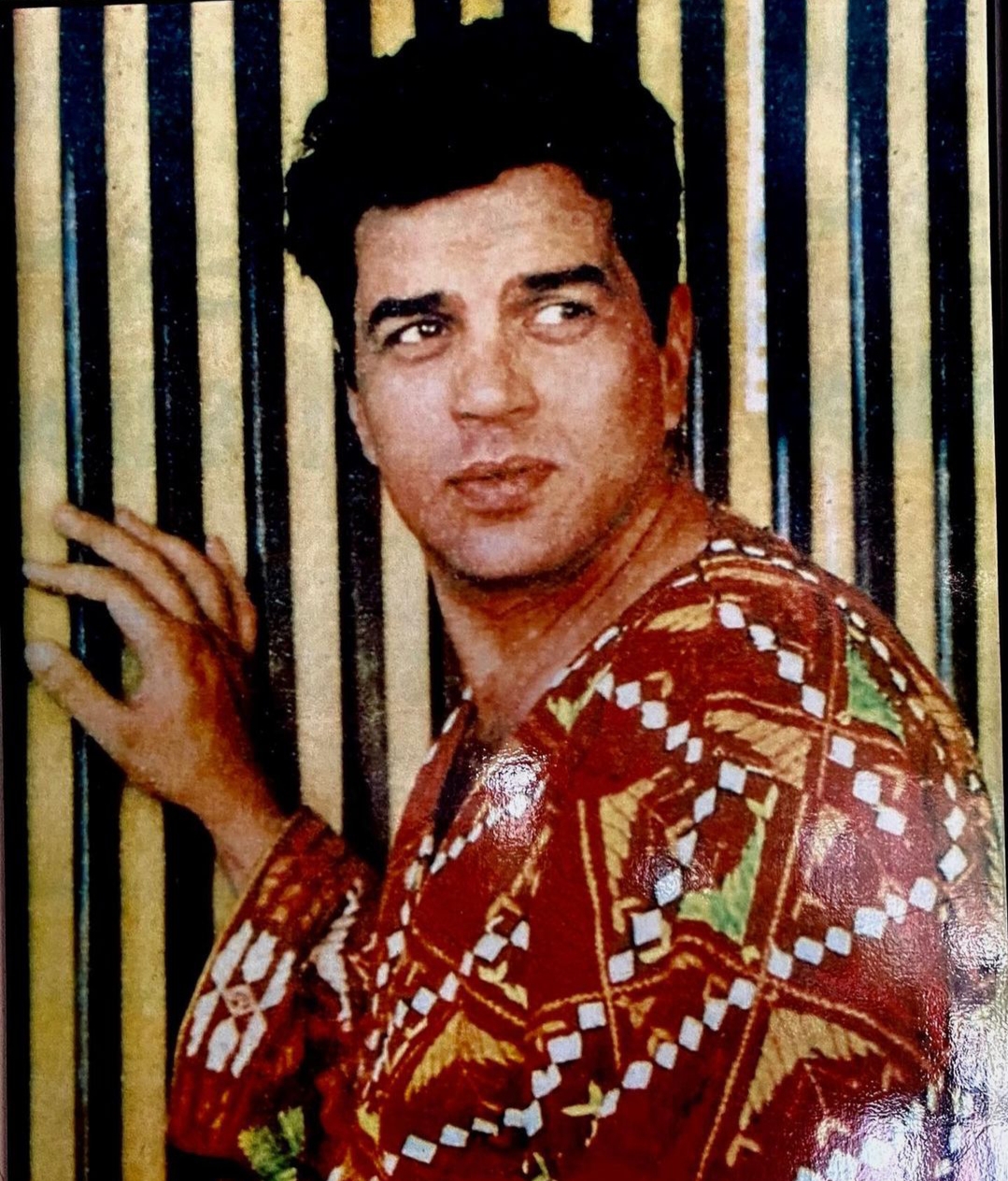 Raj Babbar, actor and lawmaker, entered politics in 1989 by joining the Janata Dal. He had later joined the Samajwadi Party and became a member of the Rajya Sabha from 1994 to 1999. He had been re-elected in the 14th Lok Sabha elections in 2004 and was later suspended in 2006. He also joined the Indian National Congress in 2008 and was then elected in 2009 as a Member of Parliament. In 2014 he lost the Lok Sabha elections to VK Singh. Raj Babbar is now serving as the President of the Uttar Pradesh Congress Committee. 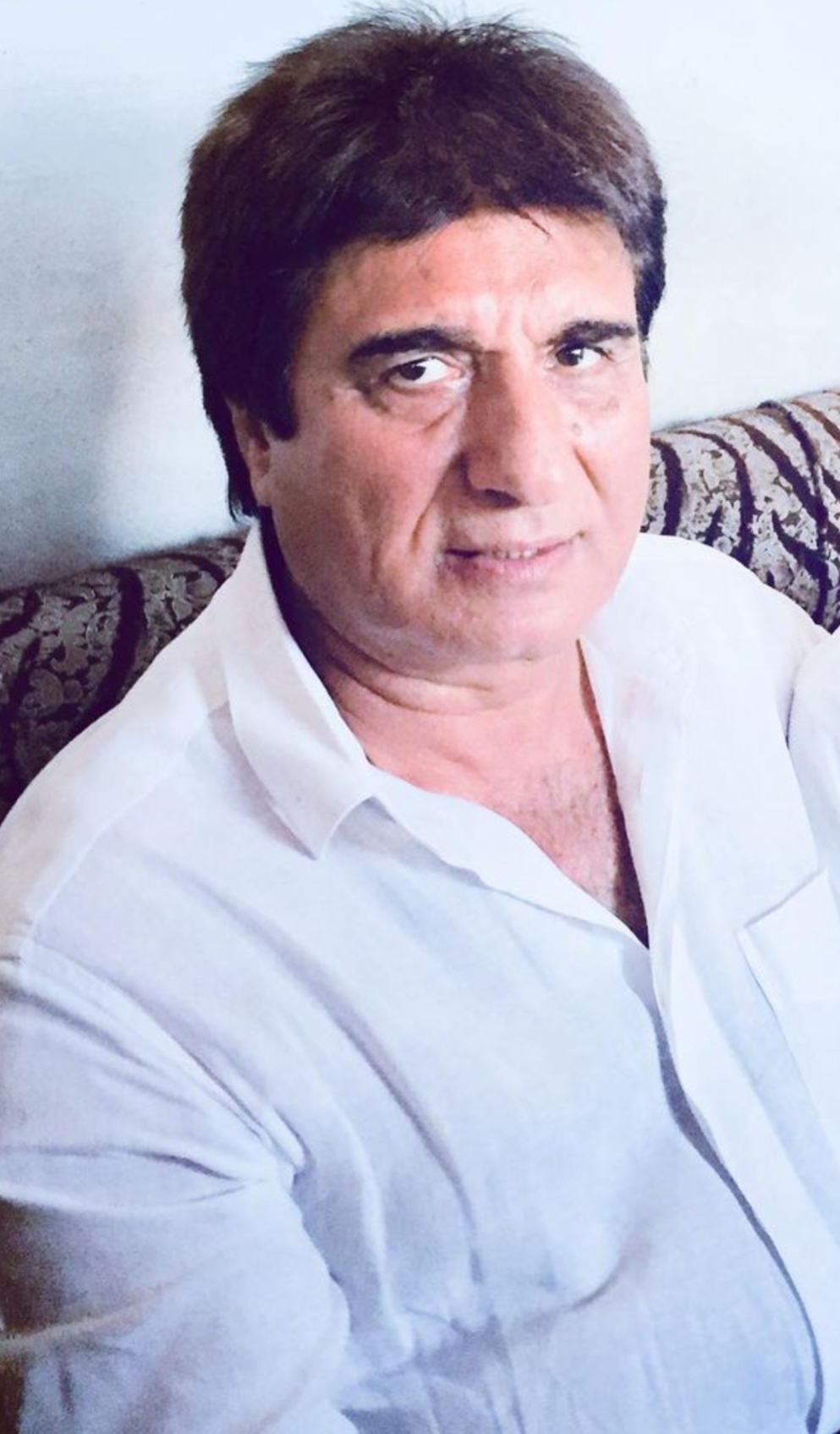 The most flourishing actor of Bollywood in 1990 was none other than Govinda. Although, he suffered a sting at the box office in 2000 and entered politics as one of the members of the Indian National Congress. He was later elected as the seventh member of parliament in 2004 for the Mumbai North constituency in the 14th Lok Sabha elections, and he also defeated Ram Naik from the Bharatiya Janata Party. Govinda was also criticized for his inaccessibility by the people of his electorate and hence drew from elections in 2005. 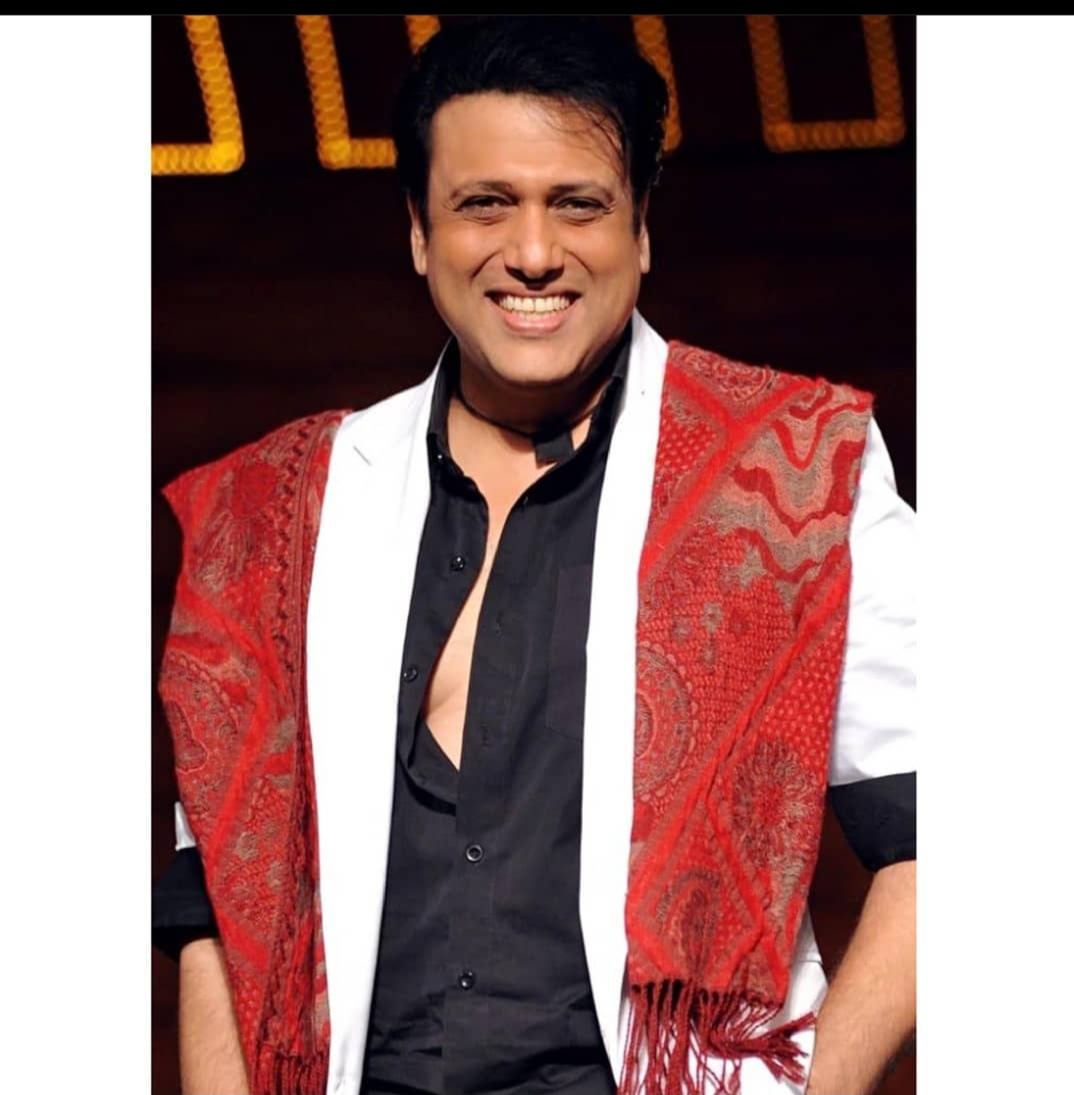 Gul Panag, former beauty queen, model, producer, actress, and activist, has never failed to inspire us. In 2014 she contested in General elections and was part of The Aam Aadmi Party candidate from Chandigarh against Kirron Kher. Unfortunately, she came in the third position with 1,08,679 votes, and Kirron had won the election with 1,91,362 votes. In 2017, she had also become a licensed pilot. 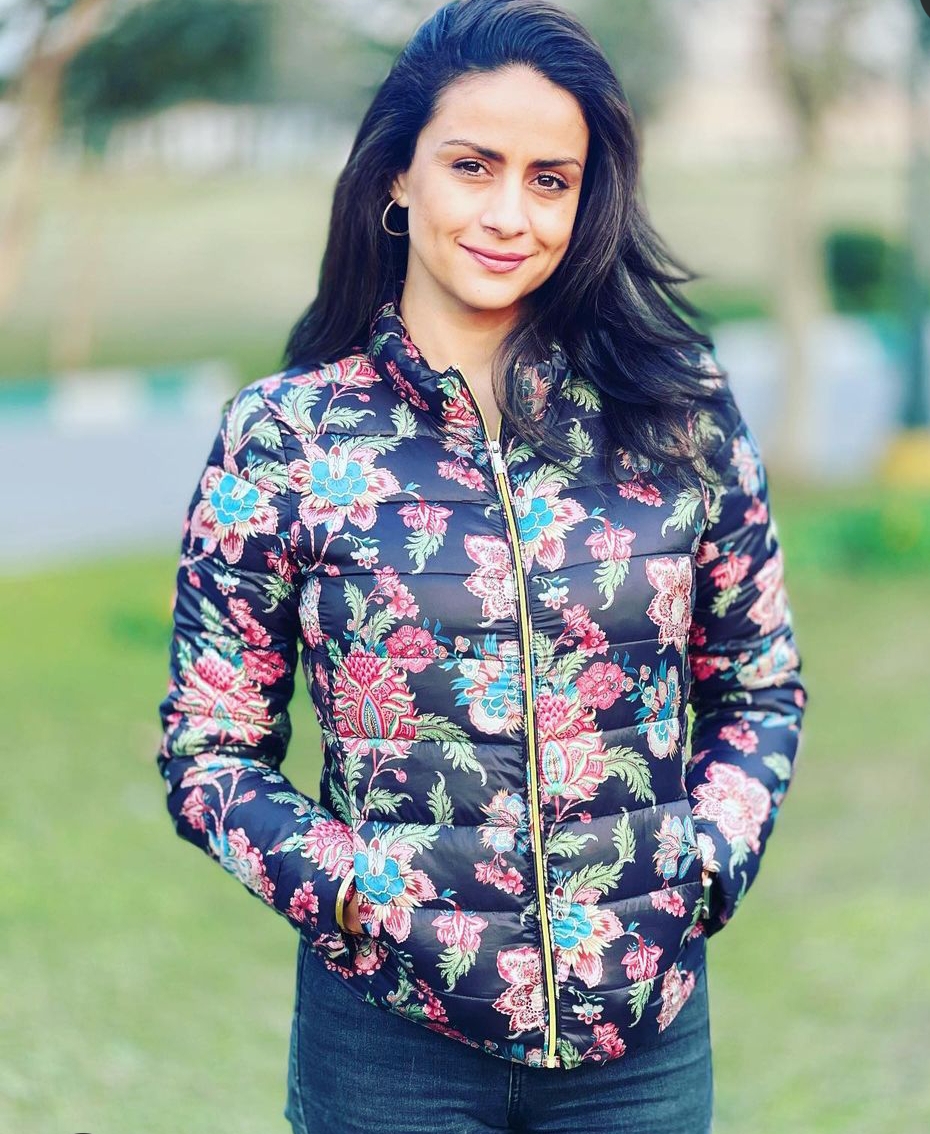 When he talks of this Bollywood’s favorite villain who turned to become the biggest hero of politics. He had entered politics by-election opposite to Rajesh Khanna in 1991. Unfortunately, he lost both the elections and also his friend Rajesh Khanna. Shatrughan, in an interview, revealed that the biggest regret in his life was to contest in the elections. Despite this, his successful political tenure had begun after he defeated Shekhar Suman in Bihar’s Patna Sahib constituency and 2009 won the general elections. 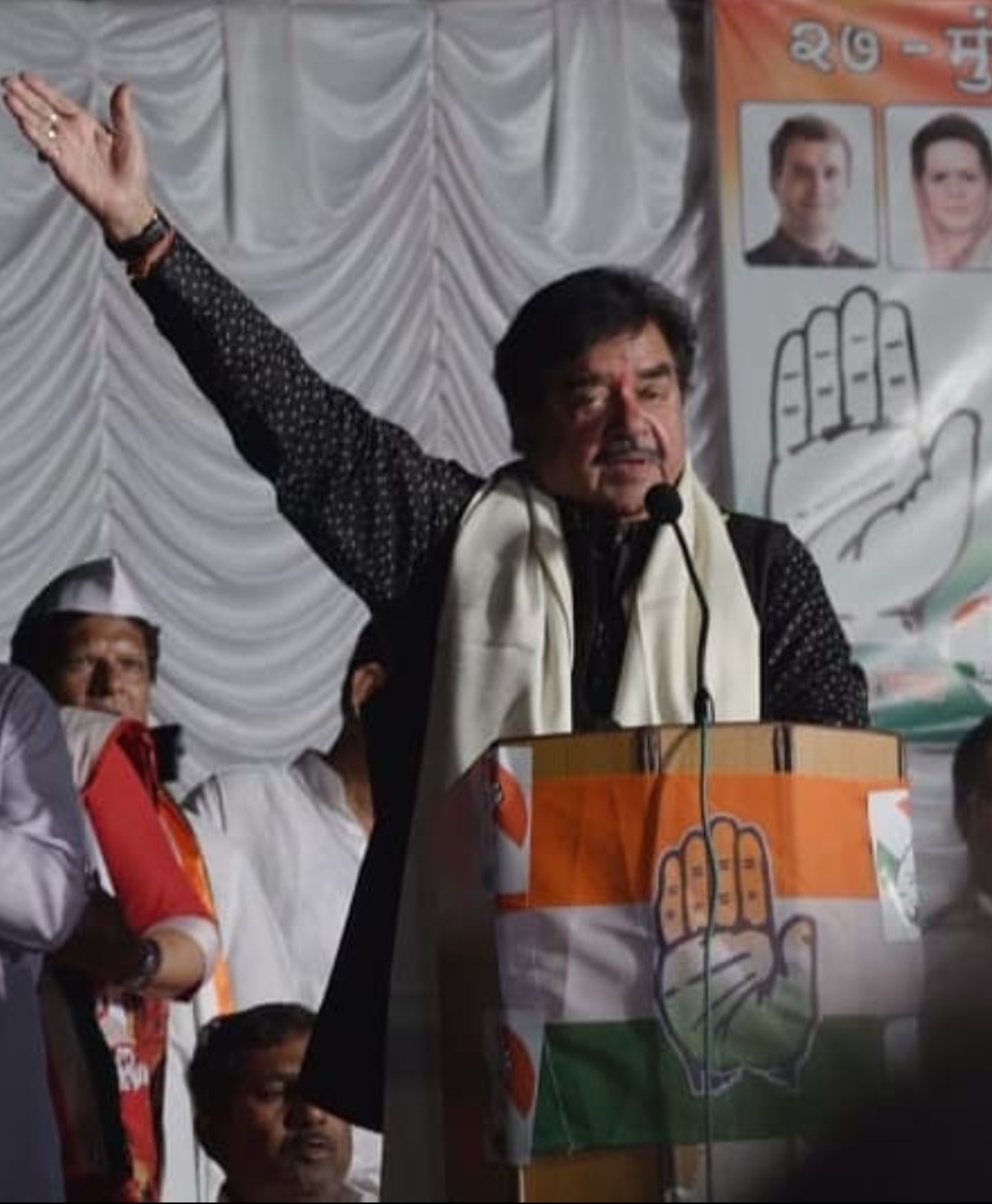 This former Bollywood actress Jaya Prada had left Bollywood and made her foray into politics. In 1994 she had started with the Telugu Desam Party (TDP) and soon left the party as it followed differences with party supremo N. Chandrababu Naidu. She then later joined the Samajwadi Party and contested from Rampur parliamentary constituency in UP and was re-elected again in 2009. 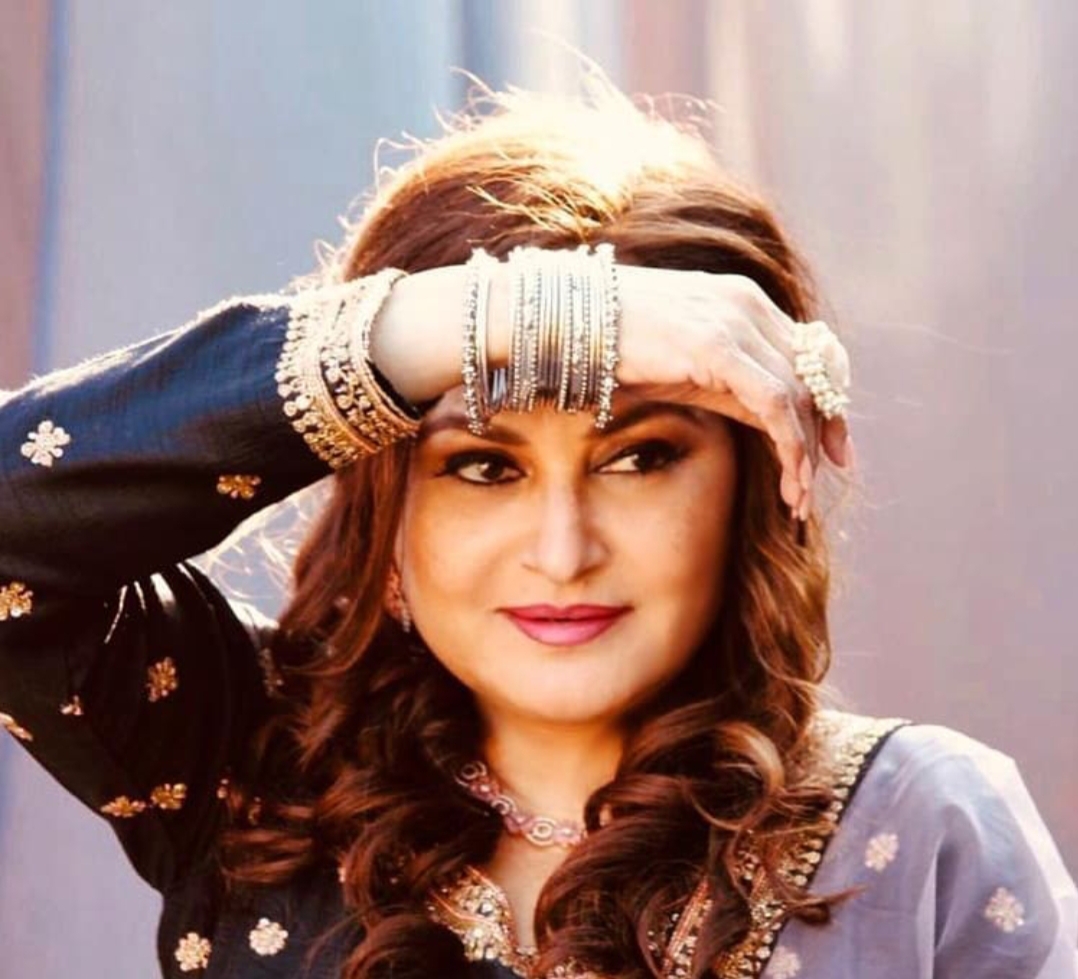