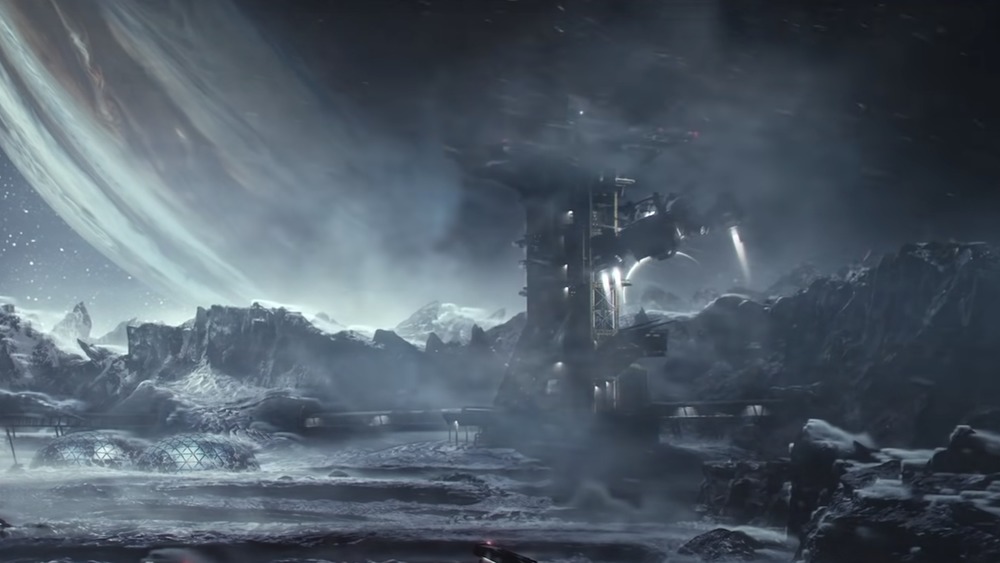 The Callisto Protocol is a new single-player survival horror game from publishers Krafton and Striking Distance studios with director Glen Schofield creator of the acclaimed Dead space series bringing the story to life.

Krafton is an independent game development team that is behind titles such as PUBG: Battlegrounds and Tera. While Striking distance studios is led by Glen Schofield, a veteran in the gaming industry who has created and worked on the Dead Space series and the Call of Duty franchise.

The Callisto Protocol has been compared to the Dead Space series, and if that is anything to go by, we are in for an intense ride filled with horrifically scary monsters and a great story.

Set in 2320 the game takes place on Jupiter’s moon Callisto, in a prison colony called Black Iron. You play as Jacob Lee a Prisoner at Black Iron Prison, a maximum-security penitentiary, the prison is then thrown into chaos when inmates start to transform into monstrous creatures.

To survive Jacob must fight his way through a prison of nightmares with weapons he’s found while uncovering the disturbing secrets buried beneath the surface of Callisto.

According to The Callisto Protocol’s official game website the game uses a “unique blend of shooting and close-quarters combat,” players will also need to adapt the characters’ tactics to beat the rapidly evolving creatures while scavenging for new weapons, gear, and abilities to escape the horrors of Callisto.

The website also states that the game will challenge players to skilfully use brutal combat by, “mastering a thrilling blend of melee and ranged combat, including a unique gravity weapon once used by Black Iron guards to control the prison population. Players will be forced to get up close and personal with their grotesque opponents, hacking off limbs, blasting off legs, and getting creative with whatever is at their disposal to survive each life-or-death encounter.”

The game is claimed to be the next-generation take on survival horror, “by blending atmosphere, tension, and brutality with terrifying moments of helplessness and humanity,” in a story that has unspeakable horror lurking around every corner.

If you are interested in experiencing the horrors of Jupiter’s moon for yourself, The Callisto Protocol is currently available for pre-order with its official release date set for 2 December 2022 and will be available to play on PC, PlayStation 5, PlayStation 4, Xbox series X/S and Xbox one.