Jurassic World Dominion: Looking Back at the Franchise’s Legacy 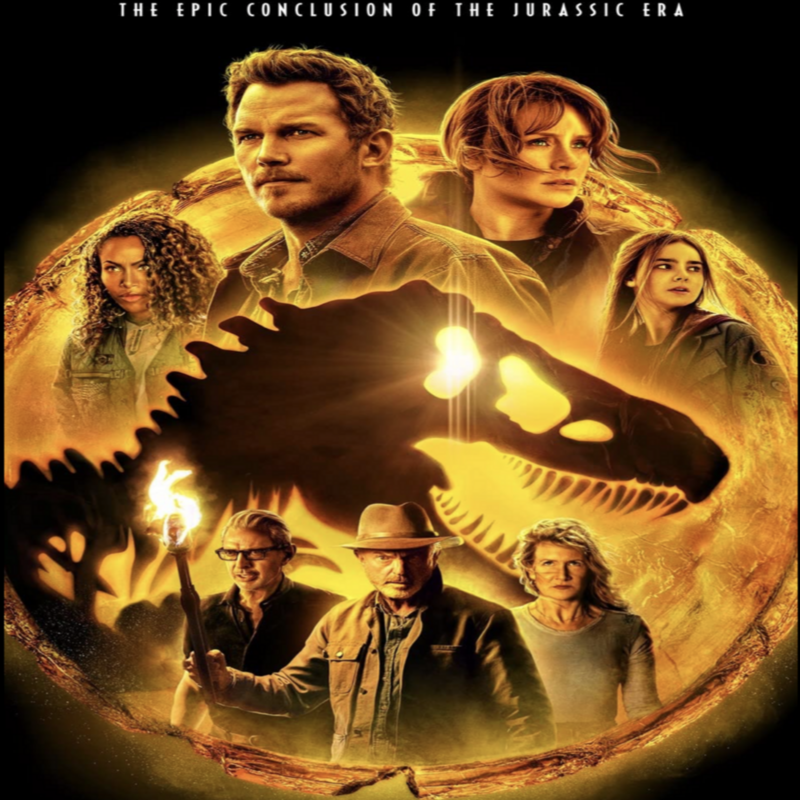 With the new Jurassic World Dominion movie coming to theaters on June 10, we are looking back at the legacy of the Jurassic Park franchise and what we can look forward to for the upcoming installment.

For context, the franchise is divided into two groups, each containing a trilogy. The first three movies are known as the original Jurassic Park, while the second trilogy, known as Jurassic World, takes place 20 years after the first movie.

The first Jurassic Park movie was released in 1993, directed by Steven Spielberg. This movie introduced us to some of the most beloved characters in the franchise, Allan Grant (Sam Neill), Ellie Sattler (Laura Dern), and Ian Malcolm (Jeff Goldblum). When the Dominion teaser trailer dropped, fans were shocked and excited to see these characters on the big screen again. But what does this reunion mean for the movie?

Dominion will be the conclusion of the 5 billion dollar franchise, so it has become a big deal to die-hard fans. According to the site Box Office Pro, the film is predicted to pull between 165 million to 205 million dollars for a three-day opening.

Nostalgia is one of the factors that will draw in viewers. Many of the people who watched the first movie in theaters are adults now who will be taking their own families.

It's not only the human characters that have captured our interest. The dinosaurs have been regarded by many as the true stars. The first dinosaur seen in the first movie, the T-Rex, has made numerous appearances throughout the films; she has been lovingly nicknamed 'Rexy' by fans.

But if there is one type of dinosaur that is ingrained in the minds of everyone, it's the velociraptors. They have become a staple in the franchise, and since their debut, their popularity has only grown.

From what was seen so far in the recent trailer, four years after the volcanic disaster that destroyed Isla Nublar, Owen (Chris Pratt) is on a quest to get back a baby raptor stolen from its mother, Blue. Blue is the beloved velociraptor from the first Lost World movie. Alongside his partner Claire (Bryce Dallas Howard) and adopted daughter Maisie Lockwood (Isabella Sermon), they will embark on a new journey that will take them all over the world.