Modelling And Toxicity: What Can Be Improved? 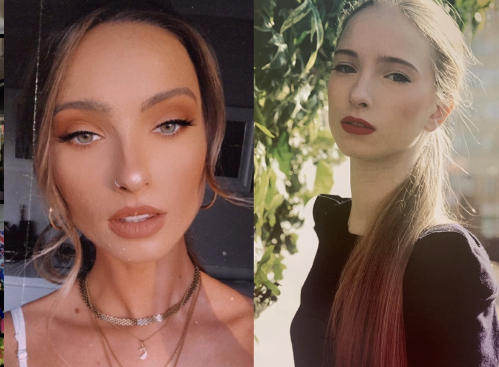 The modelling industry has been an allure to the public for centuries. The dynamic shades and eclectic styles are strongly accentuated thanks to models, who actively define the concept of glamour. For these reasons, becoming a model can mean partaking in something larger than life. While the high couture, colourful accessories and catwalks manifest the beauty of the industry, the modelling field has its downsides. High standards, long hours of work and general pressure can have a significant toll on models’ physical and mental health, particularly the younger ones. In the last decade, the industry has noticeably evolved positevely, giving space to diversity and inclusion. Models can tell us what yet has to be improved for their overall well-being. The idea of modelling began with individuals posing for paintings and portraits. In the early 1800s, the trend broadened: following the invention of the camera in 1816, models started to be photographed for newspapers and magazines. In 1853, modelling was labeled as a profession for the first time, when Charles Frederick Worth, the "father of haute couture", asked his wife to model the clothes he designed. In the mid-1900s, the industry boomed with the establishment of the first modelling agencies, such as Ford Models and later on, Wilhemina Models (USA, 1967), Ugly Models (UK, 1969) and Next Management (USA, 1989). As a result, New York and London grew into the hubs of modelling opportunities. The 1990s meant the beginning of the era of supermodels. Kate Moss, Naomi Campbell and Cindy Crawford were considered to be more than just models. They were fashion icons known worldwide, who feature in media and are highly paid in comparison to beginner models.  As explained in Popsugar, super model Claudia Schiffer said “In order to become a supermodel one must be on all the covers all over the world at the same time so that people can recognise the girls. That is, for now, not possible, not least because the advertising industry is very much taken nowadays by pop stars and actresses. Supermodels like we once were don't exist anymore.”

The advent of social media in the late 2010 brought an end to the elitist aspect of the modelling industry. Platforms such as Instagram, Facebook and Youtube meant a few radical things: it gave the arbitrariness to models, but particularly to ordinary people, for self-promotion and advertisement. In this way, ordinary people could open their account on a platform, post pictures of personal photo shoots and potentially get recruited by an agency who spotted them and get a contract offered. Brands of clothing and jewellery may also contact social media users in private direct messages and offering to pose or work with them as an associate. Instagram and Pinterest have been key, particularly for promotional models. While the supermodel might have “died”, the last decade meant the broadening of low-cost and effective opportunities for those aspiring to become models and luckily have a breakthrough in the industry. Social media opened a free communication between models and their audiences. They gained the opportunity to speak of their experience in the modelling industry and how it affects their day-to-day life. As Vogue says, the 2010s can be remembered as the decade in which a new movement towards inclusivity, acceptance, and fluidity began. Models such as Ashley Benson and Bridget Malcom shared their stories on the internet on their place in the industry. And because of this, modelling’s toxic side began to unravel: eating disorders, abuse of drugs and alcohol, which were employed to handle the pressure, came to the public knowledge. This ultimately led to the rise of documentaries focusing on this toxic side of fashion and modelling industries. “White Hot: The Rise & Fall of Abercrombie & Fitch” (2022) on Netflix explores the brand’s pop culture in the early 2000s and how it thrived on exclusion, particularly in the recruitment process of models. “Victoria's Secret: Angels and Demons” (2022) is to be aired next month on Hulu, presenting the story of the lingerie franchise and its implosion due to allegations of harassment at the top of the company, workplace toxicity and sexism.

The modelling industry has dramatically evolved over the decades. It is more accepting of ethnic and body diversity, and the possibility for the younger generation to enter the industry has also eased. But what else can be improved? To answer the question, we have interviewed Catherine Crisp, a former model. Catherine is 27 years old and currently works as a quantity surveyor in London. Before entering the construction industry, her career began with working as a model for five years.

How did you enter the modelling industry? What were your expectations? I entered the modelling industry when I was 15. I got scouted by Models1 at a shopping centre in London and they offered me a contract. I was a just young girl and it was all fun for me, so I had no expectations. The only "experience” I had was watching America’s Next Top Model.

How was your experience overall? I would say my experience was ok. I was very shy at the time. When I went to castings, I would feel inferior, not necessarily because of my looks but mainly because of my personality. I was constantly worrying about how I looked. I was getting measured all the time. On the other hand, modelling also helped me to grow. Being a model boosted my confidence and allowed me to gain independence by travelling around the city and meeting new people.

What do you think has changed of the industry and what can be changed? I think that the industry has changed a lot since I left 7 years ago. It is definitely more social media-based. This really allows more people to join the field and the conception of the skinny body has changed too. However, I do think more support is needed for younger models who are navigating the world of modelling. I had to do workshops for cat-walking but not on how I should present myself and it is something I would have needed at that age.