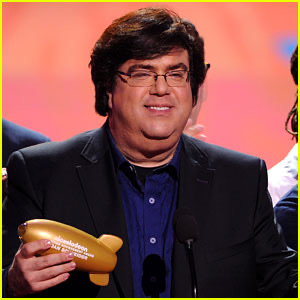 Ever since Jeannette McCurdy’s memoir “I’m Glad My Mom Died” was released on August 9th, more information has come to light regarding the mistreatment of staff along with the sexualizing of child actors on a plethora of his shows. Many have come forward stating their discomfort around the creator and producer of hit shows like iCarly and Victorious. From actors to writers, right down to crew members.

One of the most recent stories of inappropriate behavior and script writing was told by Alexa Nikolas who played Nicole on the first season of Zoey 101. She recalls a scene where the star, Jamie Lynn Spears, was being repeatedly squirted in the face with an egg white substance that was a light green color. The substance was meant to be candy on the show. However, Nikolas remembers the cast and crew laughing at Spears making highly inappropriate remarks. Per Business Insider, “Nikolas said she heard one of her male teenage cast mates say, "It's like a cum shot." Spears was thirteen years at the time of this incident. This was just one of many scenes where both the cast and crew felt that the script was too sexual for a children’s show consisting of minors.

In addition to the inappropriate scripts that were written by Schneider, it was also revealed that he would take the cast out for dinner and often have the teenage actresses sit on his lap. Many of these instances were photographed. The female crew members, who were kept anonymous, stated that he would hug them for long periods of time as a joke which made the environment uncomfortable. On top of that, it was also told to Business Insider that he rarely hired female writers as he found that they were not funny. Someone close to Schneider has since come forward to state the following about Schneider: “regrets ever asking anyone and agrees it was not appropriate, even though it only happened in public settings.”

Furthermore, Schneider’s pull had no end. When it came to the wardrobe for the teenage actresses, he would pull for the wardrobe to be “skimpier”. Daniella Monet, who played Trina Vega, stated that she would not wear some of the outfits she wore on the show now as an adult. Stating that it was not age-appropriate.