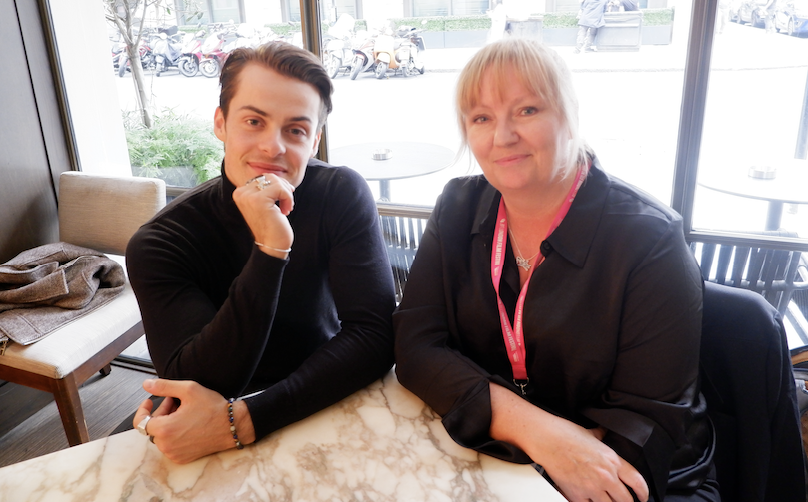 Pregnant women, newly moved-in couples, and dreams are probably the most common motifs in horror films: the hope of something new and the fear of death are two sides of the same coin. In Kjersti Helen Rasmussen's new directed movie NightMare, a lovely couple, Mona (Eili Harboe) and Robby (Herman Tømmeraas), move into an antique and rather uncanny flat. 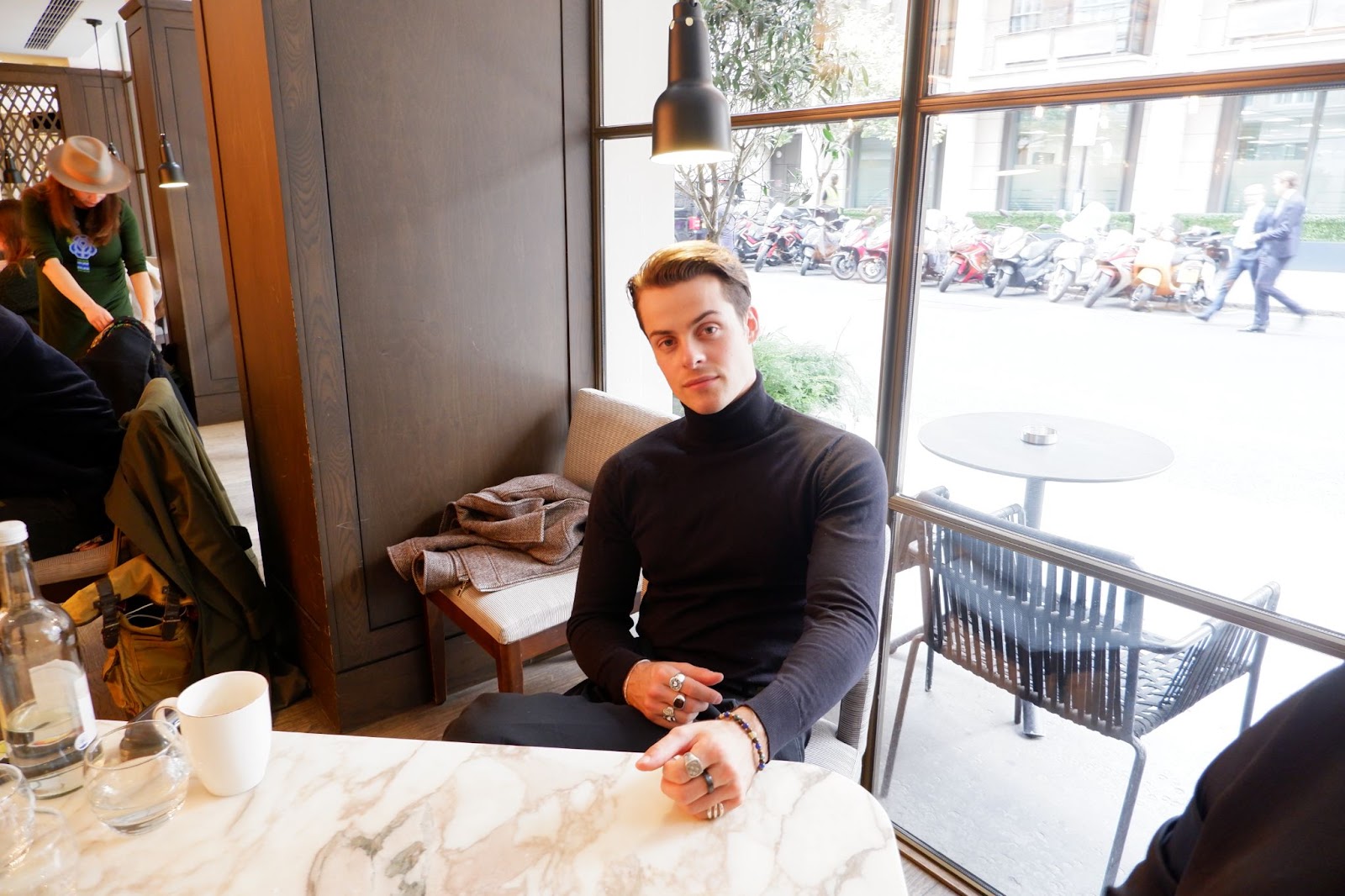 Mona begins to have nightmares every night and, after discovering her unexpected pregnancy, is convinced that a demon has targeted and possessed her unborn child. The line between reality and dream is further blurred when a doctor specializing in sleeping disorders tries to conduct experiments on Mona.

I am very honored to represent The SocialTalks to interview director Kjersti Helen Rasmussen and actor Herman Tømmeraas during the 66th London Film Festival, during which we discuss several exciting topics within and outside the movie.

Q1: What is the symbolic meaning of the sound of the fly inside the movie?

A1: This is the brilliant work of my sound designer. Before we shot the film, he read the script and talked about insects, but we didn't talk about specific insects while working in the studio. For him and me, it was the specific traits of the flies circling around dead people and attracted to death.

It was like giving a specific sound that can trigger something, in low frequency and high frequency, and there's this airy feeling anyway. Still, it also has an association with death for me. So it's like giving the demon a sound that we could use to trick. We did a lot of base on the frequency of the flies, the audience may not recognize it as the fly, but it is the fly. It's just sometimes very low.

Q2: As an audience, I was pretty frustrated from the movie's first half, telling reality from dreams. Did you intentionally blur the line between those two to let the audience mimic the condition of the characters?

A2: Yes! I want to do a really close and subjective film, close to the main character Mona, to be as close to her as possible. By saying 'be subjective,' I mean to see and to feel, and I want to do that to help us get the feeling of having a similar experience. But also, I remember when I wrote it, I was curious about how many times I could fool the audiences, you know, in another dream.

I experiment with this transition in the script, but when we add it into the film, we sort of change here and there. It goes similarly as a sleeping cycle. You are awake, then you are in a dream. I can do that as many times as before the audiences get annoyed. That was a challenge, but I think that was always a challenge when you do films about dreams–how many times can you do in and out before the audiences know.

Q3: Considering your mention of the mare from Nordic Folklore, a monster who had sex with its victim at night, does it suggest an inseparable relationship between sexual desire and fear?

A3: In the oldest description of the experiment, it was explained as the demon. That's the way they explained it a hundred and a thousand years ago. Today we demonstrate it with psychoanalysis, but still, it's the same experience of being abused and attached. Very often, if it's a woman who is experiencing this depression, she's usually sexually attacked. I think it tackles one of the biggest fear that women have, which is to be sexually attacked or abused.

It's the same story from different cultures. It's just playing the biggest fear that we have. It might be different for a man to have sleep paralysis. I don't think it's that often or that sexual, but it can be like a female demon. There is the same demon in the male and female in the Latin language. So if it's a woman, it's a male demon, etc. It's interesting, but I think it presents a fear that women have internalized. One of the biggest fear was sexual assault, and it still is.

Q4: I understand the title Nightmare as two-folded. The first is explicit, pathological sleep paralysis and an implicit patriarchal nightmare. What do you think of those two kinds of nightmares?

A4: The two worlds are definitely influencing each other, and it's like her real life is spiraling down: she starts lying, she starts hiding what's going on, but she can't really do this on her own because she needs help. That's why she goes to this doctor who can help, but he is very obsessed with his project, so it turns out that he may not seem like the best help.

It comes as what I call a living nightmare like the nightmare influences her real life very much indeed. Her confusion about whether she is dreaming or awake is growing more and more as well. That's the intentional step to becoming a nightmare. If you are haunted by the nightmare demon, it is going to influence your life.

Herman Tømmeraas: I think it is a great way to show how hard it is to explain something like this because we are talking about a phenomenon that hasn't been properly explained: we do have some scientific measurements which provide some sort of understanding, but at the same time it's impossible to point out what exactly is happening. Having the possibility to portray how hard it is to explain to your family and your loved ones that 'I am literally being assaulted every night', capturing the reaction to it in disbelief. The people around us told her, 'you are just tired, you need to sleep more', which did not provide any help for the problems. I imagined that was probably the most challenging part.

Q5: This is a question for Herman specifically. In the movie, you act as the good and lovely boyfriend and the evil demon at night. Is there a specific strategy you employed to differentiate those two characters?

A5: Roby is the character doing a lot of the emotional stuff, figuring out what he will do with his life, which is the most challenging part. The demon isn't really challenging in that sense because he is reticent. He didn't say much. It's just his presence that I have to work with. I want to figure out how much I can say with just my eyes. So changing between them wasn't really that bad. It's kind of just me, with a meaner look.

Overall, Nightmare is a complete thriller with various popular elements. It will be released in February, 2023.