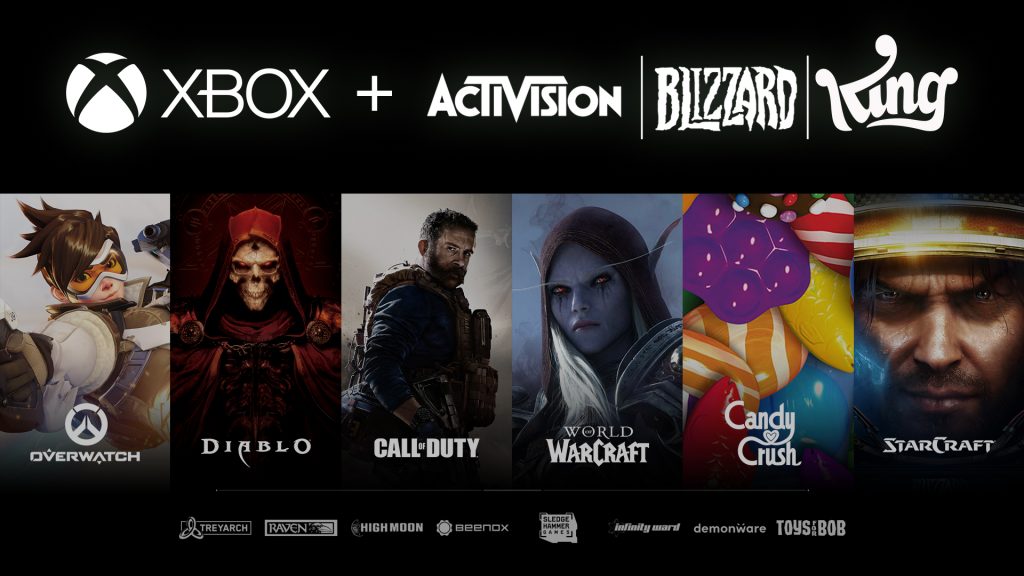 In recent years, consolidation has become a heated topic of debate in the entertainment industry. Following the purchase of 20th Century Fox (and all of their film properties) by The Walt Disney Company in 2019, consolidation was constantly discussed throughout the media landscape. Just recently, the conversation kicked back up after Amazon’s acquisition of MGM closed this year.

Consolidation hasn’t only affected the film industry, however.

In late 2020, the video game industry went through a cataclysmic event (aside from the unfortunate effects of the pandemic). On September 21, 2020, the Microsoft corporation (owners of the Xbox brand) announced their $7.5 billion agreement to acquire Zenimax Media, the parent company of Bethesda Softworks. Bethesda, a giant in the video game industry, was an independent publisher that owned IPs such as The Elder Scrolls, Fallout, Dishonored, Doom, & Wolfenstein series. At the time, this was the largest acquisition in gaming history. The purchase also brought Microsoft 8 new development teams, bringing their new total to 23.

The move shocked the industry. Something like it was never before thought possible. Contextually, it wasn’t Microsoft/Xbox’s first significant gaming acquisition (they purchased Minecraft for $2.5 billion in 2014), but something on this scale had never happened. It especially stirred debate amongst (mainly Playstation) console users, some of which were now afraid that they would no longer have access to Bethesda’s massive catalogue of games due to Xbox exclusivity. Consolidation was now beginning to be brought up in many gaming discussions. Questions about Microsoft possibly becoming a monopoly were often being asked.

It was a colossal event in the industry, no doubt, but it was just the beginning.

The acquisition ignited a buying spree throughout the industry. The consolidation discussion only elevated further after purchases such as Zynga by Take-Two Interactive ($12.7 billion) and The Embracer Group’s constant gobbling up of studios. An industry that used to be filled with diverse, independent publishers now found itself with far less. Debates eventually reached a boiling point in early 2022, after one of the most shocking purchases in the video game industry occurred.

On January 18, 2022, the Microsoft corporation announced its intention to acquire Activision/Blizzard for $68.7 billion (in cash). This acquisition made the Bethesda purchase look like child’s play, costing Microsoft nearly ten times as much. Microsoft would now own tremendously popular franchises such as Call of Duty, Diablo, World of Warcraft, and Candy Crush. This purchase would once again add to Microsoft/Xbox’s first-party portfolio, giving them a controlling grip over multiple genres (especially FPS’s and MMO’s). Like Bethesda, a purchase like this was unthinkable before it happened. The Xbox monopoly fears quickly spread throughout the gaming world, with many fearing what the industry’s future might look like now.

Although, that discussion seemingly slowed down from fans after Sony (owner of PlayStation, Microsoft’s competitor) joined the ‘acquisition war’ by purchasing Bungie (creator of Halo and Destiny) for $3.6 billion. Sony isn’t done, seeing as how CEO Jim Ryan has recently said, “We acquired five studios during the course of 2021, we’re in discussions with Bungie, and we have more planned.” After Bungie’s purchase, the conversation moved from constant fears of Microsoft’s monopoly to industry-wide panic about consolidation. That panic will undoubtedly continue, seeing as two out of three prominent industry leaders have been open about their intentions to acquire more. Add on to that the recent news that massive publishers like Electronic Arts and Ubisoft have an apparent interest in being purchased.

While speaking with Gamesindustry.biz, industry analyst David Cole had this to say, “Consolidation leads to more consolidation, so this is just getting started.”