Climate Protestors Glue Themselves To The Hay Wain 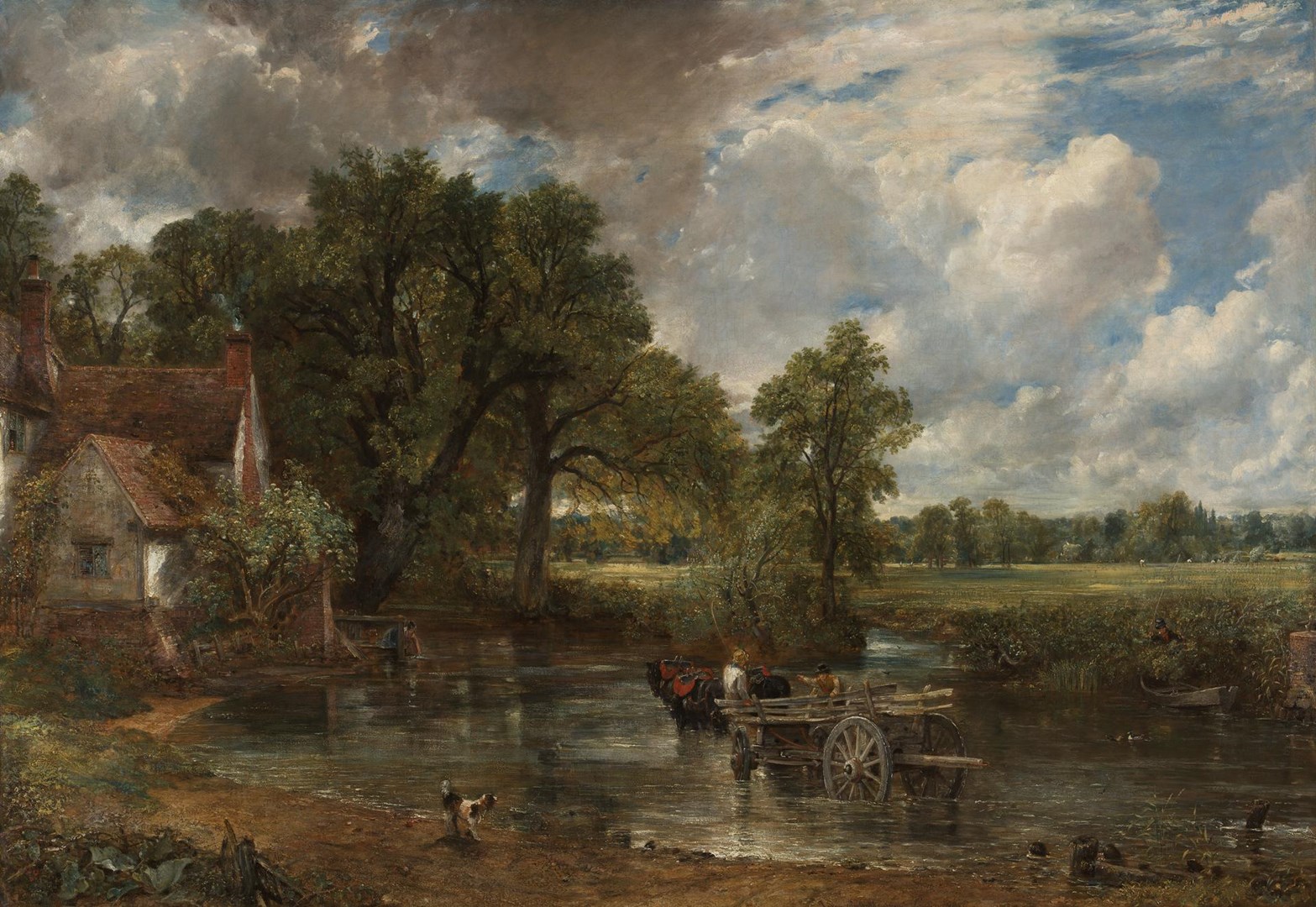 Climate protesters have attached themselves to a John Constable masterpiece in the National Gallery and defaced it.

At around 2:00 pm yesterday, two activists from Just Stop Oil (JSO) stepped over the rope barrier in front of the Hay Wain oil painting and attached their own version over the top of an apocalyptic future and glued themselves to the frame.

Painted in 1821 by John Constable, the Hay Wain shows a hay wagon travelling across fields in the  beautiful Suffolk countryside, with a river running past a cornmill behind the wagon. Ever since it was acquired by the National Gallery in 1882 it has been one of the gallery's most popular paintings.

Tourists, art lover’s and a school trip consisting of 11 year olds, were witnesses to the ordeal. The National Gallery blocked off the room at about 2:25 pm and police arrived on the scene and arrested the protestors at 4:00 pm.

The painting was removed from public viewing and the damages were assessed by the  National Gallery. The National Gallery said that there were minor damages to the frame and some ‘disruption to the surface of the varnish on the painting - both of which have now been successfully dealt with.’

The protesters, 22, music student Eben Lazarus and 23, Hannah Hunt from Brighton, wearing white T-shirts with the slogan Just Stop Oil. Each placed a hand on the frame of the painting and kneeled beneath it before loudly stating their concerns about the UK’s use of oil for energy as visitors were directed out by security staff, the National Gallery said.

The printout that the protestors put on top of the Hay Wain depicts the same landscape but with roads, dead trees, lots of planes flying overhead and a polluted sky.

Just Stop Oil, the group the protestors are a part of, said that the image they put on top of the Hay Wain, depicts what could happen to the landscape if nothing happens about climate change.

This is not the first art piece JSO has defaced, last week they targeted a 19th-century landscape by Horatio McCulloch called My Heart's In The Highlands. They are also suspected to have sprayed the group's logo on the walls and floor of Kelvingrove Art Gallery and Museum.

On Sunday, the group stormed the track at the British Grand prix during the opening lap at Silverstone to protest the lack of renewable energy being used.

Eben Lazarus who described himself as an art lover said: ‘Art is important, it should be held for future generations to see… when billions of people are in pain and suffering, what use then is art?’

The painting  will be rehung in room 34 and will be in public viewing on Tuesday.