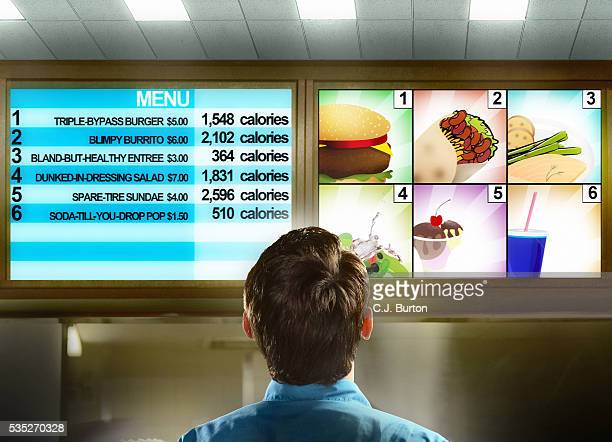 Fast food menus with climate impact labels are a way to make the environment more sustainable with people choosing foods that don’t produce harm to the planet, according to American Researchers.

A study was published on Tuesday that tested the impact of positive and negative climate impact labels on menus on the food choices consumers make when they eat in a restaurant. Professor Julia Wolfson, a food policy expert at John Hopkins Bloomberg School of Public Health, led the study in hopes that she can encourage people to make eating choices that could help to combat climate change.

“If at a population level, we made even just some minor shifts to the way we make our food choices, substituting some beef items for less impactful choices, there can be a measurable effect on climate change,” Wolfson said. “So, how do we nudge those choices in that direction?”

Fast food is extensively consumed in the American culture, with more than a third of the American population ordering fast food daily. With fast food restaurants producing food that contains meats that are high in calories, it conflicts with the number of gases emitted from farming that impact the environment.

According to Nature Food, food systems are “responsible for a third of global anthropogenic GHG emissions.”

“Beef is the biggest culprit,” CNN said in an article. “Yet Americans eat a huge amount of it, consuming an average of 57 pounds per person per year, compared to a global average of 14 pounds.”

According to The Guardian, the production of beef is “responsible for 14.5% of global greenhouse gas emissions and is an important modifiable contributor to climate change.” In the study, Wolfson observed to see if having climate impact labels on food menus would reduce the chances of customers eating foods that were considered to be less sustainable.

Wolfson’s study had 5,000 participants in the United States that were placed in three groups that had different kinds of menus: one menu contained beef burgers with red labels that said “high climate impact” while another menu had chicken, fish, and vegetable meals, with green tags that said “low climate impact.” The third menu contained no climate information.

According to Wolfson, diners were requested to score their meals out of 7 for how healthy it was. The results showed that the participants given menus with green labels were more likely to achieve their menu higher than the control group when in reality, none of the fast food items were healthy. Wolfson refers to this outcome as a ‘health halo’ effect, where a positive aspect of a food item makes it appear more beneficial than it is.

There are limitations to the study that includes the participants doing the survey online rather than in person and the menu does not have side dishes or beverages. These factors can produce different outcomes but are yet to be experimented with.

The United States currently does not have climate impact labels on the food that is sold, and with the impact that it could have on the selling of meat products, it is unlikely that the food industry would implement the labels willingly.

“It is unlikely that the industry would voluntarily adopt a negatively framed label approach,” Wolfson said in an article. “Such an approach may need to be mandated or incentivized via legislation or regulation.”

4 Things You Must Eat To Enhance Your Immunity This Winter