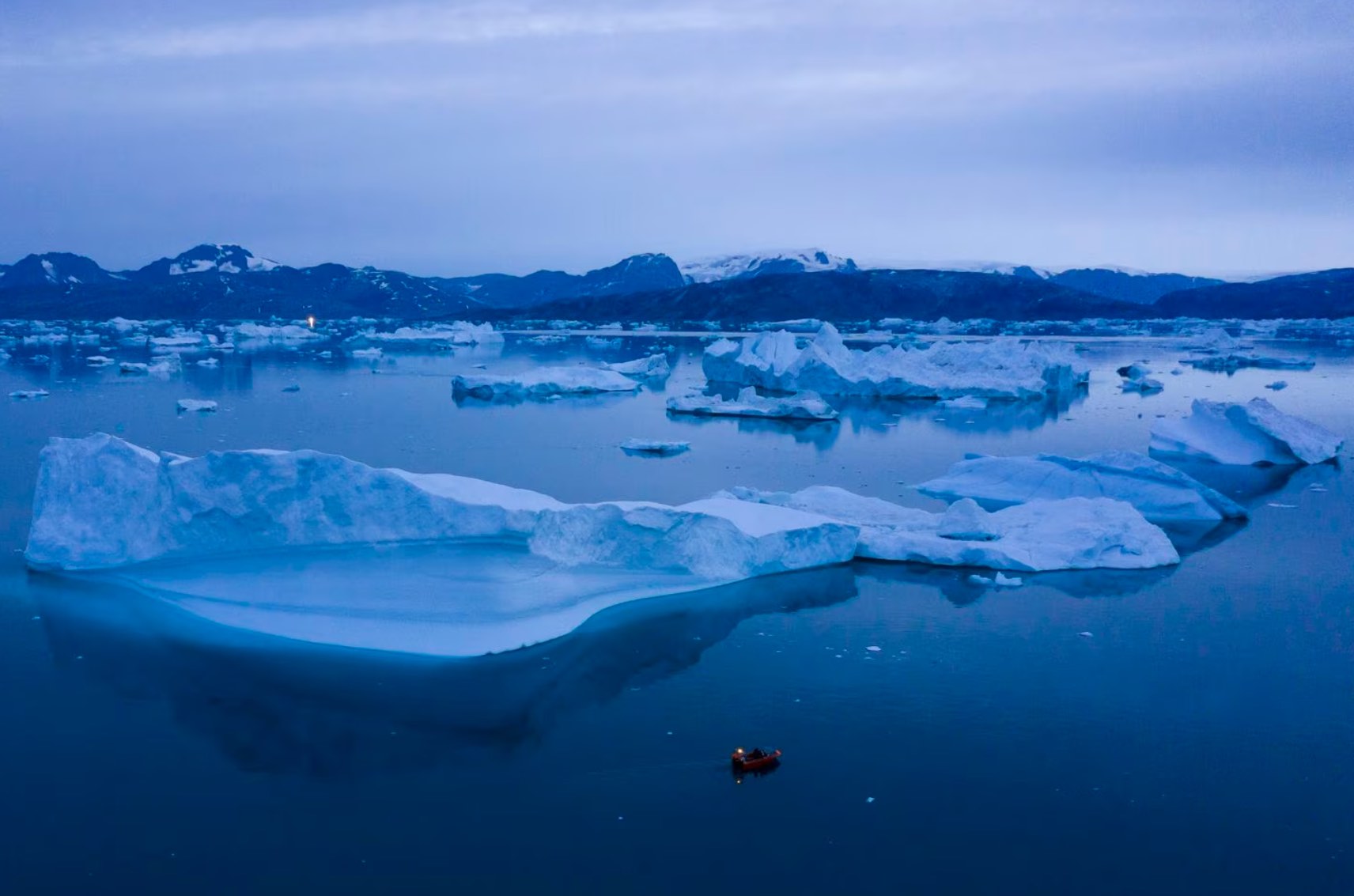 On January 18, 2023, at 11:07 a.m., a sharp spike takes a turn in Greenland temperatures. The northern island is now 2.7 degrees Fahrenheit warmer than its twentieth century average of negative 1.534 degrees Fahrenheit. The warmest it has been in more than a thousand years. This warming spike mirrors a sudden rise in the water from Greenland's melting ice.

In the past there has not been a clear signal of global warming on the north-central part of the island compared to the rest of the world. This is due to how long it takes to produce new data, there is a lack of evidence that scientists can gain regarding the island. Since new data came out regarding the island’s core, it is clear that the temperatures have dramatically risen.

The Arctic is one of the fastest-warming regions. Past data has shown that Greenland is warming slower than the rest of the Arctic. However, it is warming four times faster than the global average. The air temperature in Greenland has increased by approximately seven degrees Fahrenheit since 1991. The temperature increase since 1995 shows much more significant effects than in pre-industrial times.

The reasoning for such a time is due to the ice core data, which shows that Greenland behaves differently from the Arctic due to Greenland blocking. This blocking creates a weather block stemming from Greenland and affecting Eastern Asia and Atlantic Canada. The block creates a ridge of high pressure which slows the progression of weather systems. The rising air temperatures and warm ocean waters work together to speed up the melting of Greenland's glaciers. The combination of these circumstances has led to Greenland’s ice sheet rapidly melting.

Greenland is the world's largest island, with one of the smallest populations. A vast body of ice covers most of the surface, taking up eighty percent of the island. This ice is known as the Greenland ice sheet.

Findings published in the Journal Nature Geoscience shares a new perspective on the forces driving the ice loss on the world's second-largest ice sheet. Greenland is losing an average of 250 billion metric tons of ice annually. There are two causes to blame for this mass amount of change.

Warm air temperatures which cause the rapid ice caps to melt is one of the major reasons for such an effect. This melting accounts for half of the ice loss in Greenland ice per year. The glaciers at the ice sheet’s edge crumbling into the sea due to the melting is a second major reason for this effect. The warming causes the glaciers to become unstable and eventually collapse.

New findings show that the melting is not just due to warming ocean waters. Instead, it has to do with rising air temperatures. Warm air caused the surface of the ice sheet to melt. It then leads to meltwater running into the ocean. When this happens, the water begins to churn, and that turbulence causes heat to rise from the ocean's depths. This warms up the water that comes into contact with the ice.

Donald Slater, a scientist at the University of Edinburgh, explains the process by comparing the Greenland warming to the melting of ice cubes in a glass of water. The ice cubes melt faster when the water is warmer and when the water in the glass is stirred.

If Greenland continues to warm, leading to excess melting of the world's glaciers, severe consequences will exist. According to NASA, if meltwater from the melting Greenland ice sheets flows into the ocean, Earth's rotation will change. The possibility of this can only happen if the meltwater makes it into the ocean, causing sea levels to rise.

If the Greenland ice sheet were to melt entirely and all the meltwater went into the ocean, the sea level would rise by seven meters, leaving many low-lying coastlines and islands submerged. The rise of sea level would cause the Earth to rotate slower, meaning the length of the day would grow larger by two milliseconds.

There are still ways to save the ice in Greenland. This can be achieved by cutting back on greenhouse gasses and limiting the global temperature increase to below 2 degrees Celsius above pre-industrial times. The speed-up of Greenland's melting glaciers and warming spike combines atmospheric and oceanic variability. This warming spike in Greenland is the public’s warning that a change must occur to protect the planet.