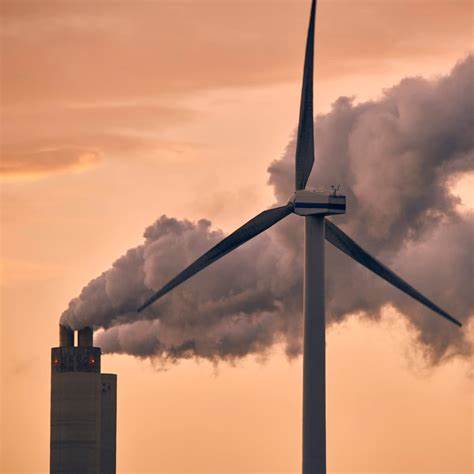 The UK’s electricity grid started its historical incline following the 1920s when domestic and industrial energy supplies expanded from a net 3.98TWh to 293.75TWh by 2022. Privatisation of the electricity markets in the 1990s resulted in a restructuring that increased the number of electrical suppliers by 60%, mainly for the domestic sector as the UK continues to import most of its energies for industrial use from Europe. Historical electricity data has shown that the electricity grid has become twice as efficient over the past six decades, with transmission losses declining gradually and domestic consumers diversifying their energy sources with renewables.

In 2021, the UK produced 254,665/GWh of electricity at an energy mix of 21.83% natural gas, 9.90% nuclear, 6.60% wind and solar. The proportion of electricity derived from renewable energy sources has been steadily growing with increasing accessibility, lower marginal costs, and growing awareness of the ill effects of fossil fuel energies. Renewable energy use has increased by 6.5% over the past year - mainly from imported offshore wind energy - and currently shares 45.5% of total electricity generation.

However, overall electrical energy demands have fallen this year chiefly from supply-chain disruptions, warmer temperatures, and the ongoing cost-of-living crisis.

Whilst the cost of electricity differs according to suppliers and region, leading companies like British Gas and EDF Energy are expected to increase their wholesale gas prices by 82% - a huge financial shock for most households broadly because of global supply and demand issues. The average variable unit price of electricity in 2021 was about 22.77p/KWh or a total annual spending of £764 whereas this years electricity price highs are expected to double last year’s costs to a projected 51p/kWh. Additionally, the UK energy sector may face future problems depending on the chosen post-BREXIT trade model as it influences the nation's degree of access to European energy markets and decision-making power over EU energy policies.

With this understanding, a set of policy frameworks to meet the UK’s ever-growing domestic demands whilst reducing the electricity sector’s CO2 emissions towards decarbonisation is needed now more than ever.

In 2020, renewables eclipsed fossil fuels in supplying electricity. Therefore, investments that will quadruple present offshore wind capacities and double solar power generation are highly recommended to secure such energies as some of the leading alternatives for electricity generation. The rationale behind this recommendation is the fact that it has well-documented benefits for human and environmental welfare, income and employment opportunities, and an overall reliable and stable future energy supply for consumers. Nonetheless, whilst renewables are a critical attribute for decarbonising the UK economy’s electricity sector, these supplies may have higher upfront capital costs and lower efficiencies in energy generation. Solar power, for example, has an efficiency of 25-35% due to intermittency periods stopping electricity generation when weather conditions are unfavourable. In this instance, it is vital to invest further into less weather-constrained energy backups to accentuate the usefulness of renewables with a more reliable energy supply namely in the form of hydrogen and nuclear.

So-called green hydrogen energy is extracted through electrolysis from water, and nuclear is formed through a series of fusion or fission reactions producing radioactive nuclei and photons for energy generation. Both offer clean energy alternatives that are moderately efficient and energy dense. They can also have consumer costs equal to conventional fossil fuel energy sources depending on the supplier. Greater efforts to expand hydrogen use are detailed in the UK’s Hydrogen Strategy; a plan for how the nation will rapidly scale its hydrogen economy by 2030 as already shown for some public transport. The UK's nuclear capacity already generates about 15% of total electricity generation and there have been future government plans to increase this figure to 25% by 2050. Both energies are highly debated and experience widespread contestations concerning the costs of health, pollution, storage and technological limitations, yet increasing hydrogen and nuclear energy remains not only important for supplementing the productivity of weather-restrained renewables but also offering a highly efficient and dense electricity source supplying a climate-constrained energy future.

Secondly, government and companies should incentivise reducing domestic electricity consumption concomitantly with improving household energy efficiencies through insulation and double-glazing, for example, in addition to implementing smart energy systems like energy tariffs. The rationale behind this recommendation is the fact that household emissions have been one of the largest CO2 emission contributors since 2015 and, alongside energy supply, manufacturing and transport industries, accounted for 70% of the total 2020 emissions. The main benefits of energy tariffs is that costs will remain unchanged throughout the contract duration, meaning annual bills will remain predictable and therefore financially reassuring. An exemplar follows Octopus Energy’s Agile tariff which has allegedly saved £188 on household electricity bills and CO2 emissions by avoiding energy use during peak periods. Favouring policies that incentivise ‘homegrown' low-carbon energy sources and enhanced energy efficiencies has its irrefutable benefits for motivating the energy transition whilst bringing household savings and company profits but it may backfire and rebound – a so-called Jevons Paradox - by not apprehending the main issue of energy consumption itself.

Working with but also going beyond policies through self and community intuitions to change our consumption habits and excesses is the essential spearhead for revolutionising the UK economy towards decarbonisation.

The UK’s average CO2 footprint is about 10 tonnes per capita each year – double the current world average – and it will require radical changes to our everyday behaviours and attitudes towards the environment and energy to reduce. A large proportion of our carbon footprint is generated from everyday imports and exports of materials, resources and energy like supermarket purchases or even using a faucet. Changes to reduce our consumption emissions can include re-using purchased or second-hand products, re-cycling or simply saying ‘no’ to unnecessary consumption, and reducing or regenerating our disposals. The main downfall of this proposal is the need for both the self-discipline to change or lessen our socio-cultural consumer norms and a scale of involvement sufficiently large to catalyse change.

The last half-century has proven that old systems and habits are making the chance of meeting any climate goals and commitments fortuitous without sustained efforts to re-work its adversities collectively as a nation.

Climate financing remains as an enduring challenge and main factor delaying the energy transition. Cornwall Insight estimates that upwards of £200 billion is needed for a renewable energy transition and at least £50 billion every year by 2030 yet current pledged commitments of £11.6 billion between 2021-22 and 2025-26 shortfalls this figure five-fold. A decarbonised UK economy demands sufficient funding for renewables and the greater utilisation of hydrogen and nuclear energies to help reduce emissions from industries and the transport sector. Households emit two-fifths of the UK’s total energy sector's emissions, assuring that it is an imperative area for imposing policies for emission reductions whilst offering reciprocal benefits in cost savings. Whilst the UK’s emissions have been decreasing slowly over the past three decades, the current economy is precarious mainly because of BREXIT, the current cost-of-living crisis and other exogenous crises like the Ukraine-Russia war affecting global energy supplies.

Whilst I support my three suggested policy recommendations to help the UK shift into a decarbonised economy, such policy plans may have adverse effects in exacerbating energy inequality, reducing government expenditures on other social services, and the possibility of the Jevons Paradox inevitably tarnishing the policy's effectiveness in action.

The UK needs to continue reducing its electricity sector’s CO2 emissions to a level that, as Kate Raworth says, ‘meets the needs of all within the means of the planet’.

Quantifying this metric is difficult, but the costs devoted to meeting it should be at a quantity that reflects the UK’s devotion toward a decarbonised future whilst mitigating any unintended adversities that may arise from such policies.