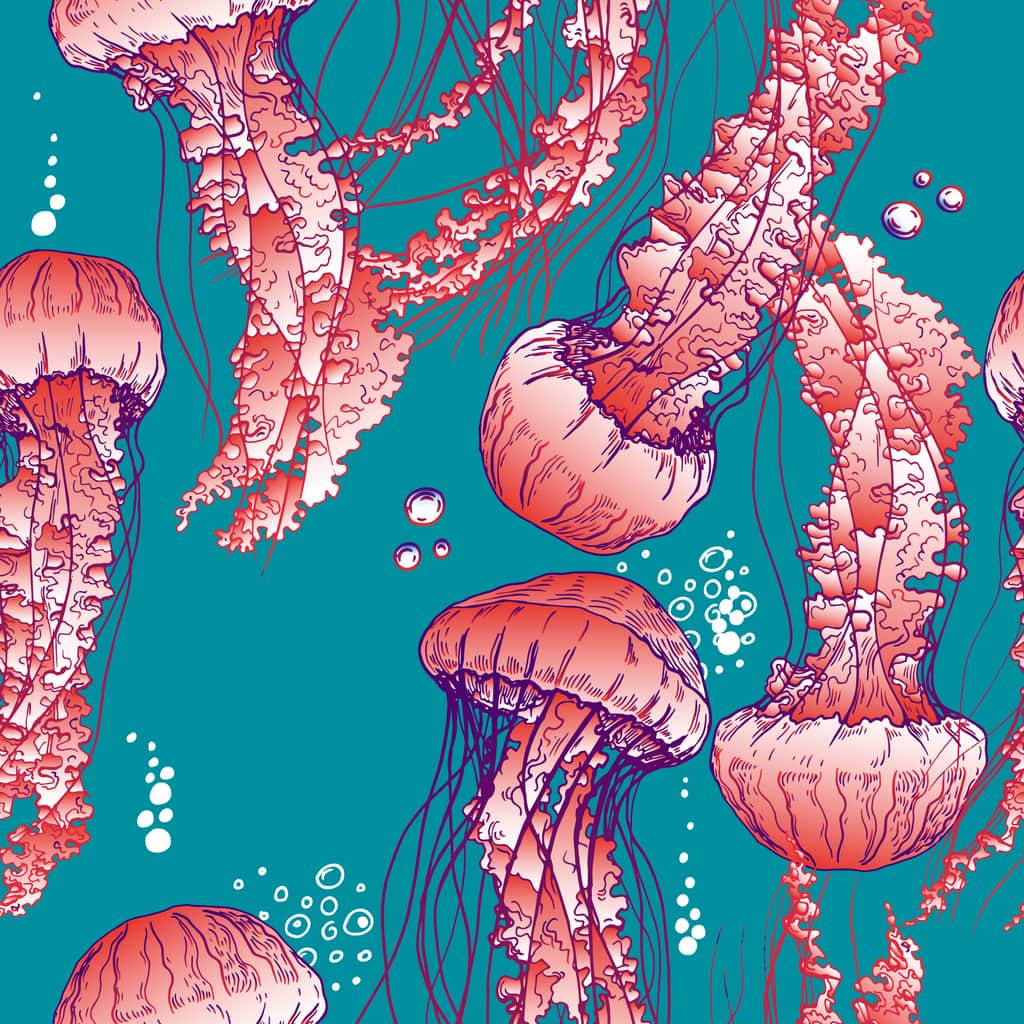 Each item of plastic thrown into the Mediterranean Sea pushes the marine turtle closer to extinction. What has that got to do with the jellyfish crisis? Just about everything. The primary predator of jellyfish is the endangered marine turtle.

The Mediterranean Sea is known for its crystal clear beauty, home to a vast ecosystem of marine wildlife. It never ceases to fascinate its shoreline populations as well as attract a high volume of holiday-takers. However, the flood of tourism over the summer seasons is causing plastic levels in the water to increase drastically. An estimated 730 tonnes of plastic waste ends up on the sea every day.

The Mediterranean jellyfish predators are the loggerhead, green and leatherback turtles. Over 1,000 turtles die every year from plastic digestion, in oceans and on land where they lay their eggs. The same number die from plastic entanglement. The Mediterranean turtles take the greatest hit as their home has become the most polluted aquatic habitat on the planet. This is due to a combination of its popularity and the tranquil nature of the sea. The weak current and tidal movements in the Mediterranean do not allow plastic to travel far from its source of discharge. 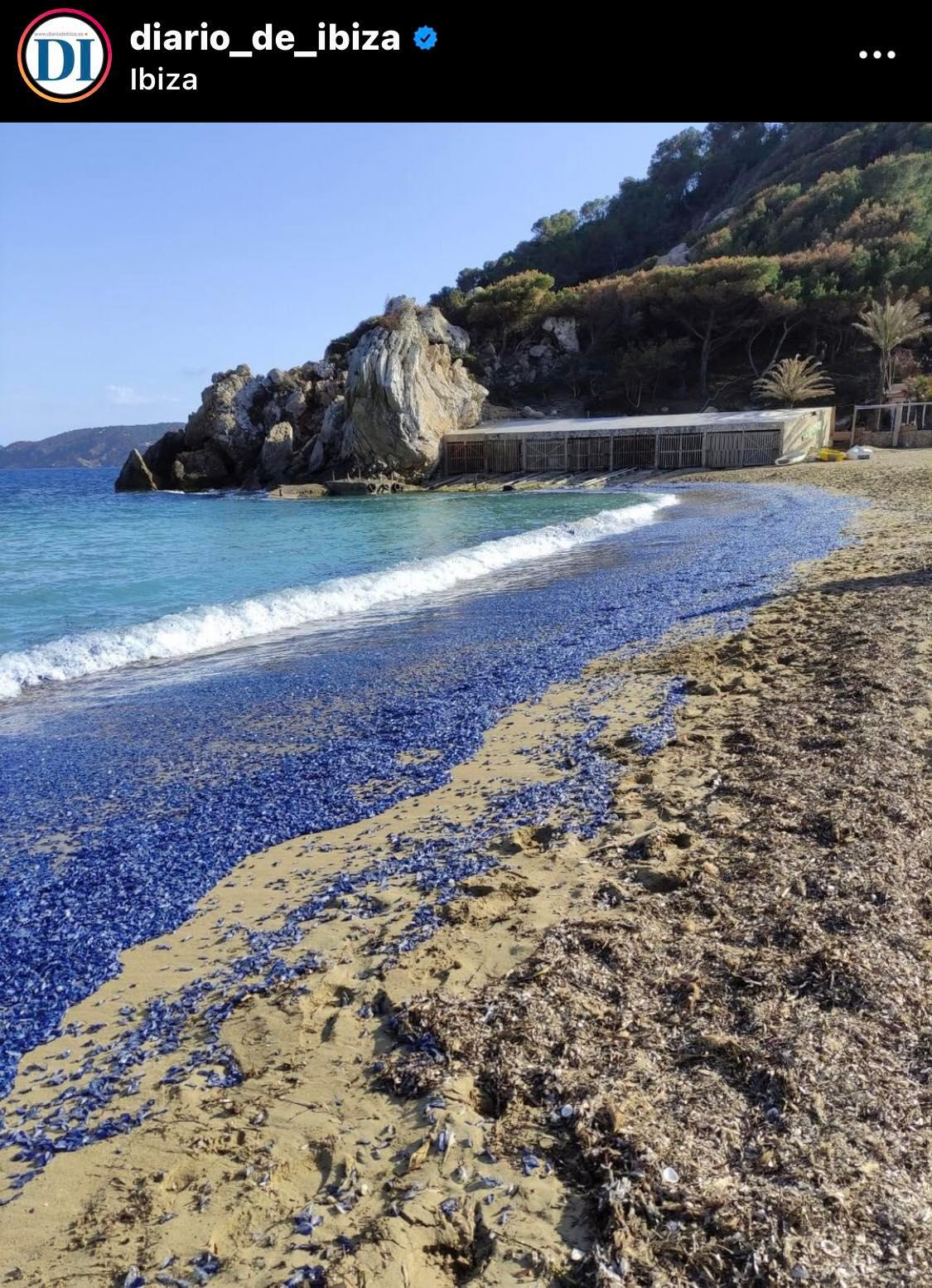 An endless smack of jellyfish shocked the islanders of Ibiza early on in this summer season. The local newspaper, Diario de Ibiza, reports a beach that may easily be mistaken to have blue sand. The Velella jellyfish, otherwise known as the By-the-Wind sailors, came to visit in masses. Usually, marine turtles discover this species before they reach the island.

“I’m born and raised on the island. I used to not be this afraid to jump into the sea without checking for jellyfish. It started to really affect me last summer when the severely dangerous Portuguese Man of War jellyfish was spotted on my island. This isn’t normal.” - Anna Spenner Hernandez, 22-year-old Ibizencan.

Despite the efforts of 16 countries in the Mediterranean, in cooperation with the United Nations Environment Programme (UNEP), to create the “Med Plan”, public opinion in these regions have little faith in their government’s priorities. The plan has been in action since 1975 with the aim to maintain the quality of the sea.  While these efforts are widely appreciated to raise awareness of the issue, a lot of Mediterranean regions are reliant on tourism. Therefore, it is argued by locals that attention to economic growth and tourism overrules the urgency to save their beloved Mediterranean.

Hope sparked in the months of lockdown as a boost in turtle eggs appeared across the Mediterranean. The absence of human intervention resulted in thriving populations of marine turtles spotted on Greek islands. These beautiful creatures have roamed the seas for over 200 million years. Mediterranean locals and environmentalists refuse to let this be their end.

However, tourism is back and making up for lost time. It is now vital to take significant action. Of course, marine pollution is not solely to blame on tourism. Industrial fishing and climate change certainly do not help. Jellyfish species are one of the most resilient creatures, unaffected by the rise of global temperatures. In fact, warmer waters favour their growth. However, jellyfish feed on fish, which will be affected by climate change. Their species will be the last ones standing as the worst case-scenario is becoming a frightening reality.

The situation is not looking good. But there is hope. Mediterranean locals and environmentalists are determined to make change happen. Moreover, their determination is powered by their connection with the sea. The underlying problem is that the world has lost touch with the sea. With nature as a whole. While government policies on plastic usage and marine pollution need to step up, it is the inspirational work done by passionate individuals and shoreline locals that keeps hope alive.