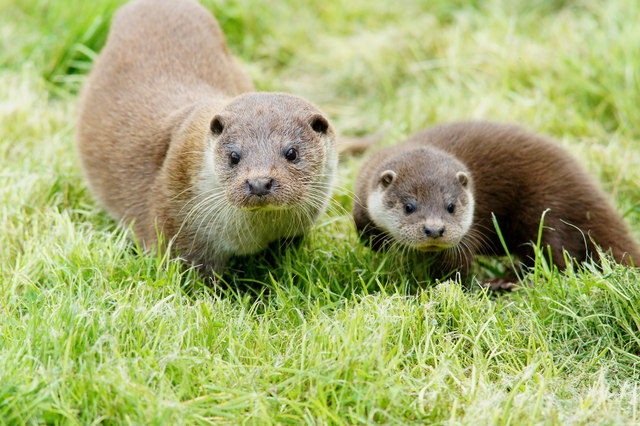 The UK is home to many beautiful animal species that are found nowhere else in the world. However, numerous species are in rapid decline and face extinction in the wild. This unfortunately seems to be the case for too many of them in the 21st century. As a result of loss of habitat, or the introduction of foreign species that carry disease or outcompete with our native ones, there are currently 116 species identified as requiring action plans in the Biodiversity Steering Group’s report, published in 1994. This was the UK Government’s response to the Convention of Biological Diversity, which ‘called for the development and enforcement of national strategies… to identify, conserve and protect existing biological diversity, and to enhance it wherever possible’. This included species like the bottlenose dolphin, European hedgehog, song thrush, slowworm, numerous insects, molluscs and plants. It is therefore vital that the work of conservationist organisations and charities, such as the British Wildlife Centre (BWC), based in Lingfield, Surrey, are circulated and discussed.

The BWC was established in 1997 by David Mills when he converted his dairy farm into a centre for British fauna. He believed that there was a need to educate the public about our native species and the challenges they encounter. In 1998 the centre opened for pre-booked tours, and then to the public in 2000, increasing in popularity ever since. Spread over a 20-acre segment of the Surrey countryside, the centre is home to over 40 species, including several species of deer, foxes, red squirrels, Scottish wildcats and badgers.

There are two main conservation objectives of the BWC, the first is education. When visiting the centre, keeper talks are regularly held every half an hour, during which information on the species’ habitat, breeding programmes, and conservation efforts is shared. They are expertly tailored to be stimulating to both children and adult visitors. Then, on days when the centre is not open to the public, the centre runs exclusive school visits, which, according to their objectives, ‘inform and stimulate greater interest in Britain’s native wildlife and increase awareness of the need and means to conserve it and its habitats’. They run school visits which include science, history and geography curriculums from Reception to Year 7 (ages 4-12). Dedicated keepers escort groups on tours and provide age-appropriate animal talks, designed to bring classroom teaching to life. According to the BWC, they welcome about 4,000 children a year. They also offer further education visits, for those undertaking A-Levels, degrees or other studies in areas including veterinary science, zoology and animal management, offering more specific and in-depth discussions.

The other main objective of the centre’s work involves its participation in various breeding programmes and providing an environment for scientific research. In 2006, the centre’s ‘Wetland Boardwalk’ was opened, following their project to transform 26 acres of former agricultural land into a wetland, woodland and grassland habitat, perfect for a huge variety of wild species. They also opened a Field Study Centre by the reserve, which can be used by schools for practical science topics. Additionally, as part of the centre’s very successful water vole breeding programme, many have been released into this wetland nature reserve. On this topic, the centre says that they ‘are not only surviving but thriving, with youngsters spotted from the boardwalk’. With the help of the Surrey Wildlife Trust, they intend to extend releases elsewhere. The water vole programme is one of the many projects the BWC is involved in. They are one of the largest breeders of red squirrels in the country. In the UK, their numbers have dramatically decreased which is connected to the introduction of the eastern grey squirrel from North America. The grey squirrel has become their most aggressive competitor for food, and a potential carrier of the squirrel pox virus to which red squirrels are highly vulnerable. In 2012 and 2013, the centre released a colony on the Isles of Scilly (an area free from grey squirrels) which were initially fed but now are fully self-sufficient. The centre continues to look for more sites for future release projects.

Due to the loss of hedgerows and habitat fragmentation, there has also been a huge decline in the numbers of our native dormouse species, the hazel/ common dormice, so much so that they are now brink of extinction. The centre is ‘proud to be members of the [Paignton Zoo] group’ which coordinates a national breeding programme and then releases them into designated wild sites. The Scottish Wildcat is a species close to extinction in the wild due to hybridisation with feral domestic cats. The BWC participates in the national captive breeding studbook which aims ‘to preserve and enhance the purity of wildcats in captivity for any future release programmes’.

Looking at these examples, it becomes clear just how many native species are in peril due to British agriculturalization and urbanisation. It is therefore critical that the work of centres such as the BWC is shared. Major broadcasting companies such as the BBC are finally beginning to focus on British wildlife. It is in the process of making a major new natural history series, presented by Sir David Attenborough, that ‘aims to do for the wildlife of Britain and Ireland what the Planet series have done for the wildlife of the world’. Wild Isles (the current working title) will begin by explaining why Britain and Ireland are globally important for nature, with the other four episodes celebrating the key habitats – woodlands, grasslands, freshwater and marine. On the subject, Sir David said: ‘In my long lifetime, I have travelled to almost every corner of our planet. I can assure you that in the British Isles, as well as astonishing scenery there are extraordinary animal dramas and wildlife spectacles to match anything I have seen on my global travels.’ Hopefully, this series will provide a big stepping-stone to compelling the British public to do more to respect and protect our native species. The Royal Society for the Protection of Birds (RSPB) Chief Executive said that this series comes at an essential time, as the UK is facing a nature and climate emergency. ‘Showcasing the UK’s spectacular places and wonderful wildlife gives us a powerful platform to build the broadest and most diverse movement for nature there’s ever been’.

To conclude, the BWC, along with other organisations of its kind, play a vital part in the conservation of native British species and is essential in teaching the current and future generations to treat Britain’s wildlife and habitats with respect. Hopefully soon, we will only be hearing success stories. Information about how to visit the BWC can be found here: https://britishwildlifecentre.co.uk/planyourvisit/opening-times/, and it is guaranteed to teach you a lot about the creatures that are living around you in the UK.