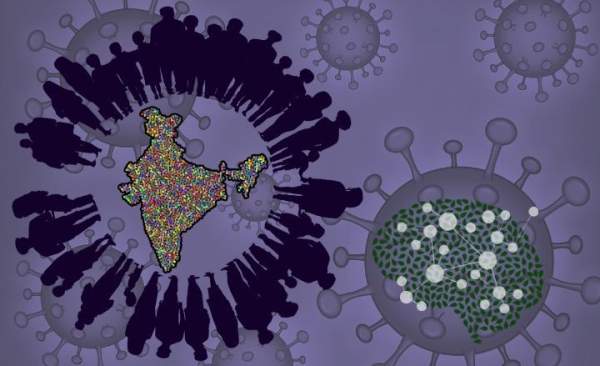 "The strongest people are those who win battles we know nothing about." This notion is a very well-known quote, and it nicely sums up the glaring mental health crisis facing India. There is still such a lack of conversation around mental health issues in India that there are silent struggles to be waged every day in people's private lives, which eludes us.

The culture we live in has always prized itself for doing things, being practical, and making things happen. It is a given that life is hard, and people's strength is measured based on whether they can fare life without breaking down and submitting to their hardships. Such a belief can only prove to be detrimental in the long run, which it has.

Hence, in 2017, the President of India, Ram Nath Kovind, stated India was "facing a possible mental health epidemic." A study revealed in 2017 that 14% of India's population suffered from mental health ailments, including 45.7 million suffering from depressive disorders and 49 million from anxiety disorders.

A recent report from All Indian Origin Chemists & Distributors (AIOCD) 's research wing revealed that the sale of the top five anti-depressants has gone up by 23 percent since the start of the pandemic.

Many factors have led to this tipping point, including cultural and social stigma and judgment surrounding mental health issues. A general attitude of not talking about or processing one's emotions and bottling up things: a lack of awareness about these problems, as most people in India don't even know they are suffering.

An even bigger issue is the lack of affordability and accessibility. Getting therapy is not cheap and often not available readily in your city or village. A parliamentary questionnaire in 2019 revealed that India has only 43 government mental hospitals spread across 21 states. The majority of these services exist in metropolitan or tier 1 cities. Only Delhi has a solitary mental hospital among the union territories, while smaller states like Uttarakhand have none.

The country houses ten centers of excellence in mental health and three central mental health institutions. Identifying and accepting that you have an issue can be difficult, let alone finding a proper healthcare provider, who is an individual supposed to turn to, or what they can do to help themselves.

Apart from access, there is an acute shortage of mental health professionals. As per WHO, for the 1,00,000 population, India has 0.3 psychiatrists, 0.12 nurses and 0.07 psychologists, and 0.07 health workers. These reflect an alarming shortage of human resources and a dire need to scale up investment to address the issue. It is also important to note that treatment for most mental health issues or illnesses is long-term. Hence, such a shortage of professionals affects patients negatively, but it takes a toll on the service providers, where their abilities are stretched to the maximum.

The pandemic and the series of lockdowns over the past two years have only exacerbated this issue with mounting stress about the uncertainty of the situation, people losing jobs and being locked in their homes, students losing critical academic years, etc. Dr. Jateen Ukrani, a senior psychiatrist who runs a clinic in Delhi, reported to The Telegraph that the number of patients coming in with anxiety and sleep disorders has tripled in the past year, and most of his new patients are young adults in the age group of 19 and 40.

Though it is not all bleak, several steps have been taken by the government and even private individuals over the years, but even more, work still needs to be put in.

The Mental Healthcare Act, 2017, makes several provisions for improving mental health in India. This Act rescinds the Mental Healthcare Act, 1987, criticized for failing to recognize those with mental illness rights and agency. This recognition includes stating access to mental healthcare as a 'right'; and instituting Central and State Mental Health Authorities (SMHA), which would focus on building robust infrastructure, including registration of mental health practitioners and implementing service-delivery norms. Although the Act required states to set up an SMHA in nine months of the Act being passed, as of 2019, only 19 out of 28 states had constituted an SMHA.

To provide psychosocial support to students during the pandemic, the government introduced an online platform, 'Manodarpan'–with an interactive online chat option, a directory of mental health professionals, and a helpline number.

Sometimes even simple measures can effectively solve mental health problems, as shown by a study in Tamil Nadu revealed that suicide rates dropped considerably with Supplementary Examinations as indicated by a report in The Indian Express.

The government deserves appreciation for the enhancement of allocation in the budget for 2022 for Mental Health and its initiative to establish Tele-Mental Health Centres for milder illnesses. But many critics believe that Allocations of Rs. Four hundred million in the budget for National Mental Health Programme (NHMP) remains abysmally low, leaving India ill-equipped and unable to cope with the population's needs, particularly with the additional mental health effects and consequences of the pandemic.

Apart from government schemes, various private organizations have also come into play to increase access to mental health resources for the public. Rincy Varghese, working as a psychologist at Manah Wellness, explained to IndiaTimes, "We are preventive-healthcare setup. We offer help before the person reaches the extreme stage of burnout. Our affordable sessions start at Rs.500 per hour, and anyone can seek help from our team of professionals".

Another example is Tarun Adnani, CEO of One More Light, who has a unique approach to solving this crisis. His team has created a mobile application that allows people to connect anonymously with trained listeners for free emotional support.

Awareness programs and campaigns help people in India experience stress, anxiety, and depression. A Malala Organisation article reported that the Live Love Laugh Foundation (TLLLF) is among the many nonprofits. Founded by actress Deepika Padukone after being diagnosed with anxiety and depression, the organization works to reduce the stigma and change how society looks at mental health. One of the foundation's key initiatives is the "You Are Not Alone" school program, which increases students' and teachers' awareness of mental health and reduces stigma around the subject. TLLLF delivers sessions in various local languages free of cost to schools. Since beginning the program in 2016, TLLLF has reached almost 200,000 students and 20,000 teachers through this program.

It feels optimistic to see people become more aware every day and take the initiative. But it is high time when efforts need to be maximized to curb the problem from getting more significant.

The anxiety of quarantine: Have you been through this?

Why today's youth are more depressed than ever?