Sleep on This: The Impact of Sleep on the Maturing Brain 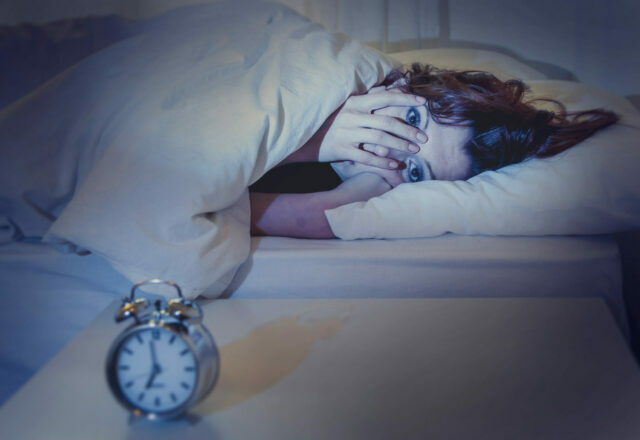 The surprise that many sleep scientists and researchers discover is not that sleep matters, but rather how much it matters. Studies have been and continue to be conducted to unpack sleep’s impact on the maturing brain along with its potential relations to academic performance, emotional stability, and the international obesity epidemic.

Po Bronson and Ashley Merryman, authors of “Nurtureshock: New Thinking about Children,” dedicate a chapter to discussing the effects of decreasing amounts of sleep. The chapter begins with a story about Morgan Fichter, a ten-year-old fifth-grader in Roxbury, New Jersey, who is experiencing difficulty falling asleep. With her busy schedule of extracurriculars (soccer, competitive swimming, and violin practices) and intense school workload, Morgan often finds herself awake in frustration until 11:30, sometimes midnight. With stress costing Morgan hours of sleep, she begins to emotionally suffer as she and her parents witness accounts of her frequent negative moods, sensitivity to crying easily, falling asleep in class, and having emotional meltdowns twice a month. Morgan’s situation is common and becoming even more so in that more people treat sleep as a task rather than a priority.

In addition to Morgan’s situation, many of the recognized characteristics of being a preteen and teen–moodiness, depression, and even binge eating–are often dismissed for stress or hormones–behaviors to be eventually outgrown. Unfortunately, the only thing that has grown is the cycle in which stressed and restless children become even more stressed and restless adults.

According to surveys by the National Sleep Foundation, 90% of American parents think their child is getting enough sleep. Based on the children’s responses, they appear to debunk the parents’s assumptions. The responses show that 60% of high schoolers report extreme daytime sleepiness, 20-33% of high schoolers fall asleep in class at least once a week, and 50% of all adolescents get less than 7 hours of sleep on weeknights with high school seniors averaging slightly more than 6.5 hours of sleep a night. Dr. Frederick Danner’s studies show that only 5% of high school seniors average the recommended 8 hours a night. Like what much of the older generations often say, “Times have changed,” there are numerous causes as to why counting sheep is no longer easily bringing upon sleep. A majority of adolescents report the overscheduling of activities, heavy homework load, lax bedtimes, and televisions and cellphones in the bedrooms as common contributors to their lack of sleep.

Regardless of the reason, children today are getting an hour less of sleep each night than they did 30 years ago–even kindergartners are getting 30 minutes less a night than they used to. Authors of “Nurtureshock” state that children’s brains do not finish developing until the age of 21, and much of the development occurs when the child is asleep. Therefore, if a child is not getting enough sleep during the formative years, there can be permanent changes done to the brain structure.

Dr. Avi Sadeh at Tel Aviv University conducted an experiment to test for an academic performance gap caused by an hour’s difference in sleep. The participants were 77 fourth-graders and sixth-graders, and they were given instructions to either go to bed earlier or stay up late for three nights. Using an actigraph–a wristwatch-like device for sleep activity–the first group managed to get 30 minutes more sleep per night and the second group got 31 minutes less. After the third night, the participants were administered a test of neurobiological functioning. The test was a computerized version of parts of the Wechsler Intelligence Scale for Children, which is highly predictive of current achievement test scores and how teachers rate a child’s ability to maintain attention in class.

The effect was not only measurable but also sizable. Based on the results, the performance gap showed that a slightly-sleepy sixth-grader will perform in class like a mere fourth-grader. Dr. Sadeh said, “A loss of one hour of sleep is equivalent to [the loss of] two years of cognitive maturation and development.” The correlation between sleep and academic performance has been shown to stay consistent well into high school. Dr. Kyla Wahlstrom of the University of Minnesota conducted surveys on 7,000 high schoolers in Minnesota about their sleep habits and grades. The data showed that teens who received A’s averaged about fifteen more minutes of sleep than the B students, who in turn averaged fifteen more minutes than the C’s, and so on.

With the help of MRI scans, sleep scientists and researchers are able to understand how sleep loss impairs a child’s brain. Tired children cannot remember what they just learned, because neurons in their brain lose their plasticity, so they cannot form the new synaptic connections necessary to encode a memory. Sleep is also primordial for long-term memory because, during sleep, the brain shifts what it learned that day to more efficient storage regions of the brain. Therefore, the more you learn during the day, the more you need to sleep that night to process and maintain the information.

The lack of sleep can also affect one’s emotional well-being. According to Bronson and Merryman, “Negative stimuli gets processed by the amygdala; positive or neutral memories get processed by the hippocampus. Sleep deprivation hits the hippocampus harder than the amygdala. The result is that sleep-deprived people fail to recall pleasant memories, yet recall gloomy memories just fine.” This process is spread out among high schoolers because the amount of sleep decreases each year during high school. Dropping below 8 hours doubles the rate of clinical-level depression, which is becoming dangerously common among high schoolers and even reaching younger children.

Few school districts around the nation have pushed the starting time back an hour and startling results emerged. Not only did high schoolers’ academic performance boost (average SAT scores increasing by more than 50 points), but students reported higher levels of motivation and lower levels of depression. When a school district in Lexington, Kentucky was testing the effects of a later starting time, its findings noticed that teenage car accidents in that area moved down 25%, compared to the rest of the state.

Another eye-opening way sleep can impact daily habits is shown through its hidden role in the obesity epidemic. In the last three decades, rates of childhood obesity have tripled and the scapegoat has always been television. Several researchers have found no statistical correlation between obesity and media use and deemed it to be “bad science.” The leap in obesity rates began in 1980, which was before home video games and the invention of the web browser. Then, since the obesity spike in the 1970s, children are only watching 7 minutes more of television a day. Dr. Elizabeth Candewater of the University of Texas conducted surveys on over 8,000 families to discover that obese children watch no more television than those who are not obese.

Dr. Eve Van Cauter was the one who discovered the link between sleep and obesity. According to Bronson and Merryman, “Sleep loss increases the hormone ghrelin, which signals hunger, and decreases its metabolic opposite, leptin, which suppresses appetite. Sleep loss also elevates the stress hormone cortisol. Cortisol is lipogenic, meaning it stimulates your body to make fat. Human growth hormone is also disrupted. Normally secreted as a single big pulse at the beginning of sleep, growth hormone is essential for the breakdown of fat.” Through further studies, it is discovered that those who get less than 8 hours of sleep have about a 300% higher rate of obesity than those who get a full 10 hours of sleep. A decent amount of reasoning can support that statement such as if you are asleep at an earlier time, there is less of an opportunity for you to consume food. Also, people who do not sleep well are often too tired to exercise, making them less active during the day.

Combined with the previously mentioned studies about lack of sleep affecting stress levels and emotional well-being, inadequate amounts of sleep can also indirectly influence the way people make decisions about food items. In Todd Hare of the University of Zurich’s experiment on “Apple or Chocolate Cake,” the results showed that the participants with higher stress levels were more likely to consume the chocolate cake while participants with lower stress levels were more likely to consume the apple. Lack of sleep affects your prefrontal cortex, which is responsible for executive functions such as critical thinking skills necessary to fulfill a goal, predict outcomes, and perceive the consequences of actions. In this study, the lack of sleep can heighten stress levels which cause the participant to shift to immediate benefits of their choice rather than thinking long-term with potential consequences (selecting the less healthy food option). Repeating this cycle many times will result in weight gain, indirectly resulting from sleep loss.

Among the mentioned studies and many more, there is strong evidence that sleep plays a larger role in our day-to-day thinking and behaviors than expected. Something that we often neglect and dismiss as a task can actually improve our lifestyles if we recognize it as a priority. So, an extra hour of sleep tonight can very well contribute to a healthier and happier tomorrow.

Is It Necessary To Rest To Maintain My Mental Health?