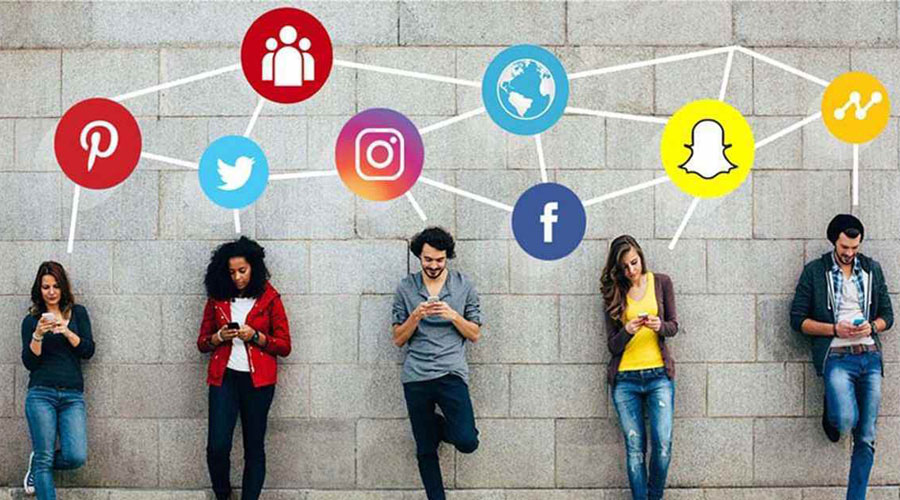 Social media has literally altered the way we live and interact with our friends and communities. Nowadays children are busy using their phones, instead of enjoying their company. Sadly for them, they are missing all the fun and the memories they could make in this beautiful period of their childhood. Excessive usage of these sites became enormously common, especially among youngsters. It has detrimental effects on both individuals and society including physical, mental, and social health. The upsurging of this phenomenon is an alarming bell for many families.

Social Platforms such as Facebook and Instagram are playing such roles in forming the lives of our children today. Nearly all people have active accounts on these websites, making their users more glued and addicted; controlling their thoughts and emotions. Their negative impacts have mostly been observed in teenagers, who are the weakened ones among other age groups. To illustrate, studies showed that more than 3 billion internet users and 2 billion social media users with 1.6 billion active mobile social accounts. In today's life, young people lack health and tend to be obese due to their reliance on their mobile phones doing their activities instead of exercising and working out. This addiction threatens their quality of life of them.

Concerning their effect on mental health, using this hypothecal network causes depression, increases self-isolation, and lowers self-esteem. In addition, users can develop an inferiority complex when their friends get more comments and likes. In particular, an investigational survey found that 55% of youths who were considered to be higher online users, were less involved in their real life. The sheer size of social networks makes it difficult to monitor and moderate all of their content. Internet users - especially naive ones - who share personal photos, expose themselves and their information to be exploited by hackers, and cause some serious security issues. For example, thousands of fake identities and profiles are widespread through these online platforms. Undoubtedly, the educational system is the one that is negatively affected by the misusage of these sites among students. The student is currently suffering from self-distraction and hardness in absorbing the lessons. Learners are currently trying to imitate famous bloggers and influencers. To illustrate, most young learners follow famous footballers, singers, and bloggers rather than follow teachers, professors, and scientists.

Making social media as beneficial as possible can be and this role puts a huge responsibility on individuals and society. Some of the corrective actions that should be taken in this approach are: Firstly, According to the quote, “The first step in solving any problem is recognizing there is one (Zig Ziglar 6), so admitting is the first milestone for the solution. Therefore, some simple settings a person can adjust to tell themselves about how long they have been online. It can be like a Facebook alert popup feature notifying users who have been online for two hours and beyond. Since I believe banning these sites is not the point because they are useful; limiting them will be more efficient. Secondly, encouraging teens to have hobbies and do sports. These social activities showed how they are advantageous to the person’s relationship and personality. Besides, their health benefits, having face-to-face interaction with real mates, boosts one’s self-confidence and builds priceless memorable experiences. As an example, children in the past used to play soccer with each other, unlike today, they rather sit at home to play online video games. Thirdly, marketing those ideas through promotion campaigns, media, and paper advertisements is crucial to raise awareness for the audience. Such as informing youngsters - about how is advantageous to do sport for their safety, and health - could have positive feedback on their behavior. Finally, cities around the world should be built in a way to promote this healthy culture in their population. Therefore governments should replan and move forward to establish separate cycles and walking lanes.

Despite the advantages of using social platforms, their drawbacks are indeed too obvious to ignore, overshadowing their benefits. The world should strive to take huge steps to solve this global issue - by promoting health and awareness through using technology and the media to further protect our children from this cultural and habitual invasion.