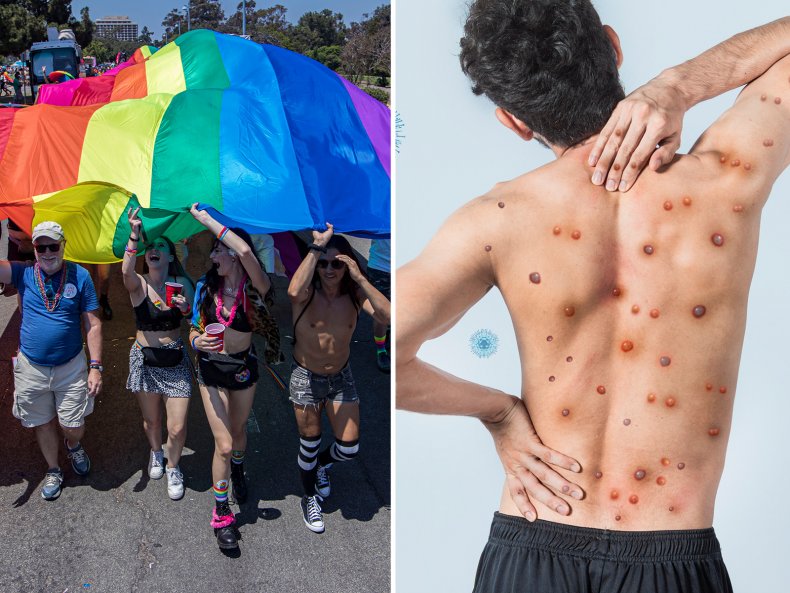 As the monkeypox outbreak in the United States is classified as a public health emergency, Americans confront not only another statewide threat to their health since COVID-19, but also escalating stigmas linked with the LGBTQ+ population. According to a recent CNBC report, the Biden administration announced on Thursday, August 4, that the United States now has the most verified monkeypox cases in the world, with over 6,000 cases.

The monkeypox virus, which originated in Africa, transmits by skin-to-skin contact between infected rodents and humans, who can then disseminate it to other humans in the same way. Its symptoms include rashes, lesions, lymph node swelling, and flu-like symptoms. Since the first verified monkeypox case in the United States in May, the worldwide outbreak has now begun in the United States and is spreading throughout the country.

The federal government began distributing the monkeypox vaccine, Jynneos, in May, but its capabilities are restricted and it will not reach all Americans. Faced with a very familiar circumstance, the United States is now fighting for its health against a new adversary alongside COVID-19. However, the settings for this outbreak are very different, as monkeypox is spread through personal contact and typically disappears after 2-4 weeks. Authorities say affected persons should be isolated, but Americans wonder who is most likely to get the illness.

Gay and bisexual men are being harmed by the growing stigma associated with monkeypox, as cases reveal they are more likely to get infected. Though monkeypox is not a sexually transmitted disease, LGBTQ+ prejudice, like homophobia, is still a problem in the United States, and it has escalated in intensity as a result of the active monkeypox outbreak.

With its history of the AIDS/HIV epidemic beginning in 1981, homophobia grew throughout the country as this era attacked the LGBTQ+ population for aiding in the spread of the virus. Even though people of all identities, including sexual orientation, were at risk of contracting AIDS/HIV, this stigma remained an important aspect of this history.

These stigmas can linger across a country as the media grows and worries of an outbreak generate countrywide frenzy and discriminating attitudes. The monkeypox outbreak in 2022 appears to be similar to the AIDS/HIV epidemic in terms of affecting underserved and historically persecuted minorities such as the LGBTQ+ community. As of now, gay and bisexual men may be disproportionately affected by the public's interpretation of the monkeypox case facts via news, media, and personal opinions, all of which might convey a different tale.

The stigma linked with the LGBTQ+ community with monkeypox may continue, raising the possibility that the outbreak would spark a boom in social protests for LGBTQ+ rights and fair and equal treatment. It may not be long before the outbreak's stigmas become a political and societal issue on which the country's authorities will hold a debate.

The monkeypox outbreak in the United States affects not only Americans' overall physical health, but also the political and social divisions that are growing as a result of the country's understanding of the information provided by health professionals and the media. The stigmas associated with the monkeypox pandemic may remain a popular public topic as the United States prepares for another physical and emotional war.