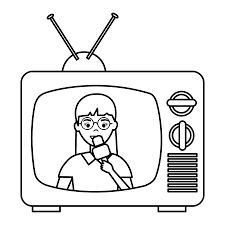 A more popularized career goal for females other than fields such as Cosmetology and Fashion is news reporting. The role of a news anchor consists of reporting the news for the press and the broadcast media to a tailored audience. It is found that in this field, not many females have been allowed to report. One could wonder what changed in news reporting, how it changed, and whether or not it is going to change entirely in the next generations.

Research has shown the visibility of women anchors over time, different gender roles in news reporting, and media's effects. News reporting has become more gender inclusive in today's time as more females are entering the profession. Even though there is still stereotyping and hindrance of women, females continue to achieve their desire to become news reporters.

More women are entering traditionally male fields. In the early 20th century, women became more visible in television news as anchors and reporters. Nancy Dickerson was the first female reporter to appear on television in 1960. She reported for NBC news from 1963 to 1970, covering political conventions, inaugurations, and election campaigns. As a result, women’s involvement in television, specifically in the news, increased.

Women reporters have to be powerful role models for their female audience. If women do not see themselves in roles of importance through television, they are less likely to enter a profession where they can apply their talents.  In 2008, Pew Research Center found that women are over half the audience for local newscasts; viewer surveys document that women outnumber male news viewers in nearly every one of the top 100 television markets. Once women take their place in higher positions, such as news professionals, they gain confidence in their choice of work and start to see that it is possible to be in that highly exposed position. Although women can be visible as news professionals, they are not often used as expert sources or subjects in newscasts as men.

Television viewing blurs people's perspectives in mirroring the real world. Graphs on Statista revealed that, on average, women spend 2.61 hours while men spend 3.09 hours watching TV daily. When people's perspectives of television mirror the real world, it tends to be exactly what is being portrayed: more men doing the job because of what they see on TV. Observing recurring media characters makes people feel the need to follow that trend. They come to like them, compare themselves to them, and want to be like them. Specifically, in news reporting, we are inclined to see more men as opposed to women, so more men will be more willing to become that news reporter or anchor. Once there are perceived gender differences in television, viewers expect specific roles and accept and imitate the behaviors they see. Although news reporting is becoming more exclusive, these gender differences are not as inclusive.

Identifying female newscasters among other women emulates what stories should be reported and the expectations of professionalism in reporting. Female reporters tend to report on softer, more general topics such as fashion, home maintenance, child care, human interests, health, and other feminine topics. This is because “the networks are always afraid to make women look abrasive,'' says an anchor named Linda Ellerbeeand.

Television news is starting to balance gender equality amongst the positions of anchors, reporters, and experts, but may not do the same with stories. Women are assigned soft stories, but they want the chance to report on hard news. We can see this in Anthony J. Ferri’s findings in Perceived Career Barrier of Men and Women Television News Anchors: newspaper managers indicate that women's firm commitments to their job resulted in sacrificing time spent with family and significant others. However, in 2001 female anchors were allowed to report on hardcore news such as child abuse and rape. As a result, women continued to abide by their instructions in order to be accepted and equal.

The United Kingdom is more progressive and personal with its female anchors than the United States is. Americans' primary obsession is how people look on television and in reality. Despite fitting into that category, a woman must continuously think of age, looks, and abilities when considering applying for a position on TV. In film and TV, the assessment is supposed to depend on a youthful, sexy appearance. This factor of double standards is displayed in an industry statistic, where female workers are declined from age 35 onwards. In 2010, Skillset found that only 16% of women in a media-focused survey were aged 50 or older. Thirty-five is when women are considered to be old, decide to have a family, and typically hold a position of high pay and influence. The TV industry demands that women give it all or get punished harshly. 52% of female news anchors who consider themselves very successful and the 40% who view themselves as moderately successful are unable to see their full potential because of imprecise and overgeneralized barriers.

Women have to feel uneasy about physical appearance, professional network, screening, the balance between work and family, male competition, and the employer's negative attitude towards gender in applying for these positions. Meanwhile, men are only evaluated by their work skills, a decent voice, and ability to relocate. Gender gaps in news, puts women on the least favorable side.