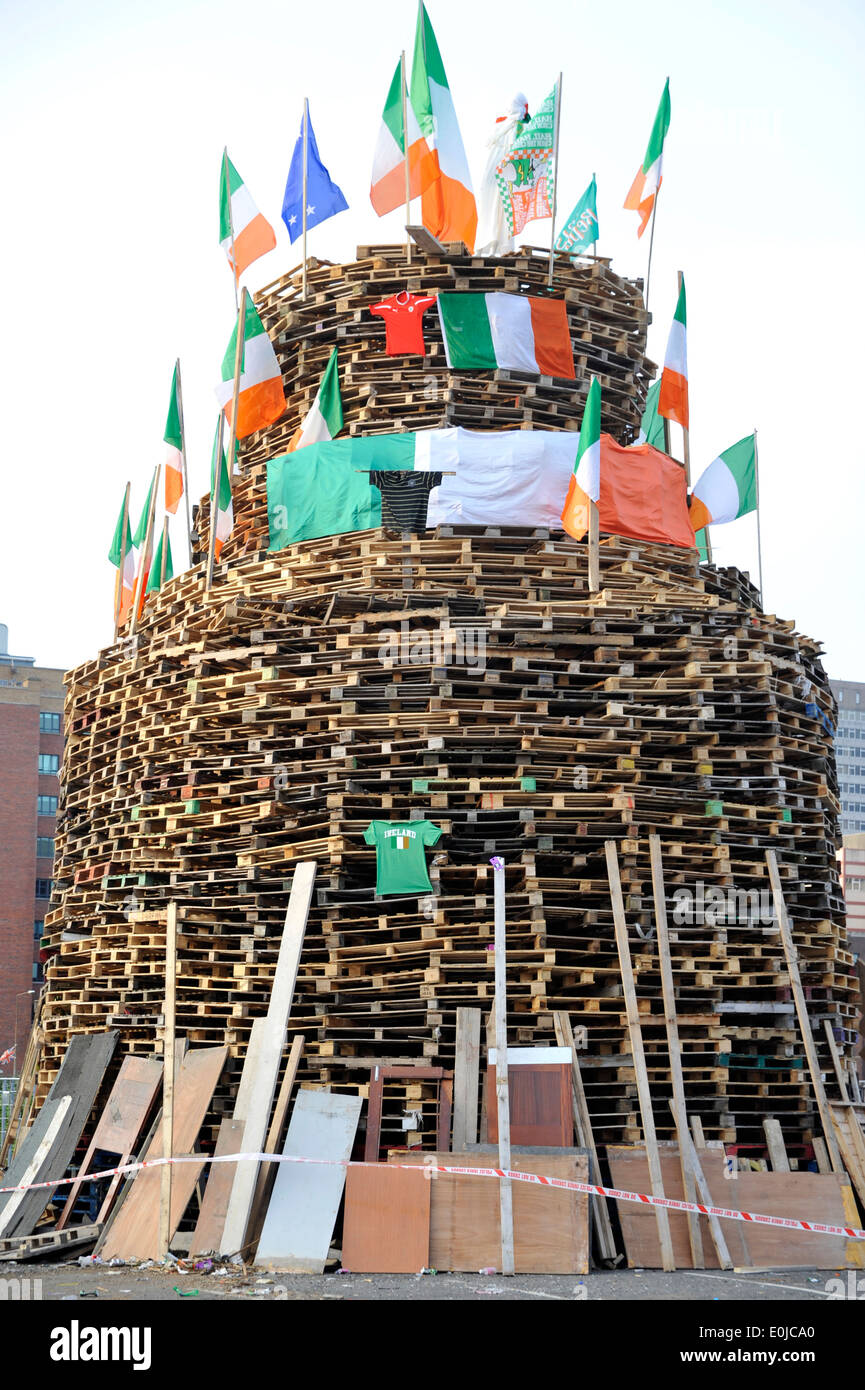 On July 10th, 2022, Mr. John Steele has died after falling from a bonfire in Larne, Northern Ireland. The father-of-two was said to be helping with the construction of the 50ft tall bonfire, when he fell to his death from a great height.

The bonfire was dismantled in the wake of the tragedy, and a memorial was held for John. Wreathes were laid near the scene of the accident, with people from all over Northern Ireland travelling to Larne to pay their respects to the Steele family and the community within which he was a valued and well-known member.

In neighbouring Craigyhill, they continued building their bonfire in ‘honour’ of Mr. Steele, and it has just been announced the tallest of 2022. Somehow after the tragic death of Mr. Steele, this seems little cause for celebration.

It is not the first and, unfortunately, is not likely to be the last tragic incident to arise from the Eleventh Night bonfires across Northern Ireland. Critical burns, petrol bombs, and violent and antisocial behaviour, are only a few incidents that are likely to occur all over Northern Ireland this evening.

The Eleventh Night bonfires are part of the controversial Twelfth celebrations, which occur in the Protestant loyalist areas of Northern Ireland. July 12th marks the 1690 Battle of the Boyne, at which the Protestant William of Orange (also known as King Billy) defeated the Catholic King James II, consolidating Northern Irish Protestantism. Along with the burning of these towering bonfires, celebrations include marching band parades, street parties, and plastering the Union Jack on every item and surface imaginable.

Emergency services often suffer drastically increased pressure across Northern Ireland on this night, particularly the fire service, which often receives many calls relating to bonfire incidents. The Northern Ireland Fire and Rescue Service have warned the public to “take care” as they have no control over the construction of the bonfires, therefore, cannot guarantee their safety.

There are many problems associated with the Twelfth celebrations; safety concerns are but one. Tensions between Protestant and Catholic communities have remained high in the wake of the Northern Irish Troubles. This year, however, they are particularly high, after Republican Party Sinn Féin have, for the first time in Northern Irish history, won the majority of seats in the Northern Irish Assembly.

Should these loyalist celebrations continue? They undoubtably deepen the divisions between the two communities, particularly when sectarian images - including Republican flags, portraits of Republican MPs and martyrs, and even the Pope imagery - are burned on loyalist bonfires, petrol bombs are fired from both sides, and offensive sectarian songs remain popular as ever. Twelfth celebrations serve as an annual reminder of the ‘us and them’ of Protestant and Catholic identities in Northern Ireland. They typically dangerous events that cost thousands in additional policing and increased demand for emergency services, not to mention the environmental damage caused by bonfires, especially when tyres are hidden within the structure.