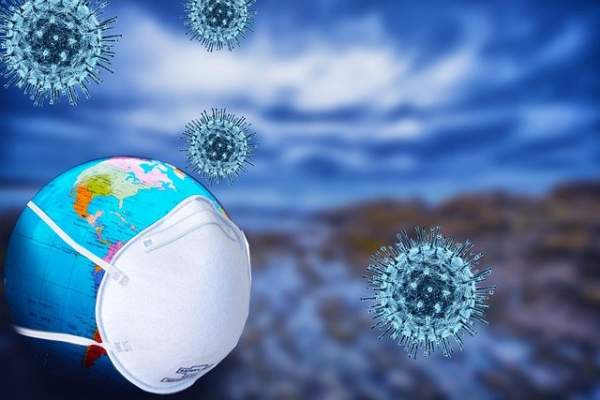 Looking at the latest covid-19 trends in India, there is one state that seems to be extremely worrisome. As much as almost 50% of covid cases in India have been reported from Kerala. It also proved to have an extremely high average test positivity rate at 12.35% being nearly four times the national average which is at merely 3%. The early seeds of covid 19 can be traced back to Kerala as well when first Covid case in the country was reported there in January 2020 ever since, the pandemic has shown no signs of waning over the state more so in the last three months, as reported by the health ministry statistics.

Furthermore it has topped the charts in being the first state in the country with over 20,000 Covid-19 cases in the previous two months,urging the health ministry to request the state to fasten the pace of it's vaccines rollout and other covid related health infrastructure.

There have been many apparent causes for such high numbers though nothing can be said for certain.  Some attribute the numbers to high certain.For instance it's believed that due the high testing numbers the state has incurred such a high number of cases. However, while this may be true to an extent, Delhi has been conducting a fairly high number of tests as well. The reason mentioned by the state government is the gradual easing of covid restrictions. However this excuse seems irrelevant as well because restrictions have been lifted in most of the states in the country.

Many experts have concluded that low testing rate, as well importance given to rapid antigen tests and high dependence on bureaucracy were some of the underlying reasons for slowing down Kerala’s response against the pandemic.

Further, another probable reason could be provisions mentioned in the results of the 4th sero study released by the Indian Council of Medical Research (ICMR) in the beginning of this month. They conducted a survey which showed that more than 2/3rd of the population in 11 states of India have already developed antibodies against Covid 19. However such is not the case in Kerala, its sero-prevalence being as low as 44.4%. The state also has a reasonably high population density of 859 people per sq km as well as a large population above 60 at 15%. It has also reported a reasonably high number of lifestyle diseases such as diabetes. Keeping all these statistics in mind it is evident why the state will have to do a lot more in order to contain the virus.

Other states which have exhibited grim covid numbers in the past like Maharashtra have been steadily flattening the curve even though the numbers aren't falling as quickly as they are in other states. The seropositivity in the state of Maharashtra as well stands at 58% which isn't much higher a number compared to some other states in the country.

Even though the results of the study on sero positivity cannot be directly linked to the rising number of cases, a momentary look at the statistics indicate that states where the sero-positivity indicate lower number of cases in states with high stereo positivity.

As the threat of third wave looms over India looking at the trends in the west, an increasing number of infections in the southern part of Kerala is estimated to become a huge challenge to the overburdened health system of the state. The demand for Covid beds keeps increasing with the high occupancy rate of vacant covid beds on the other hand, there has been a sharp rise in demand for ventilators which is further predicted to rise higher. The picture becomes more grim as we look at the scary estimates 14.8 million citizens in Kerala above 18 years of age are yet to be inoculated with the first dose of Covid vaccine due to the limited supply. Worried by these statistics many experts have suggested a gradual increase in cases could possibly point towards a third wave in the state.state. Although there has been no acute shortage of oxygen or beds, the Healthcare infrastructure still might suffer and feel overwhelmed. When compared to the number of cases last week, there has been a 14% increase in demand for beds and 80% of Covid beds have already been occupied in the state this week, as illustrated by health ministry statistics. Coming to the districts that have been worst hit by the pandemic, 10 of the 30 of them are located in the state. Malappuram soars high with a scary number of 4,037 active cases.

The state of affairs has exposed the newly elected Vijayan government to attacks from all opposition parties.

The meeting between BJP leaders in Kerala and Union health minister Mansukh Mandaviya on Wednesday has brought forward an optics of requesting the centre to ensure proper handling of the pandemic by the state.“The government sniffs politics in every aspect of the pandemic. Experts and medical bodies have been kept away deliberately. Inflated records won’t stand forever and now it stands exposed,”  mentioned Dr S S Lal, a public health expert who has previously worked with the World Health Organisation for a number of years. “Mere lockdown won’t do any good. It is time for the state to redraw its strategies,” insisted Dr N M Arun, another public health expert.

On the other hand, in response to the opposition attacks and despite the grim reality, chief minister Pinarayi Vijayan has been insisting that the situation is well under control. “Second wave started late in the state and about 50% of the state population are yet to contract the virus. So we expected this increase,” he said. He also addressed the shortage of vaccines which was the reason behind the delay of the state’s universal inoculation programme. However, the opposition parties, the Congress and the BJP keep on insisting that the government should be blamed for the situation the state is currently in.“We have appraised the Union government and party central leadership about the ground situation in the state. The state government can’t hide the truth for long,” countered BJP state president K Surendran. He further blamed  local CPI(M) leaders for controlling the vaccination process in many parts of the state. However, CPI(M) has completely denied these accusations and blamed opposition parties “for playing dirty politics” despite the pandemic. “Both the Congress and the BJP are in the same boat and are yet to learn a lesson from their recent assembly poll debacle,” argued party acting secretary A Vijayaraghavan.

Fortunately there is some ray of hope in the state, rising infections have not been accompanied by rising mortality graph. Although there has been an upward trend in fatality because of the rising number of cases, the overall fatality rate in the state remains quite low.

However, the figures can always be debated upon as many states in the country have been rumored to have underreported their mortality rate during the second wave of the virus. However, looking at merely official data, Kerala seems to be holding on in keeping its fatalities in control.