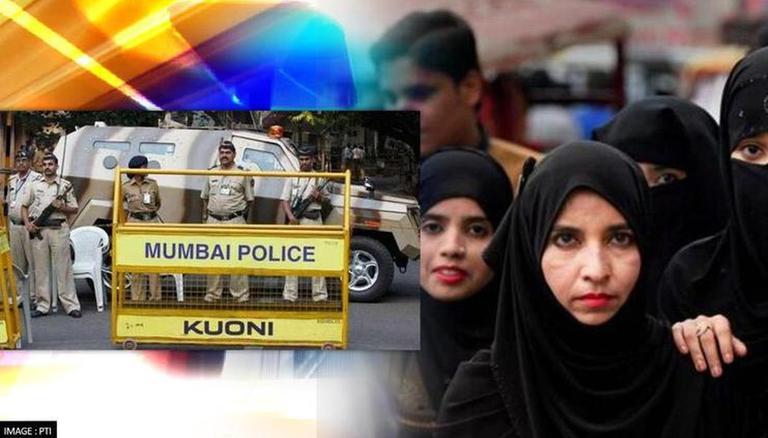 Bulli bai is an app used to target women, who are vocal on political and social issues, these mainly included several journalists, social activists, and women in judiciary and law-making.

This application isn't the first of its kind, just a year ago, another app called 'Sulli deals' had an auction set up to display outspoken Muslim women, plundering and misusing the images of the targeted community.

2022 did not start on a high note for the Muslim women who were being flogged off to an auction without their knowledge. This unfortunate incident was being hosted on a site named 'GitHub' on the 1st of January.

This same incident had taken its course last year when Sulli deals targeted random Muslim women, but Bulli Bai has put their target on the influential women of the same community. Journalists, counselors, artists, and well-known women were among those auctioned online as the culprits put up doctored images of these women for sale online, and the victims sought harsh punishment from the perpetrators.

The case is being investigated by Mumbai Police as well as Delhi Police. According to reports Mumbai Police have apprehended a Bengaluru-based engineering student.

How did the Bulli Bai Controversy start?

It started when this lowly app decided to feature doctored images of Muslim women, captioned very insultingly as, "Sulli deal of the day". It should not be taken into attention that "Sulli " is a pejorative slur for women. The app developers would unlawfully decide to pick pictures of these women from their social media handles and put them up for an auction without their consent.

Prominent opposition figures including Rahul Gandhi of the Congress and Priyanka Chaturvedi of the Shiv Sena, have asked the government to take down the culprits involved in creating this heinous platform.

Further, in this case, IT Minister Ashwini Vaishnaw has said the GitHub user who was behind the application has been blocked and further action was being coordinated. The Delhi commissioner for women has sent a strong message upholding the ban against this app.

Many ministers have also condemned this as an unacceptable appalling anti-Muslim misogynistic project. This is a very big disappointment to the cyber police and the judiciary because not only nothing was done the last time this happened, but it was easily allowed to be repeated.

Muslim women from several parts of the country who are an inherent part of the societal communities like political parties and the media have raised their voices against this vile online auction. In the recent updates, the website has been forced out of commission.

This application has created a lot of fear and anger in the hearts of many women. It is also sending out a very impeding and demeaning message regarding our nation to the other parts of the world.

Bulli bai is very similar to Sulli deals, to an extent that it is called its clone, as it functions in the very same way. These apps are prone to show a random picture of a Muslim lady when opened. One of the social media users pointed out. Muslim females with a large number of followers on Twitter are being targeted out, and their images have been re-posted on this network. Twitter saw a heightened outrage condemning this matter.

Applications like Bulli bai and Sulli deals have had an emotional and moral impact on many Muslim women, causing significant distress.

This isn't simply about racial profiling; misogynist parts of the country cannot use social media to denigrate and derogate women in general and in this case Muslim women in particular. This is nothing but online harassment is criminally culpable.

He tweeted this aiming at the tweet made by Ismat Ara, which spoke about how saddened she was to start her year with having been auctioned on this unfortunate app.

The applications Bulli Bai has been shut-down and taken down, it is now prohibited by its host site GitHub, and the recent updates stand to be the arrest of an 18-year-old girl from Uttarakhand who is seen as to be the main culprit behind the whole crime. Earlier Mumbai Police arrested Vishal Jha from Bengaluru.

The woman is currently being interrogated as well. The apprehended teen is a co-accused in the case and was in contact with the lady, according to police.

The app has no relation to Sikhs, according to police, but the accused reportedly made it appear as though it was related to Khalistani organizations, as the Twitter page of this app read a motif banner saying #FREEJAGGINOW and also claimed to be run by "Khalsa Sikh force". The police enforcement has declined all these allegations against the mentioned community.

Delhi Police continues to look into the matter and Delhi Commission for Women has issued a notice against the culprits.

The Secret Sickness: India's problem with Child Pornography and abuse!

Things you should know about Cyber Crime