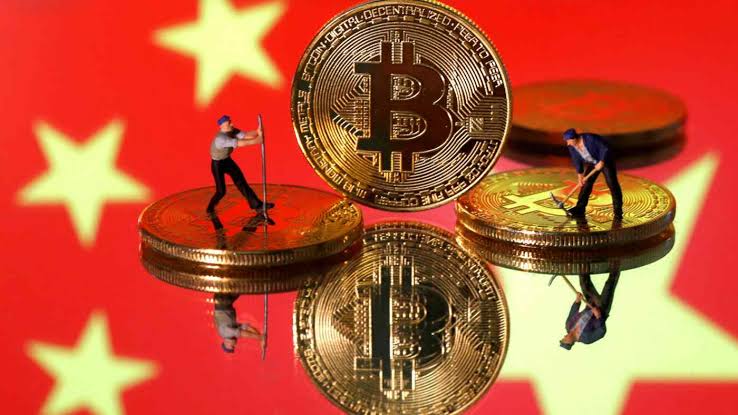 The Peoples Bank of China has declared all crypto-based transactions illegal. World’s largest crypto mining country is now shut. Exchanges around the world feel the heat. But it is not as bad as it looks.

The Chinese crackdown on enterprises has extended its hands to cryptocurrency. This was considered to be a beast in the crypto mining world with an energy usage per second estimated to be around 22,773,960,000.0 watt-hours. The markets and exchanges immediately felt the heat with Bitcoin coming down to 42,114 USD as of 27th September. China doesn’t want any competition to its digital yuan, this is one of the major reason’s speculated behind the move. However, this move will not likely affect the digital currency world, China mined over 750 bitcoins a year which means there will be a shortage of the most expensive crypto, driving its prices up. Chinese millennials who were very enthusiastic and optimistic about crypto are now in trouble with their accounts most likely to be frozen or be compensated by the government, nothing as of now is clear. However, experts say this will give opportunities to other countries where crypto is just getting started. Haiti became one of the very first countries to accept Bitcoin as its legal tender. But things didn’t go down well as a series of very unfortunate events unfolded. The crypto community had all its eyes on the country, but the corruption within the government has become a major problem to the country with government officials laundering their money via crypto exchanges. If properly executed this would have been one of the most progressive steps one country has taken.

It's India’s time to be opportunistic now.

It is an excellent opportunity for India to lay its hands all over the cryptocurrency world. Indian teenagers and millennials are enthusiastic and want India to promote cryptocurrencies. With speculations all over the place about the upcoming crypto-currency bill in the parliament, Indians are excited. India has a large energy production capacity, which can be further increased to support crypto mining. India needs to subsidise electricity for setting up crypto miners. Currently, there are no large scale mining centres like those in Norway, China or Hong Kong.

As the interest of Indian’s grows towards the stock market with record Demat account openings in 2020-21 the bull run has certainly changed the mindset of Indians related to investing their hard-earned money. Indian’s need to be properly introduced to the crypto-market as many might just see the rise in the price and blindly follow the market. Instead, they use of different coins and blockchain technology should be made familiar to beginners.

India could opt for pre-mined crypto-currency to bring in regulations and such coins are energy efficient as they are bought like tokens and are not mineable. They are distributed before the official launch to incentivise the developers, ICO investors and token holders who have contributed and invested the most in developing and advertising the cryptocurrency initially.

During the covid crisis, when the cases were at peak India received about 1 billion dollars in the form of cryptocurrency. Vitalik, a crypto billionaire from Russia and the founder of Etherium (ETH) donated 50 trillion Shiba Inu coins and 500 ETH to India COVID-Crypto Relief Fund, which has been set up by Indian tech entrepreneur Sandeep Nailwal.

The Indian market is very optimistic about crypto and investing has become a new trend, however, the volatility and the risks should be acknowledged by the investors in the crypto market. Crypto is a money-making machine also a money-losing machine at the same time and Indians do not like losing their Laxmi. The government needs to be cautious and the decisions should be well thought and in the public interest. The regulations should be market-friendly as well as restrictive at some point. With China closing its doors, India should open its doors and welcome crypto as Indian’s remain optimistic despite the volatility.