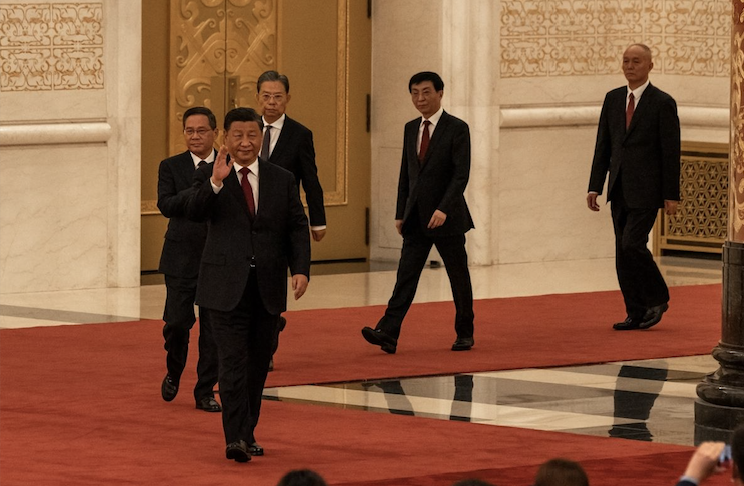 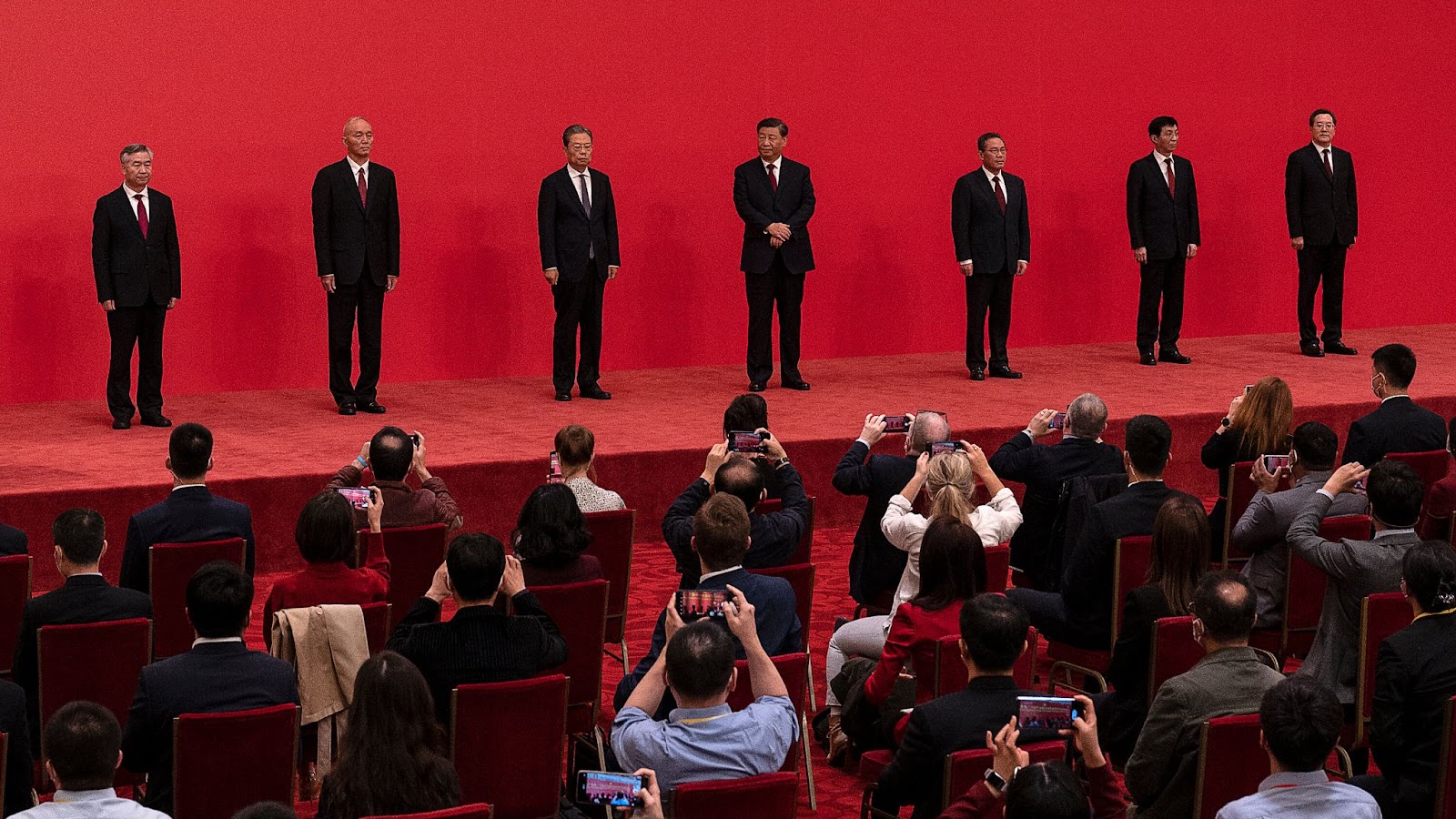 Members of the Politburo Standing Committee standing according to rank, with Xi in the center (Kevin Frayer/Getty Images)

This is a historical moment since his succession means that he will be the first Chinese president to ever break the two term rule, which was introduced in the early 1980s as a power-checking mechanism after Mao’s nearly 30-years rule.

It may not be a surprise, however, to many Chinese citizens, as Xi Jingping has managed to remove the two-term limit on the presidency in the constitution beforehand, which was passed by the National People’s Congress as early as 2018. The abolishment of constitutional barriers virtually makes a ‘lifelong president’ possible and reachable.

The subtlety in the air burst when Xi’s predecessor, Hu Jintao, sitting next to Xi, was escorted out of the Great Hall of the people when his expression clearly showed traces of disapproval and reluctance. 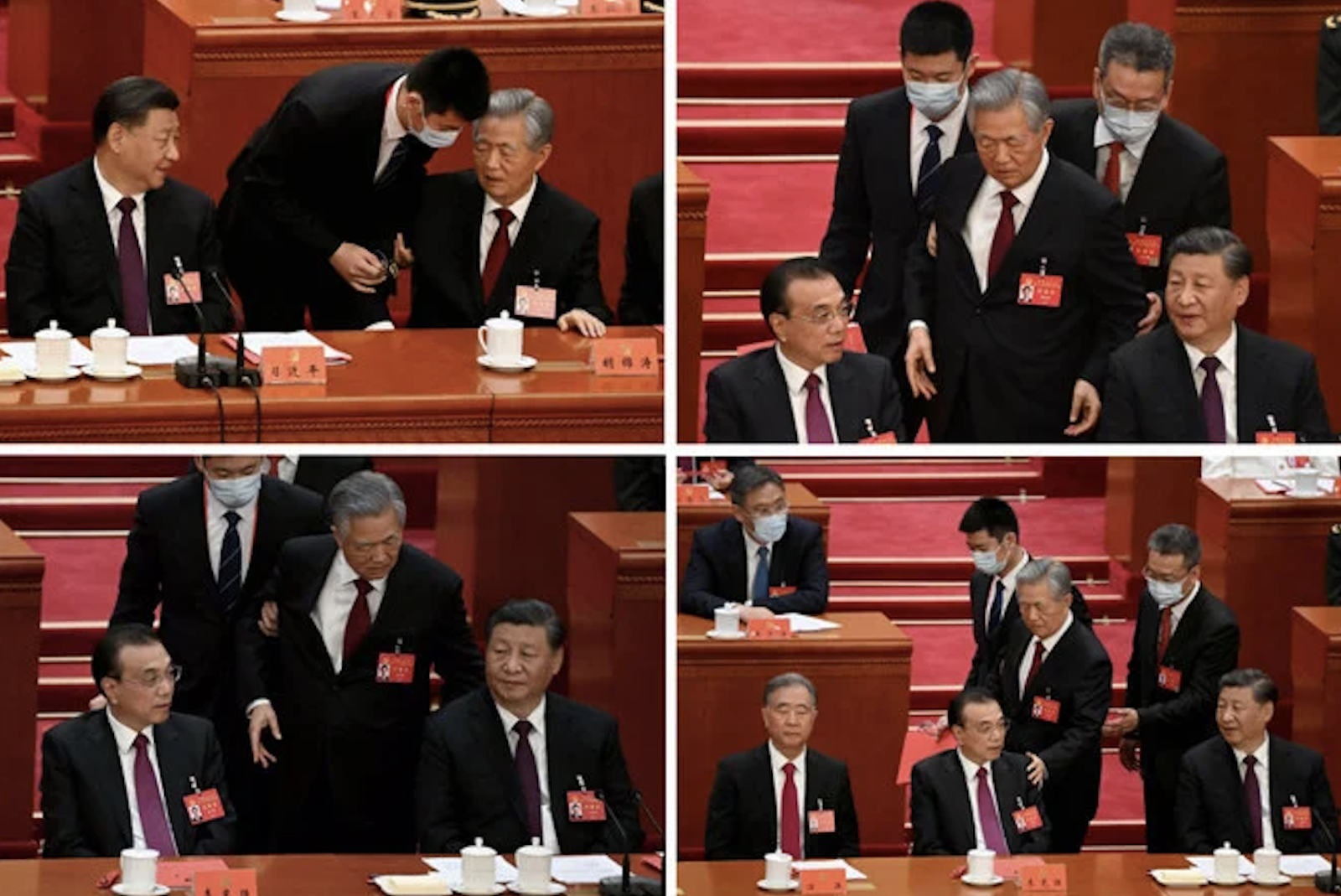 A larger 24-member Politburo as the second tier of party power was also revealed a day after the closing of the ruling Communist Party’s 20th Congress, which does not include women for the first time in at least 25 years. Most of them are apparently assumed to be loyalists to Xi’s party.

In contrast, those who didn’t clearly show themselves as loyalists like Li Keqiang (China’s prime minister) and Wang Yang (Chairman of the National Committee of the Chinese People’s Political Consultative Conference), who were both once seen as possible successors to Mr. Xi, have now been removed from the committee.

Many people were concerned about the future of China, both politically and economically, as it faces the potential threat of dictatorship. Xi puts emphasis on the necessity of continuing the Covid-Zero policy, suggesting that it is an ‘all-out people’s war’ regardless of the increasing disapproval against the policy’s implementation.

There will only be more and more problems waiting for him to solve: the stagnated economy in China with low employment opportunities for young people, the chaotic political rivalries in Hong Kong, Tibet, and Xinjiang, and the country’s ambiguous attitude toward the Russia and Ukraine war. With a much more centralized power system in his hand now, Xi has less constraint on ruling what he wants and what he thinks is the best fit for the country.