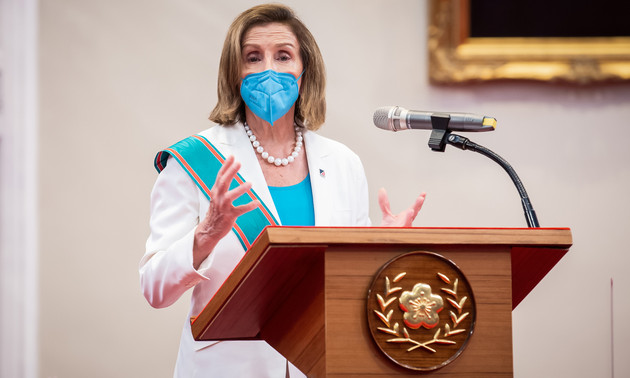 The speaker of the house of representatives, Nancy Pelosi visited Taiwan on August 2nd. This was a monumental mark not only for US-China relations but also between China and Taiwan. Pelosi had always been highly vocal about her stance against China and had often been critical of the country. Pelosi’s visit to Taiwan has been a significant development this year due to the simple fact that no high-ranking US official has ever visited Taiwan in over Twenty-Five years.

Since the 1970s the US had publicly maintained a One China policy. This meant that they had recognised Taiwan to be a part of China, a stance that China had officially declared internationally since 1945. The political situation of Taiwan was a result of events during World War 2.

Taiwan had historically had a tumultuous change in political identity. Ever since 1623, the Island of Taiwan was a partial Dutch colony, mostly populated by Austronesian people. It was followed by the rule of the Han and Qing dynasty of China upon which Taiwan was recognised as two separate provinces (Taiwan and Taipei) until the end of the Nineteenth century. The beginning of the Twentieth century saw the first Sino- Japanese war upon which an agreement was reached to make Taiwan a Japanese colony. World War 2 saw the Axis-Japanese forces surrender to the Republic of China (ROC) on behalf of the Allies.

In 1971, the countries in the United Nations took multiple claims and stances on if Taiwan should be recognised as a part of the PRC or not. This was where the US, officially recognised China’s authority over Taiwan. China has continued to pursue and legitimise its claim over Taiwan ever since. The United Nations officially recognises Taiwan as a part of China.

With her recent visit to Taiwan, Nancy Pelosi was condemned by the Chinese authorities. To China, it showed that the US was moving towards recognising Taiwanese independence. The US, however, continues to be ambiguous with its stance.

Pelosi, however, has never shied away from being vocal about Human rights in China. Speaking of her 1991 visit to China, the speaker tweeted in 2020, “Two years after protestors were met with violence & death, I joined my colleagues in unfurling a banner in Tiananmen Square which read: “To those who died for democracy.” To this day, we are firmly committed to standing up against China’s abuses of human rights.”

Pelosi had also been an advocate for Tibetan independence and has a close relationship with the Dalai Lama. She has spoken against the Tibetan genocide. She has also been known to support the pro-independence movement in Hong Kong. She has also called out the US presidents regarding the Chinese treatment of the Uyghur Muslims.

With her visit, China began exercising military drills around the Taiwanese airbase. A number of SU-35 fighter jets began to fly over the Taiwan Strait. These kinds of intimidation tactics were employed by China when Pelosi’s aircraft approached Taiwan. There have been Naval and Airforce operations on the Taiwanese coastline. There have also been reported missile test fires.

China also announced undisclosed sanctions on the US. The Chinese foreign ministry stated that the trip would have a "severe impact on the political foundation of China-US relations. China will definitely take all necessary measures to resolutely safeguard its sovereignty and territorial integrity in response to the US Speaker's visit."

The Biden administration responded with a statement citing that the US continues to recognise the One China policy but holds unofficial ties with Taiwan as well.

During her visit, the US speaker announced closer economic ties with Taiwan and voiced her support. “We don’t want anything to happen to Taiwan by force. We have to show the world the success of the people of Taiwan, their courage to transform their own country to become more democratic,” she said.

The Speaker’s trip to Taiwan has also amassed criticisms from many. American commentator Thomas Friedman called the visit “utterly reckless and irresponsible”. The criticisms stem from the fact that many believe that the trip has been futile and has not strengthened US relations with Taiwan and has instead fuelled a humiliated China to push the US towards facing unnecessary repercussions. With the ongoing military expenditure amidst inflation, the US is in no position to engage in military operations or political standoffs against China. To add to that, the US with its recent military operations in the Middle East and the ongoing proxy war against Russia is in no position to engage in political rifts and create controversies.

This has also given an impression to many, that the Biden administration has been relatively incompetent in subduing growing political unrest. In antagonising China, the US might bring China and Russia closer, thereby subduing the Western support for the Ukrainians against the ongoing war. Pelosi’s trip has also collected criticisms from the Republicans to undermine the Biden administration.

That being said, Pelosi stands by the fact that her recent actions in relation to Taiwan are with an interest in the preservation of Democracy. With her intentions solely focused on Human Rights, it would not come as a surprise that Pelosi remains adamant to react against Chinese interests. Whether this would deepen the crack between the East and the West or will the US prevail, is a question for the near future.