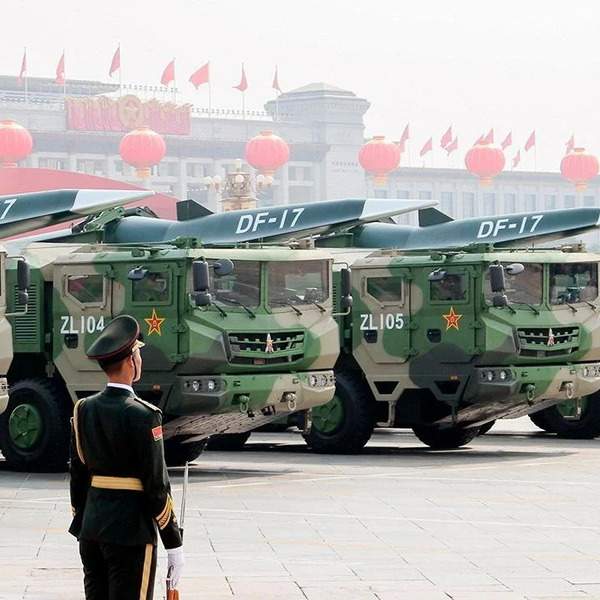 The rise of China as a global economic and military behemoth has caused alarm among all of the world's major players who have determined the new world order for the last century or so. China's ties with the United States and India have deteriorated significantly in the past couple of decades. Donald Trump took office in 2017 and a year after that he declared an all-out ‘Trade War’ on China and a few other US allies. Each dispute has employed a different legal basis in the United States, such as declaring overseas imports a national security concern, followed by Trump placing duties and/or limits on imports. This move seriously affected commerce, investment, as well as the world economy, both in the US and around the globe.

On the other hand, China has emerged as a major transnational lender in the last two decades, with outstanding claims currently topping 5% of world GDP. Most of this loan is official, with the state and government-owned businesses providing the majority of it. While China's position in global commerce has been well acknowledged and politically divisive, its rising influence in global finance has remained more ambiguous, owing to a lack of statistics and transparency. According to Harvard Business Review, overall, the Chinese government and its corporations have loaned around $1.5 trillion in direct loans and trade credits to over 150 nations worldwide. As a result, China has surpassed conventional formal lenders such as the World Bank, the IMF, and all OECD debtor governments combined to become the world's biggest official lender.

China has an authoritarian regime that has been repeatedly accused of major human rights violations and stifling free speech. As a result, the world's major democracies are wary of developing an alliance with Beijing. China, like most other nations, invests heavily in the growth of its defence sector, which includes military expansion, R&D, and the procurement of new high-tech weapon systems. A ‘Hypersonic Missile’ is one such weapon recently tested by Beijing that has piqued the interest of people all over the world. They are so rapid that their speed may alter the molecules of the surrounding air. They can carry an atomic warhead, fly at low altitudes, and are near impossible to discern.

They are often classified as rapid, low-flying, and incredibly manoeuvrable missiles that are too fast and nimble for standard missile defence systems to spot in time. According to the Congressional Research Service, hypersonic weapons, unlike ballistic missiles, do not follow a specified, arched course and can move on their route to their goal. The word "hypersonic" refers to any speed greater than five times the speed of sound, which is about 1,220 Km/hr at sea level, suggesting that these armaments can go at least up to 6000 Km/hr.

Glider vehicles and cruise missiles are the two primary categories. Because of the difficulties in creating hypersonic propulsion in missiles, the majority of effort is concentrated on the former, which are fired from a rocket before gliding to their objective. The missiles utilize scramjet engines that utilise the oxygen in the air to create momentum throughout the flight, letting them coast at a constant velocity and altitude.

So far, China, the United States, and Russia have the most sophisticated technology, while numerous other nations, including India, Japan, Australia, France, Germany, and North Korea, professes to have developed a hypersonic missile, are exploring the concept.

According to the Financial Times, Beijing launched a rocket on July 27 that used a "fractional orbital bombardment" mechanism to push a nuclear-capable "hypersonic glide vehicle" around the globe for the first time. Only a few days after that, China performed its second hypersonic test on August 13, leaving US officials "baffled" and "struggling to fathom" the potential of the new technology.

Last week, China completed not one, but two tests of a new hypersonic weapons system, which experts say can carry payloads at tremendous speeds, elude contemporary radars, and potentially outperform existing US capabilities.

In an interview, US General Mark Miley, chairman of the Joint Chiefs of Staff termed the test "a very critical technological event." Miley has equated this event to the "Sputnik Moment." Analysts believe China's test, like the Sputnik launch, might accelerate the ongoing technological competition between the world's superpowers.

Milley's remarks are the most significant public recognition of the testing and their ramifications by a US defence official to date. Following the earlier reports on the trials, US President Joe Biden expressed alarm over the developments.

Beijing, for its part, has refuted developing a hypersonic weapon, instead claiming the test used a reusable "spacecraft."

ThePrint reported, citing sources in the Indian establishment, that the Indian administration had prior knowledge of China developing such a missile technology. They went on to say that China's test, which missed its mark by "around 40 kilometres," according to the FT report, merely goes to demonstrate how quickly the country will perfect the capability.

India is also exploring the hypersonic weapons tech, with the intent of obtaining one by 2025.

The Defence Research and Development Organisation (DRDO) developed and tested the Hypersonic Technology Demonstrator Vehicle (HSTDV) on September 7, 2020, making it just the fourth nation in the world after the United States, China, and Russia to develop and build the technology.

Sources suggest at the moment that India will likely build its first hypersonic missile within the next 5 years. However, a subsequent test conducted in June 2019 failed to fulfil all criteria.

Rather than sparking a new arms race, China and Russia are actually deploying new missiles in reaction to Washington's 2002 decision to withdraw from the anti-ballistic missile pact and invest in ballistic-missile security. The Americans began to attempt to make their barriers impregnable. The Chinese and Russians are responding by assuring that their walls can be breached. This may turn out to be a positive thing because nuclear attack vulnerability is the bedrock of strategic deterrence and global peace. Unfortunately, each new weapon and delivery system increases the possibility of an inadvertent nuclear conflict. This is worsened in the current predicament by Washington, Beijing, and Moscow's reluctance to carry out confidence-building efforts, let alone weapons control.

Beijing is most likely inflating its technological prowess to create an environment of awe and terror to deter prospective regional competitors. Playing up its potential to attack the US mainland with ICBMs and hypersonic missiles helps persuade Americans in general that a conflict with China may not be a wise decision. However, such bravado might backfire. US President Joe Biden reaffirmed Washington's pledge to protect Taiwan in the case of a Chinese incursion. Admittedly, nuclear deterrence is a two-way street.

Indeed, Washington's excessive public uproar over China's hypersonic missile testing might be part of the defence leadership's political negotiation. Expect the US Congress to increase spending on hypersonic weapons and missile systems.

First, New Delhi can take advantage of a growing interest in arms control to redefine the problem from non-proliferation to non-use of nuclear weapons. As a first step, India is well-positioned to support a Global No First Use (GNFU) agreement. China, like India, has a no-first-use principle, and a post-Trump America may be more susceptible to the proposition. A window of opportunity is emerging, and Indian diplomacy is well-positioned to seize it.

Second, as Beijing, Moscow, and Washington develop hypersonic weapons and counter-defences, Space Situational Awareness (SSA) becomes extremely critical. With the recent deregulation of India's space sector, Indian enterprises can now aspire to gain a competitive edge in detecting objects in space from both the ground and orbit. An autonomous SSA is not only critical for space defence, but it also has the potential to become a strategic resource that other states will need.

Third, New Delhi may capitalise on space reforms by directing public funding toward anti-satellite and hypersonic systems physics, equipment, and engineering. The goal is not so much to tread in the tracks of China or the United States as it is to have a strong enough knowledge framework in critical technological areas to keep alternatives open.

Are China's hypersonic missiles a cause for concern? There is no right or wrong response. However, as a proponent of minimum credible deterrence, I would argue that as long as China is susceptible to India's nuclear weapons, the quantity and complexity of Beijing's arsenal should not be a major worry. The more powerful China's arsenal, the greater the problem... for Beijing. So far, without engaging in an arms race, New Delhi has successfully established strategic deterrence. Even though the current regime does tend to pick sides, as long as India doesn't let itself get too polarized, and maintains its well tested foreign policies, we shouldn't be worried too much.

Finally, as is always the case, realising our shared predicament — not as Indians, Americans, Russians, or Chinese, but as people stranded on a perplexing and stressful planet — is the first step toward sanity. It is perfectly acceptable for the world's major and intermediate nations to compete as rivals in philosophy, commerce, and just about anything else they want. Their political elites, however, must realise that when it comes to existential impediments to mankind, they must rise beyond themselves and engage as allies. That is true regardless of whether the threat is an epidemic, climate change, or nuclear war.