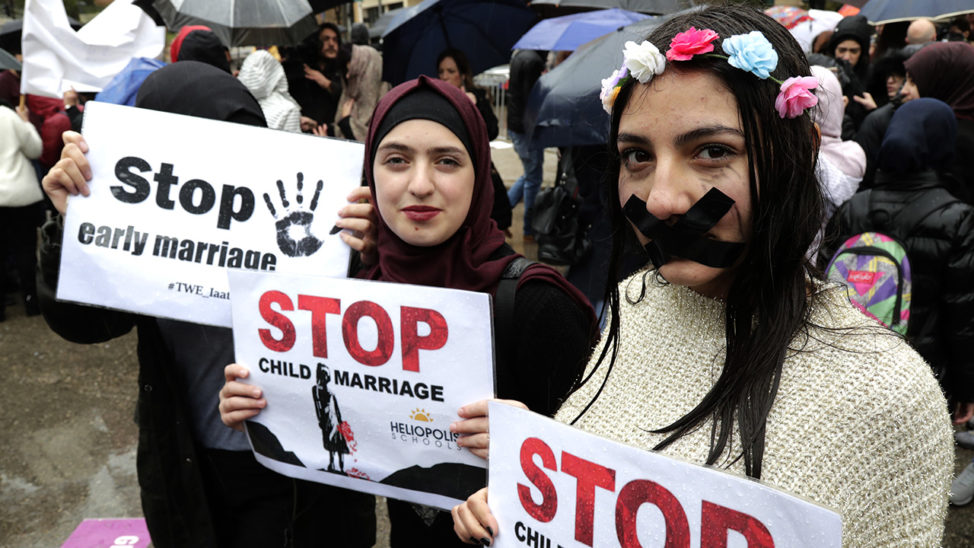 Recently, a study on women’s health was conducted on women’s health by BMC UK. It explored the cases of Iraqi perception of Early Marriage. The study surveyed about 160 participants who had experienced early marriage. It was found that while most participants showcased a negative attitude toward early marriage, most had undergone it due to socio-economic situations that had negatively affected their families. This study got me thinking if child marriage was still indeed a relevant issue to focus on when it came to women’s rights. To my surprise, I found that Child marriage, although unconstitutional and illegal in most countries, is still prevalent all over the world today. As of 2022, 1 in 5 women worldwide will likely wed before they turn 18. This uncomfortable statistic amounts to around 650 million women globally. Child marriage can be either forced or consensual. Forced marriage of a child often does not involve the consent of the victim and their parents. The United Nations Human Rights Commission (UNHRC) also stated that the COVID19 pandemic increased the rate of child marriage due to the closure of schools. It raises a very delicate issue as to why child marriage is more common than we know.

Before the industrial revolution, it was common for women to be wed to much older men right after hitting puberty. It was believed in Europe that a marriage of convenience for women was the only way to uplift their status in society. Young girls from lower social strata were wed off to affluent men, often from the nobility, to ensure a chance at a better life. In the lower classes, while such marriages were relatively fewer, early marriage persisted. One of the most famous child brides of the time, Mary Antoinette, married prince Louis (Later known as King Louis XIV) at the tender age of 14. Ottoman brides in Medival Ages would usually range between the ages of 11 to 13, and grooms would be married off at the age of about 14. This practice was also prominent in east Asia and North America with the case of Maria van Cortlandt (aged 16), who married Jeremias van Rensselaer (aged 30) in July 1662 in Albany, New York. This practice trailed back to Ancient Greece, Egypt, India, and China. It can be believed that child marriage for either gender was a common practice due to the relatively lower life expectancy and the lack of medical data.

With the turn of the century, this practice began to reduce as awareness regarding the physical implications of early marriage began to spread, and women took up more constructive roles within society through empowerment. Human life expectancy almost doubled from the age of 40s to the 80s. However, the practice was never truly eradicated. The UK outlawed forced marriage in 2014, but numerous cases of forced marriage, especially for underage girls, continue. As of July 2022, only seven US states have banned child marriage. While India outlawed child marriage in 1929 and set the minimum age for women to marry as 18 in 1949, child marriage is still at large. In Latin America, 1 in 4 girls marries before 18. However, the highest reports of child brides come from Sub-Saharan Africa. Niger has the highest overall prevalence of child marriage in the world.

Religion is also a factor that contributes to an increased rate of child marriage. Muslims and Hindus in India are very likely to cite religious reasons to justify child marriage. In Ethiopia and Burkina Faso, Christians also base child marriage on religious grounds. Child marriage is not tied to faith directly, but religious leaders continue to advocate and push for it only due to their monetary benefits. Sacrilegious brainwashing combined with a lack of education and awareness forms the true crux of the problem.

There are varied effects of child marriage on either gender depending on the society that they come from. However, the most lasting consequences of that can be found in girls. Girls married off between the ages of 15 to 19 experience severe health conditions often during pregnancy, often leading to death by childbirth. Those married as children face an increased risk of health conditions such as cancer, diabetes, heart disease, and stroke. Child marriage is also associated with higher rates of sexually transmitted infections, infant mortality, and premature birth. Mental implications include depression, anxiety, and bipolar disorders. Girls who marry before 18 are also more likely to become dependent on alcohol, drugs, and nicotine. Victims of child marriage often have traumatic sexual experiences as they become victims of marital rape. Teenage mothers are also significantly less likely to provide for their children, with a higher risk of the cycle repeating itself as they grow up in difficult socio-economic conditions with limited access to education, healthcare, and other opportunities.

There are many international initiatives today that resolve to prevent child marriage. The United Nations General Assembly designated October 11 as the “International Day of the Girl Child” to spread awareness regarding the educational and humanitarian needs of young girls in rural societies worldwide. The UN’s Commission on Status of Women (UNCSW) has issued multiple documents to eliminate child marriage. However, such efforts are baseless if the root cause of the problem is not solved. Nobel Peace Prize Laureate Kailash Satyarthi’s Children’s Foundation tackled Child Marriage in India through not just campaigns to spread awareness but also rescue efforts to prevent vulnerable children from being married off.  Ethiopia conducts a campaign where families of girls receive monetary compensation if their girls continue to study in school and are not married off. The US Congress has launched multiple public relations efforts to sponsor bills to reduce child marriage. However, the truth is that to eradicate child marriage, one must focus on eradicating poverty and making education accessible to all.