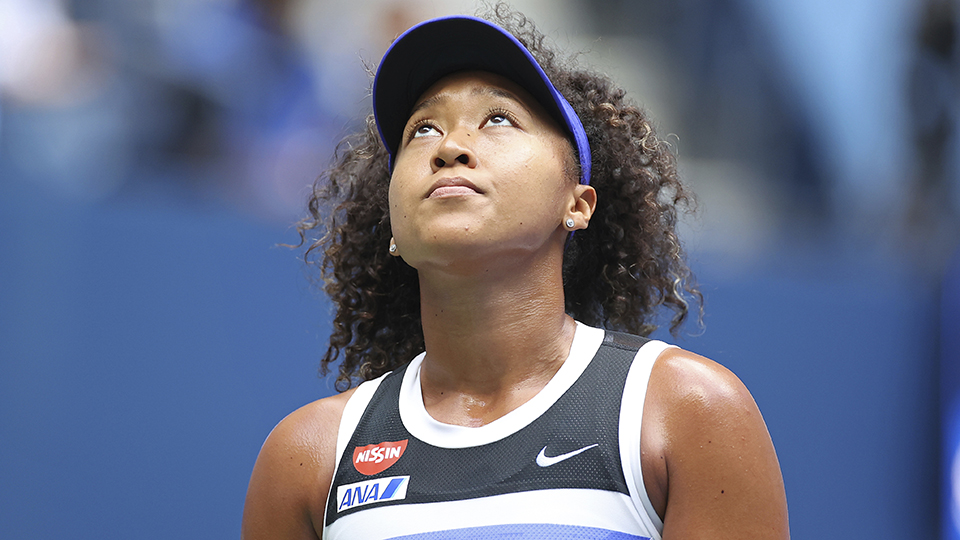 Since its inception in 1964, the Swimsuit edition of the cover of Sports Illustrated never showed the face of a Black female athlete. That is until Naomi Osaka graced the cover in the 2021 issue. She shared the space with Megan Thee Stallion, who is the first rapper on the cover, and Leyna Bloom, who is the first transgender woman of colour on the cover.

Naomi had her share of controversy before this. She did not participate in the press conferences for the French Open in May, saying her mental health was affected by the questions. This caused a lot of unexpected uproars. She also had to pay a $15,000 fine and was threatened with penalties. That compelled her to reveal she had depression. Later, she withdrew from the French Open. She also withdrew from Berlin and Wimbledon matches.

She was criticised for this because people thought she is using mental health as an excuse for copping out from the French Open. Megan Kelly more recently pointed out that she was on the cover of TIME magazine and Vogue Japan. She also has her reality show called “a Barbie” and Netflix has made a three-part documentary on her life. Questions arose such as, if she is suffering from depression and does not want to speak to the press, then why is she still speaking to magazines.

She defended herself by saying that the media she speaks to is not the same as press conferences. Press conferences subject athletes to scrutiny and are also repetitive with the questions. The questions in magazines are in-depth, allowing her to expand on her thought and express herself more freely.

Many celebrities came out in support of the young tennis player. These include Serena Williams, Billie Jean King, Stephen Curry, Usain Bolt, and Will Smith. They all thought that what Naomi pointed out were legitimate concerns that are looked over in sports. And they are right.

Normally, when an athlete suffers from a physical problem, they are immediately attended to, and they get as much rest as they want. Mental health should ideally be treated the same way. Mental health issues can significantly lower the performance of an athlete in any game. Naomi is no exception.

The pressure caused by press conferences is such that reporters from different countries speak to the athlete. This alone can pressurise the athlete. It is also important to pay attention to the fact that she did not waver from her matches since she started having bouts of depression in 2018. She never backed out from tournaments (except for the US Open last year to protest against racism in the US). She has always maintained her best form on the field. The withdrawal from the French Open is a situation where she is trying to make a point about mental health for the greater good of the profession of sport that she belongs to.

Her critics were told to do some research about her before speaking about her because she clearly said that the press conferences were bothering her and not all press coverage. M.J Day, who is the editor-in-chief of Sports Illustrated, pointed out in an interview that Megan Kelly did not seem to know the difference between press conferences and in-depth conversations despite being a reporter herself. She also said that Osaka is being subjected to unnecessary bullying.

Sports Illustrated Swimsuit edition has had its fair share of controversies in the past. Back in 1964 when it first started, people criticised it saying that swimsuits are in no way related to sports. Over a while, the swimsuit edition constantly made statements, from showing plus-sized models to having photos that were deemed too risqué, they’ve seen it all. And they stood by every decision they made over the years. This year was no exception.

Osaka is also now going to be playing from the side of Japan when she plays tennis. She is now a Japanese citizen. Born to a Haitian father and a Japanese mother, she gave up her American citizenship when she turned 22. In Japan, if you have dual citizenship, you have to give up one when you are 22. She chose to give up her American citizenship. Osaka was born in Japan and moved to the U.S when she was 3 years old. She said that she identified more with the country she was born in and therefore chose to be a Japanese citizen. She will also represent Japan in the Tokyo Olympics.

She addressed criticism towards this decision of hers and said that African Americans are not the only Black people to exist. According to her, people behaved as if the moment she decided to play for Japan, her Black card was revoked. She even had to face racism in Japan where people who are “haafus” or half Japanese are looked at differently. Two Japanese comedians once said on a show that Osaka needs “bleach” to make her skin fairer.

Osaka said she was very proud to represent the country and play in front of her Japanese fans as far as Tokyo Olympics is concerned. She, however, lost in the third round of the tennis match and her dreams for an Olympic gold came to an end.

All said and done, Osaka had to face criticism for things that should be normal. Her wish to fully become a Japanese citizen, her wish to bow out of press conferences, and her wish to appear on the cover of a swimsuit magazine were all met with backlash. This only means that the wishes of women athletes, and women who are generally in the spotlight, are not respected the way they should be.

The fine line between criticism and online bullying is often breached when it comes to celebrities. People are quick to find faults with athletes. This happened to Serena Williams when she pointed out sexism by a referee in the U.S Open. That was the first time Naomi Osaka played against Williams and the first time she defeated her tennis idol. At the time many journalists came out in support of Williams because it was evident that if there was a man in her place, what happened to her would not have happened to them. But she also received significant backlash from many people for “rude behaviour”.

As far as Osaka is concerned, she has always stood by what she feels about things. Last year she famously wore black masks with names of Black people that were killed by the police in support of the Black Lives Matter movement. She even withdrew from the U.S. Open last year to support the same movement. Her withdrawing from press conferences and the French Open is also her standing by what she feels, as also does her appearing in the swimsuit edition of Sports Illustrated. And if this brings changes required in the age-old game of tennis, then it is only for the better.