What Is The Clash Between The Indian And Tajik Cadets About At The IMA? 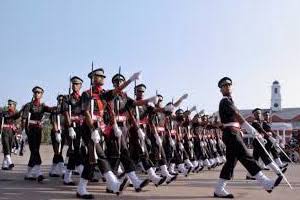 The prestigious Indian Military Academy, as well as a few cadets enrolled in its comprehensive training program, have recently been in the news quite a lot. On the 3rd and 4th of March, at midnight, a violent brawl broke out at the IMA between two Indian cadets and their Tajik counterparts, leaving numerous other cadets severely hurt.

Altercations and confrontations on February 24 and March 2 had preceded this clash.

While the investigation resulted in prompt disciplinary action, the presence of cadets from a friendly foreign country i.e. Tajikistan compelled the need for a moral commitment from the army to adhere to a standard policy yardstick while assessing and judging the grave situation.

Following violent dissent in March that led to two of them being hospitalized in terrible conditions, the Army ordered the two gentlemen cadets (GC’s), who were previously jawans completing IMA officer training, to be removed from training and returned to their respective units on June 7. Both GCs were released from the IMA since one was a Gunner in the Regiment of Artillery and the other was from EME (Corps of Electronic and Mechanical Engineering).

A show-cause (censure) notice which is similar to an administrative punishment that is included in the file record of the concerned officer, was also handed to a prominent colonel and a few other officers at the academy for their apparent inability to supervise and maintain the situation before it turned into a large altercation, with disciplinary action ranging from relegation and demotion by a term to the cadets.

Censure is given for minor acts, actions, omissions, or offenses, not for cases of moral turpitude, fraud, theft, dishonesty, or misappropriation. According to paragraph 432 of the Army Regulations, 1987, the latter will be tried by a Court Martial or prosecuted in a civil court.

The two jawans filed a petition to contest the order to force them to board out at the same time. The Arm Force Tribunal has placed the decision on hold until the next hearing date after analyzing the petition and the case.

The monitoring bench, comprised of Justice Rajendra Prasad Menon and senior Lt. Gen PM Hariz, responded to the petitions by issuing a stay of the action, stating that they found the essential and fundamental principles of justice and statutory provisions were not diligently followed before issuing the action against the two gentlemen cadets.

In his appeal, the accused cadet stated that on March 3, 2021, about 21 Tajikistani GCs broke his door hooks and beat Indian GCs in the room with hockey clubs and rods, injuring many Indian GCs and resulting in medico-legal litigation. He went on to claim that he and seven other Indian Generals were admitted to the Military Hospital in Dehradun, where they were being treated for their injuries.

He argues that Army officials have refused him any opportunity to explain himself and have "illegally and harshly" put an end to his goal to become an officer. What must be noticed here is that out of all, only 0.01 percent of Army jawans are eligible for this once-in-a-lifetime opportunity where they can defend themselves.

While disclosing several critical pieces of information that hampered the image of the much appreciated disciplined life followed at the IMA, the GC further asserted that the Tajik GCs were regular offenders who kept cell phones in their dorms, which was against their academy's rules.

According to the petitioner, he and other GCs were saved from a "merciless attack by Tajikistan GCs by the Company Commander and other officers, and as per the IMA Adjutant's statement during the Court of Inquiry, the foreign GCs were not being controlled by the officers, and the Adjutant had to call armed guards of the Quick Reaction Team to control the Tajikistan GCs."

Aghast IMA veterans claimed they had never seen anything like that before. “I have never heard of anything like this,” said Major (Retd) Masroof Raza, who worked in the IMA's adjutant section, which deals with foreign cadets, from 1987 to 1989.

The Indian Military Academy, which almost every individual aspiring to get enrolled in the army dreams of getting in, was founded in 1932 upon the recommendation of a military council which was chaired by Field Marshal Philip Chetwode. Located amidst the picturesque city of Dehradun, the IMA currently holds an authorized capacity of 1,650 male cadets.

While the selection process is in itself a once-in-lifetime experience for many, the intensive training program that lasts for around a maximum of sixteen months is the real deal.

The cadets are put through not just physically demanding duties, but also challenges that assist them to develop their cerebral and emotional abilities. Cadets are permanently commissioned into the army as Lieutenants after completing their designated period at the IMA.

A few years ago, The Indian Military Academy also penalized 16 of its under-training cadets for allegedly "ragging" their peers in an uncommon move. According to a well-written report by the Times of India, action was taken against cadets from the spring 2016 class for abusing their juniors and taking offensive images of them.

During their training, juniors are routinely mentored by seniors, and there have been numerous incidences of suspected ragging in Indian military institutions through the years. However, some of the mentoring approaches adopted have sparked heated discussion. Others have criticized it as "harassment," describing it as a "toughening" process that promotes cadet trust and camaraderie.

In an interview that was published in 2016 with an IMA cadet, he stated that there is a widespread assumption that commanders and cadets may do whatever they want as long as they don't get caught. The activities assigned to juniors by their superiors, on the other hand, aid in the bonding of both sides, which is exactly how the army operates.

While anyone who has qualified for the IMA after a difficult exam and interview is well aware of the IMA's drill, which can be both thrilling and difficult for them, such reports leave aspiring candidates as well as the general public in doubt about whether there is a fine line between ragging and the toughening process or not.

Analysis of Clash of Civilization