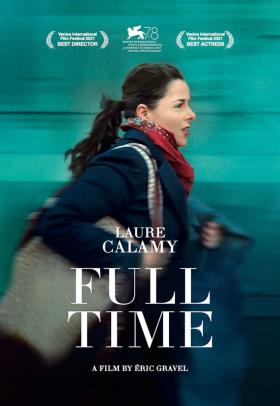 A new French movie era gets highlighted by the social conditions and responsibilities of a woman in society. At the 78th Venice Film Festival 2021, the jury identified Audrey Diwan as the Golden Lion for “L’événement – Happening”, where she portrays Annie Ernaux, a famous French writer’s abortion experience during the 60s. The latest Emmanuel Carrère movie “Ouistreham – Between Two Worlds” was presented at the 74th Cannes Festival 2021, where Juliette Binoche embodies a fake ferry-boats maid to expose the condition of a French maid.

The recurring theme of these movies is womanhood and motherhood. Even when pregnancy is favoured, women are left to take care of their children. It results in breathless long days void of leisure and personal enjoyment. Julie Roy, the protagonist of “À Plein temps – Full Time” directed by Éric Gravel, won the best director in the Horizons Section, which perfectly puts on stage the complicated life of a mother. Most importantly, of a woman who is determined to follow her goal. With her terrific performance, Laure Calamy, who received the best actress Horizons award, perfectly incarnates the madness and the strength of a worker divided between personal aspirations and reality.

Julie is a high-class maid who works in a luxurious Parisian hotel. She has raised two children, and because she can’t afford an apartment in Paris, she lives in a small town between the banlieue and the capital. The director deliberately chooses not to disclose the location to the audience, implying Julie’s life as one of any woman and mother.

In addition, the soundtrack provides panic and acceleration to the story. The uniqueness of this intense movie is in its tight rhythm, which has the impressive capability of reflecting Julie's anxiousness from the first shot. The score is an electronic sound that resembles the heartbeat. Éric Gravel's perspective of the burdens is presented on the screen through a continuous flow of images. Julie Roy gets up at four every morning, drops her children off with an elderly neighbor, and rushes to catch the first train to Paris with the camera in constant motion with her tribulations.

The story revolves around the public transport national strike that paralyzes France and complicates Julie’s situation. She spends five days a week arranging rooms for wealthy and demanding guests of the five-star hotel that she usually reaches by bus, bike, or a friendly ride if she is lucky. She can barely spend a Friday night with her friend or even think of a relationship with the dad of her son’s classmate, whom she awkwardly kisses. Julie’s hectic work schedule has affected her son, as they do not get a chance to meet for days.

Within this chaotic framework, Julie doesn’t give up because she is determined to follow her dream of becoming a marketing researcher. She puts her job position at risk but in the end obtains an interview with an important French business enterprise. Julie tackles distress, anguish, and joy in a bid to keep her professional life and the management of her household from falling apart. It is inner strength and motivation that lightens up her darkest days.

How many exhausting situations do women have to endure? It is a crucial and unanswerable question considering that women are invisible to society. Low wages, poor working conditions, and countless responsibilities are dominating features in a woman’s life. Resilience is the appropriate term to describe a woman’s attitude towards family and work obligations. Here, the filmmaker astonishingly paints her plight without being moralistic or partisan and attends to the social problem through the magic of the cinema.

The movie addresses the long-term problem of mothers being forced to choose between work and child-care. While women witness the series of unfortunate events Julie encounters, they feel pain and anger. These events can be considered as factors that socially influence women in general. But how and why does this social effect occur? Culturally, women’s role in society is confined to the four walls of the house, to becoming good mothers and wives, and primarily focusing on household chores. This clearly shows that women, even those with a better job position than men, will be always evaluated based on their domestic capabilities. However, society is changing. Overcoming the belief and practice of patriarchy which subjugates women at political, economic, social, and cultural levels is essential to achieve equality, dignity, rights, and freedom for women.

From my point of view, on the one hand, society works for women’s empowerment, and on the other, it doesn’t have the instruments to support them and sustain the empowerment itself. For instance, women are increasingly visible in leadership positions: from running the European Commission Parliament to heading scientific departments. Nevertheless, a gender gap exists. Change should begin at home. Mothers should teach boys that girls have the same rights, and motherhood isn’t the main purpose of girls’ lives. At the same time, girls should be encouraged to choose freely for themselves. As a result, it is necessary to invest in both boys’ and girls’ education to reduce gender inequalities.

Commonly, after high school, girls are more likely to study literature and classics rather than enroll in STEM fields (science, technology, engineering, and mathematics). According to psychological studies, their careers remain underrepresented because they have to take care of their families. Being ambitious is desirable but having children is preferable. Flexible work arrangements are tolerated but it comes with lower pay and fewer opportunities in training and advancement. Evidence indicates women earn less than men resulting in de-powering women and then triggering a psychological response of women who feel powerless. Usually, good company performance is more strongly attributed to male performance. Consequently, women are more likely to be fired as they don’t meet working expectations. This is problematic because women have to face difficult barriers, as they need to work harder than their male counterparts, and obstacles in breaking through the proverbial glass ceiling.

But the important question is, what are the possible solutions for women who want to be both mothers and full-time workers? When a number of factors converge, their combination reinforces the impact of each and forecloses the working alternative, especially when it regards single mothers who don’t have valid parental support. The favourable conditions are related to mental health and well-being for both the individual and the community. A government that allows individuals to realize their abilities, cope with the normal stresses of life, work productively and fruitfully, and promotes personal growth, men’s engagement in early childhood development, and equal participation in household chores, is a government that cares about female engagement and their social and economic wellness. Most importantly, that aims to reduce the gender gap. But if governments miss this step to move forward, we will never achieve gender equality.