Dowry: An evil that still exists 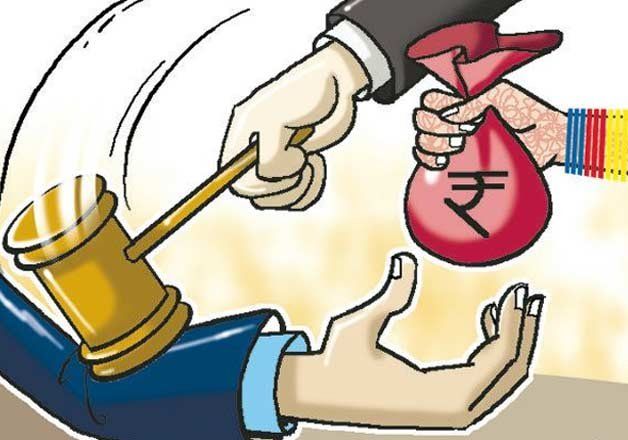 In various cultures, a woman's dowry is the money and commodities that her family provides to the man she marries. The dowry system predates to the Elizabethan period. In ancient days, dowry was not thought of as "money" or a "fee" that the bride's parents had to pay. The purpose of the dowry system was to ensure that the bride would be economically solvent following her marriage.

The goals were quite clear. The bride's parents used to give money, property, and other assets to the newlywed as a "Gift" to ensure that their daughter would be comfortable and self-sufficient after getting married.

The practice of dowry in Indian marriages is a deeply rooted cultural tradition that has been dubbed one of the most significant roadblocks to "confront India on her journey to true equality.” The practice has been blamed for several problems impacting women in the nation, including dowry abuse, forced marriage, and marital murder. The reason many families started despising daughters and their birth and saw them as a curse was said to be dowry, dowry is one of the biggest causes of female foeticide, as people see the birth of a daughter as a burden, because once she gets old enough to marry, dowry would have to be paid.

Many social workers and lawyers have continuously asked for the abolition of dowry and to make sure that the inheritance is shared equally amongst one’s children; be it a daughter or a son. In the beginning, dowry may have looked like something harmless and benign but it is a very toxic custom that gives birth to corrosive patriarchal superiority and violence against women.

More than a custom dowry has now become a misguided attempt to secure a woman’s future in her new home. Dowry has become more of a strategic alliance involving transferring land, money, and property. Dowry does nothing but encourages the entrenched roles of gender injustice and domestic violence.

Dowry is a prevalent practice in more than a dozen nations throughout the world. Almost often, the practice degrades women, either directly or indirectly. But India stands out to be the epicenter of this destructive culture also after the government banned dowry in India in 1961 it still continues to take place almost everywhere in India. Dowry homicides and suicide attempts have become a major source of concern in India, notably in Delhi and other major cities. It is said that every twelve hours, a bride gets burnt to death in Delhi. Between April 1 and June 30, 1983, 162 incidences of women being burnt were reported in Delhi. This would be an all-time peak in the frequency of such instances, with dowry being the most common reason.

Every year, around 8,000 women die as a result of India's dowry system. When a woman's family is unable to raise the desired dowry gift, her husband or in-laws might kill her. In other instances, women kill themselves as a result of harassment and abuse for not paying the dowry. Many women are burnt alive as they fail to raise the dowry, other times they are abused by their husbands and also have acid thrown at them.

Dowry increases the chances of child marriage exponentially as it is said the younger the girl, the less dowry needed. This practice forces many girls out of school, leaving them with no proper education and illiteracy. More than 700 million girls all over the world were married before they turned 18 and this number is believed to rise to 1.2 billion by the year 2050.

India has the highest number of child brides, the biggest cause of this is dowry as it is believed that younger the bride less the dowry so to save money families get them married at earliest possible. Dowries also lead to infanticide as many parents terminate daughters or let them die after delivery because they are seen as a debt risk on the family. This results in both a long-term devaluing of women and a significant gender gap.

Upon seeing women as property, as things that can be traded; the dowry system dehumanizes them. To complicate things and make them worse, the system views them as a liability rather than an asset that should be shared, the bridal party pays the groom's household for the expense of caring for the bride. As a result, each dowry paid perpetuates a society that views women as second-class inhabitants.

In India, where dowries are most popular, women's representation in the workforce is among the poorest in the region. This is partially due to dowries' promotion of the notion that a bride would be looked for by her husband's parents and should not work outside the home. If a wife decides to pursue a profession after paying a dowry, it might be considered an insult.

Dowries are common and harsh, but that doesn't imply they can't be abolished. Equality and economic justice groups are gaining traction in India, intending to abolish dowries. As per a spokesperson, an anti-dowry campaign operating in three Muslim-majority villages has reduced dowries from 95 percent of marriages to barely 5 percent. However, there is still room for improvement. Although the law expressly prohibits dowries, it is not enforced.

The initial Dowry Prohibition Act was amended to include minimum and maximum penalties for providing and receiving dowry, as well as a penalty for seeking dowry or publicizing money or asset offers in conjunction with a wedding. In 1983, the Indian Penal Code was amended to include specific offenses like the main cruelty, dowry death, and suicide instigation. When proof of dowry demands or dowry harassment could be established, these statutes would penalize the women’s husband and in laws for violence towards them.

Dowry is an issue that affects all areas of Indian culture, but it has become a chronic affliction, especially among the literate middle classes who work in paid positions and participate in international commerce. Feminist organizations, volunteer organizations, intellectuals, and the media have all expressed great concern about finding legislative and reformative solutions to this societal ill. As a consequence of the societal awakening sparked by numerous organizations and individuals, the main tragedies and crimes have decreased in recent years.

We might think what is the reason for the existence of dowry in the modern world?

Dowry is still practiced in many ways, even though it is illegal. As is obvious, there are several causes for dowry. In such a circumstance, it is imperative that the institutional structure governing dowry be revised, as well as a further study into the various kinds of dowry and the reasons for its predominance. The twenty-first century, which has been dubbed the "age of modernity," has prompted various scholars to examine dowry in the context of societal change. Globalization was aided by an efficient market, which contributed to the emergence of a consumerist mindset.

The rise of materialism has influenced how dowry is viewed, promoting it. Advancement has a tremendous influence on women's perceptions of the dowry system. Monetary and basic things received as inheritances are for the use of the new couple; clothing and jewelry may be used by the mother-in-law or sister-in-law, and the remainder of the dowry may be used as a dowry at the marriage of the daughter.

It is critical to recognize that little progress can be made until the problem is addressed at its source. Yet more people are speaking out against this practice, but in many situations, the bride's parents seem to have no recourse. To effectively rid society of this problem, a movement that spans all classes and social statuses is needed. Only by seeing the situation in context and understanding it as a local occurrence can it be properly addressed and remedied.

Until Dowry, Death Do Us Apart