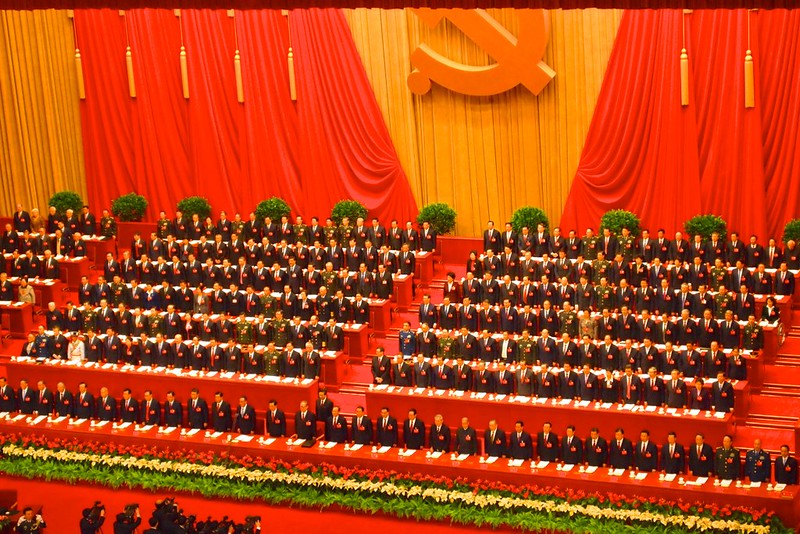 In his 2-hour opening speech to the Chinese Communist Party for the party’s 20th National Congress on 16 October, Chairman Xi Jinping addressed the country’s progress in the five years since the last Congress, and stated some of his plans for the upcoming five years. In his comments regarding Hong Kong - a prickly thorn in the side of Xi’s authoritarian China - he praised the efforts of Hong Kong’s government in smoothing out “turbulent developments” within the city, and ensuring that “Hong Kong is administered by patriots”.

Anyone following developments in Hong Kong will know that Xi’s comment is a clear reference to the 2020 National Security Law, which was enacted despite citizens staging more than a year of protests against the imposition of an extradition bill. These people will also know that Xi’s statements are but a superficial reflection of social order in Hong Kong. While the law has been viciously relentless in persecuting protesters and dissenters of the local and mainland leaderships, it is clear that the spirit of opposition has not been quashed. Therefore, this essay will assess Hong Kong’s current situation and discuss why the national security law has not been as effective as Xi makes it out to be, as a reaction to Xi’s speech.

An uneasy peace in Hong Kong

When Chairman Xi visited Hong Kong to celebrate the 25th anniversary of its return to China, and to inaugurate the city’s new chief executive this summer, he undoubtedly found the state of things promising. Hong Kong and Chinese national flags fluttered wherever the administration could find a place to put them, and normally packed streets were cleared of most traffic in order to make way for the presidential entourage. Even metro stations were closed to ensure that Xi’s tour of Hong Kong would not be interrupted by civilian movement. Meanwhile, several local and foreign outlets were denied access to the chief executive’s inauguration ceremony.

As we can see, the Hong Kong government went out of its way to make sure Xi’s view of Hong Kong was positive, and thus to make sure Xi retained faith and support in the local government. From this, we can see how superficial the peace is in Hong Kong and the fact that its leaders are more than aware of the fragility of this peace.

However, it is true that the local government has achieved somewhat of a detente since the passing of the national security law in June 2020. This is partly because of the unforgiving persecution of the law: a total of 183 individuals were arrested for national security crimes from July 2020 to the end of March 2022. Furthermore, the punishments for committing national security crimes are unusually harsh, with victims potentially facing life imprisonment. Tong Ying-kit, the first activist to be arrested under this law, being sentenced to 9 years of imprisonment.

To judge the efficacy of this method of deterring activism, let us look at the numbers. Amongst the 183 individuals arrested in the last two years, 117 were arrested in the first year of the law’s imposition. As arrests have slowed down over time, this suggests that rebellious voices are being gradually silenced. Yet, while it is easy to pin the decrease in opposition on the fear of the activists, I think a more compelling argument to be made is that activists are being forced to find ingenious ways of rebelling against the regimes in power.

Silenced but not gone: the spirit of opposition

Protesters against the local and mainland governments are not timid - their apparent silence may come from the increasing need to find ever more covert ways of showing their opposition. Indeed, we only need to look at recent convicts to find proof of both parts of this argument. For example, five speech therapists were found guilty of sedition after publishing a series of children’s books in which the villain of the story was called the “Wolf-chairman”. One of the defendants, Melody Yeung, said, “I don’t regret my choice, and I hope I can always stand on the side of the sheep”, referring to the books’ main characters, a village of sheep that are targeted by the Wolf-chairman.

More recently, on 16 October a Hong Kong pro-democracy protester was pulled into the grounds of the Chinese consulate in Manchester and beaten up. A spokesperson for the consulate said that the protesters had “hung an insulting portrait of the Chinese president at the main entrance” of the consulate. In reaction to the incident, the victim, called Bob, told the BBC, “It’s ridiculous. They [the attackers] shouldn’t have done that. We are supposed to have freedom to say whatever we want here [in the UK].”

These two incidents are perfect examples of the strength of the Hong Kong activists in the face of adversity. Firstly, the five speech therapists living in the heart of the political fiasco remained unfazed by the threat of the law and found an effective way to spread their anti-government message against the odds of the national security law. Meanwhile, even Hong Kongers living abroad remained passionate about the future of their home city, using the greater freedom of speech in the UK to speak out against Hong Kong’s gargantuan neighbour. It is obvious that the citizens of this small city cannot, and will not, be easily silenced, despite the unrelenting nature of the national security law.

Indeed, it is hard to believe that two years of such a law would be successful in wiping out opposition to the government, the seeds of which were sown as early as before the 1997 handover. Hong Kong’s history has rarely seen a moment of peace, as its people have never been afraid to speak out against the wrongdoings of the regimes in power. The 1989 Tiananmen protests, the 2014 Yellow Umbrella movement, and the 2019 extradition bill protests are just the most well known of a long story of activism.

Therefore, to say that the national security law scared Hong Kong’s activists into silence would be a gross underestimation of their fighting spirit. Rather, Hong Kongers have continued to voice their opposition to the mainland and local government’s policies via increasingly creative methods, whether it be within or outside their home city.

In conclusion, Xi Jinping’s statements regarding the restoring of order to Hong Kong fail to take into account the storm brewing under the surface of a superficial peace in the bustling city. Hostilities have not been quenched; rather, the activists’ explosive energies have been redirected into coming up with covert tactics to spread the seeds of opposition. Essentially, while Hong Kong may indeed be administered by patriots, they are failing to pass these sentiments on to their citizens, whose disappointment in both regimes cannot be wiped out by the introduction of arbitrary laws.