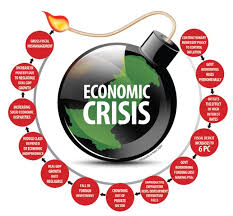 World media is blaming previous Prime Minister Imran Khan for the economic crisis of Pakistan, while the ill-fated cricketer certainly played a role, he wasn't solely responsible. The downfall of Pakistan is a product of various wrong strategies compounded for over seven decades. In the past 30 years alone the IMF had to bail it out 13 times and is wary over a fourteenth saves.

No Prime Minister has been able to complete their tenure in Pakistan. They are always removed by a military coup or judicial proceeding. Thus the political organization of Pakistan vacillated between democracy and military rule. Even during their democratic period, every elected Prime Minister tried to rectify the mistakes of the other one first By the time they began working on their policies, they were removed.

Basically, if the first PM took one step forward in a direction, the next one took two steps back, and before taking steps in some other direction, he is dethroned. For instance, in 1978, General Mohammed Zia-Ul-Haq took control of Pakistan and took some autocratic actions.

He banned all unions and censored the media; he also took heavy loans from the US during President Reagen's time. After he died in a plane crash, Benazir Bhutto became the next liberal Prime Minister. By the time she reversed the ban on unions and censorship, she was replaced by Nawaz Sharif. The main drawback of such a system was the lack of motivation for foreign companies to set up industries in Pakistan. Due to the continuous change in government, there was always the risk of increasing taxes and reversing economic policies. So a democratic government may levy a 10% tax. However, a dictator may put a 50% tax or change the entire economic policy for the worse, thus rendering established industries useless for foreign companies. So despite having a competitive workforce, Pakistan got no sustainable foreign investment. It also hollowed it out internally as the aim of every leader was not the development of the nation but securing power.

A tactic used by the ministers in their quest for power was encouraging people to nurture hatred for India. They united their country on the pretext of harming the country from which they broke away. They influenced people with bold anti-Indian sentiments- thus carefully sidetracking the main issues of hyperinflation and lack of foreign investment. This began with the proponents of Islamic thought, who aided the formation of the country and decided its direction during the years of its infancy. For instance, Mohammed Iqbal known for his Taran-e-hind lines, 'Saare Jahan se achcha Hindostan Humara' turned his tune for Pakistan's formation.

Earlier in Taran-e-hind he wrote -

(We are Indians and India is our homeland)

Later he composed a new Tarana,

(China, Arabia and India are ours. We are Muslims; the whole world is our homeland)

These types of sentiments have not only provoked Pakistanis against India, who has always been kind to its neighbor both diplomatically like in the Indus water treaty and war as in the Kargil War, but also against their own country. They failed to realise the basic fact that nationalism binds a country, not religion. It sided with the US during the Cold War and so it stays in the American pocket even when they take actions against Islamic countries like Iraq. As a result, the US takes it for granted while most Islamic countries are wary of it. The Taliban was a creation of the CIA against the Russians (earlier known as Mujahideen fighters). Now that the American soldiers are back in their country, all that these terrorists do is harm the reputation and economy of Pakistan. Parvez Musharraf in a famous interview clip was seen calling leaders of terror organizations such as Al-Qaeda, Lashkar-e-taiba, and Jaish-e-Mohammed Pakistan's 'heroes'. This statement by the office of a country living off the US Coalition Support Fund (granted as they gave full access to their ports and Airways to the US) proved the double standards of the country to the world.

The Dragon Cove and India

Now, the country is being used by China, and Pakistan is accepting unequal terms because it is no longer in the position of negotiation. As a country that is always demanding aid on international platforms, the proverb 'beggars can't be choosers." China has offered loans at an extremely high interest of 4% compared to Western countries and Pakistan with its permanent case of myopia has eagerly accepted it. The entire construction of the new projects in Pakistan would be done by Chinese nationals. This has 3 consequences, benefits for China and darkness for Pakistan -

India can learn many lessons from the downfall of Pakistan, first is that the aim of any party in power should be the development of the country. It is the responsibility of the citizens to see that their actions are in accord with the welfare of the nation. Otherwise, India may end up like its neighbor or worse would get swallowed by the dragon whose imperialist tendencies are well known. Second, India needs to be cautious about the intentions of its allies and not rely so much on a particular country. The niches of geopolitics are intricate, and India must tread carefully, or it may fall as Pakistan did.