Mongolia and Inner Mongolia: The Struggle to Preserve Ethnic Culture 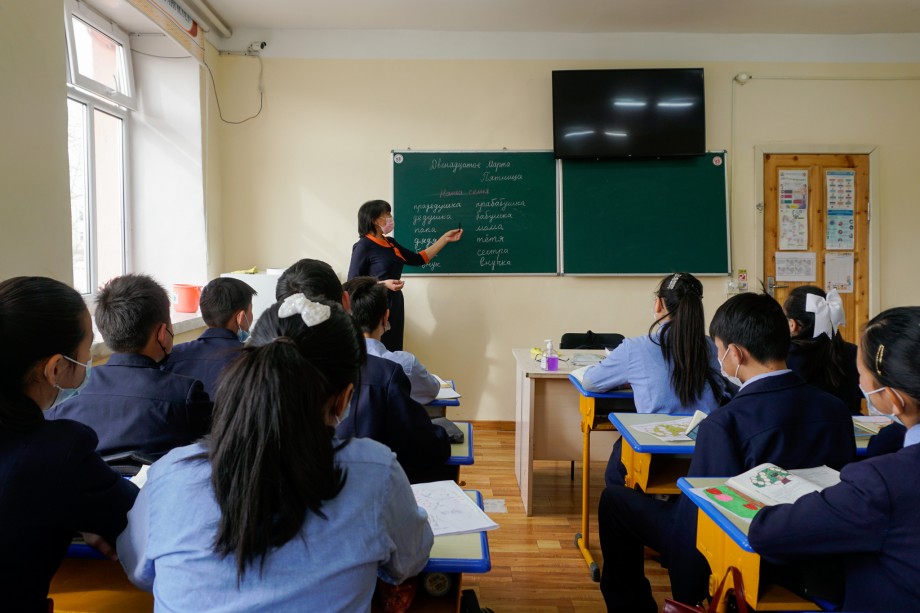 Mongolia, a big country with few inhabitants, has not been blessed by geography. Squeezed between two politically and geopolitically strong neighbors, Russia and China, it struggles relentlessly to maintain its culture and economy as independent as possible. A challenging endeavor.

Its peculiar geographical position with no outlet to the sea makes the country’s economic reliance on its two neighbors almost a one-way solution. The country’s economic development, primarily based on mining, herding, and agriculture, depends on solid infrastructures for connectivity with the outside world.

The country’s history confirms this tendency. The events of 1911, which liberated Mongolia from the Chinese yoke, were a watershed moment. Both China and Russia contested this proclamation of independence. The former claimed Mongolia as part of its territory (so-called Outer Mongolia), and the latter feared the loss of control. This is because the country was considered a buffer zone between the two giants, with the same political and economic claims.

The solution was provided by the Tripartite Agreement signed in 1915, whereby Mongolia acquired a colonial status under Chinese sovereignty and became a Russian protectorate. Things changed in 1921 after the Peoples Revolution liberated the country from the Chinese army and the White Russian army. This resulted in radical changes in Mongolia’s relations with Soviet Russia, which revoked all Tsarist-era treaties.

Nevertheless, the Soviet regime aimed to treat Mongolia as a buffer state, an idea elucidated by the agreement signed between the USSR and China that recognized Mongolia as a part of China. In 1924, the Mongolian People’s Republic was established, turning the country into a USSR satellite state. In the 1980s, the government managed to partly regain independence after implementing Gorbachev’s policies of Perestroika and Glasnost. Complete autonomy was later achieved after the dissolution of the Soviet Union. This, however, exposed (and still exposes) Mongolia to the direct influence of China, both economically and culturally.

The independent country known as Mongolia is also called “Outer Mongolia.” Another region inhabited by Mongolians followed another path, “Inner Mongolia,” an autonomous region within the Peoples Republic of China bordering Outer Mongolia. In the aftermath of the 1911 Mongol revolution that put the Qing dynasty to an end, the internal rebellions in Inner Mongolia were suppressed by the Chinese, who, in the meanwhile, established the Republic of China from 1912 to 1949.

The establishment of the People’s Republic of China and the subsequent cultural revolution, which began in 1966, were detrimental to the cultural preservation of the local Mongol population, which was subjected to several waves of purges. The government’s plan to attract Chinese Han people to this region has continued today. A telling example was the decision taken by the Chinese government in 2021 to remove Mongolian as the primary language of instruction in schools. The ground was prepared in 2020 through a new policy that aimed to gradually eradicate the use of this language as a primary means of education. This happened even though Mongolian is one of the two official languages in the Inner Mongolia Autonomous Regions.

Outer Mongolia is deeply concerned about Inner Mongolia’s problems. The country is currently struggling to establish cultural independence and counter significant flows of Chinese Han migrants, which point to a new form of economic and cultural colonization. Finding the right balance between economic development and cultural independence is difficult for the country. Despite nearly three decades of economic cooperation with China, which has transformed the latter into one of Mongolia’s most vital partners in the region and a significant source of foreign investment, Mongolians have a high level of distrust. Economic dependency on China worsened this threat perception, fueled by nostalgic feelings. Therefore, if, on the one hand, the Mongolian government acknowledges the importance of strong economic ties with China, on the other hand, there is still a fear that the latter could overwhelm Mongolia both culturally and demographically.

Although Mongolia’s economy is open to China, the identity-construction process plays a decisive role in shaping these relations. The Mongolian parliament carefully chooses past events and cultural elements to strengthen the national conscience. This is believed to help the country expand its sovereignty despite acknowledging the need for friendly relations with its neighbor. Culturally, Mongolia is characterized by a solid us-other relationship with China. The concept of “Mongolness” explains this binomial relationship with the ongoing interaction process between the nomadic Mongols and the sedentary Han (Chinese) people. Mongols encompass three core values that provide continuity with the past. These are the nomadic lifestyle, the Chinggis lineage, and the very idea of the homeland. The most relevant for the us-other relationship is the Chinggis lineage, namely the Mongols’ common origin from Chinggis Khan (1162–1227). Chinggis Khan’s government established the four pillars of liberal democracy for the Mongols: participatory government, the rule of law, meritocracy, and respect for women.

Genghis Khan’s importance lies in that he was the first person to unify all Mongolian peoples into a unified and sovereign independent nation. He provides, therefore, the Mongolian government with the fitting national symbol to be visually employed everywhere. There are several statues in Ulaanbaatar, the capital city; countless banners and a ceremonial ger (the traditional Mongolian round tent) in the parliament featuring him; and his image on Mongolian banknotes are examples. This aims to create a sharp juxtaposition between a democratic and free Mongolia and a communist-enslaved China.

The Mongolian authorities restored two historical figures to provide religious and political continuity with the past and highlight the significant differences with their neighbor. The first one is related to Buddhism, one of Mongolia’s most important cultural elements. Zanabazar (1635–1723), a direct descendant of Genghis Khan and a unifying force of several Mongol factions, directly links this religion. After the Dalai Lama and the Panchen Lama, he was the first Javzandamba Hutagt, the third-highest ranking incarnation of Tibetan Buddhism. The second one, politically relevant, was Sühbaatar (1893–1923), the founder of the revolutionary party and leader of the Mongolian revolution, considered the Mongolian Lenin. Notwithstanding the connection to the socialist regime, he is respected for his re-evaluation as the person who achieved the independence of the modern Mongolian state. This helps the current government employ him as a powerful cultural element while concurrently disregarding his socialist past.

The symbiotic relationship between Mongolians and their nature is another means used to reinforce Mongols. This relationship is based on the belief that a person changes according to diet and ecology, emphasizing the inextricable relationship between the individual and the Mongolian steppe. Accordingly, rampant urbanization is harmful to some of the Mongols’ inherent abilities as it destabilizes their connection with nature. For instance, high-rise buildings interrupt the horizon line, adversely affecting the traditional Mongolian well-developed eyes. This unique connection with nature is juxtaposed to Chinese people, considered just mere bodies out of place.

Adopting the traditional Mongol script is also a response to the rampant Sinification of Outer and Inner Mongolia. This script goes back to the time of Chinggis Khan and has existed for more than 800 years. Despite being declared by UNESCO as part of Mongolian intangible heritage, Mongolians do not use it in everyday life, preferring the Soviet-imported Cyrillic alphabet. China’s decision to discontinue the teaching of this language in Inner Mongolia last year sparked outrage in neighboring Mongolia. The movement Save the Mongolian Language, organized on Facebook, gathered thousands of people, particularly scholars, writers, and teachers, to lobby the Chinese government to revoke its decisions. The movement also sent letters to more than 20 embassies throughout the country and to representatives of the United Nations Development Programme (UNDP) and the European Union (EU) to achieve its results.

The xenophobic attitude toward Chinese but not Russians is unusual in Mongolia’s attempt to preserve its culture. This attitude can be traced back to the socialist period, with solid cultural imposition policies and the peculiar discourse on tradition and history embedded in Mongolian culture. Unlike some post-Soviet countries that have developed a xenophobic attitude towards the Russians, Mongolia focuses exclusively on the Chinese. Several imaginaries are employed, for instance, Chinese as people linked to diseases, dirtiness, and loudness, the latter represented by the Chinese language. This widens the gap between the two peoples, as Mongols attach negative connotations to loud people. The idea that Russia saved Mongolia from China and contributed to its independence is widespread, as are thoughts of “congenital suspicion” and “unbridgeable divide in the traditional ways of life.” This inherent suspicion leads most Mongolians to favor stronger economic ties with Russia than with China. This is because the latter tries to influence Mongolian politics and identity through its Sinification process.

Beijing perceives Mongolian nationalism and its impact on neighboring regions as a threat. An analogous situation can be observed in other Chinese autonomous areas like Xinjiang and Tibet. The problem for inner Mongolians is that being deprived of their language is more than a linguistic issue. In the Chinese secular society, schools have for inner Mongols the same value as mosques for Uighurs and temples for Tibetans. Losing traditional education in their language is equivalent to losing their culture, identity, and traditional Mongolian way of life.

In this light, Mongolians’ efforts to preserve traditional culture and overwhelming combat Sinification can positively impact neighboring Inner Mongolia. Furthermore, the repression of Uyghurs in Xinjiang and religious oppression in Tibet, and the 2021 decision to abolish the Mongolian language in Inner Mongolia are drawing the international community’s attention to China’s ethnic minority problem.

The hope is that Inner Mongolia will not undergo the same destructive process implemented in Xinjiang with its notorious internment camps, euphemistically called vocational education and training centers, by the Chinese authorities.