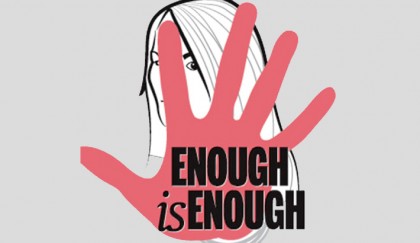 Again Indians witnessed an inhuman act done by some raucous youths on a Tribal woman in the Kumargram police circle of Alipurduar district. An incident, was reported from the Northern side of West Bengal where 11 of the same tribal community undressed the woman and then compelled her to parade the village on Wednesday, 9th June. The entire event was filmed. It came under the limelight on Sunday when the video went viral on social media. Police reported that six out of 11 assaulters are arrested till now.

The villagers allegedly reported that the woman left her husband six months ago following an extramarital affair. And she returned to her husband a day before the incident. On 9th June, a group of people forcibly entered her house, and then persecution began. First, they beat her, disrobed her, and then made her parade the village as a punishment. After that, the women disappeared, and no one informed the security agents till the video came out. The police tracked her and brought her to her parental home, Assam. After a session of counseling, the woman agreed to lodge an FIR against her assaulters in the presence of her husband.

Among the various IPC sections, the accused are being charged with Section 307, about murder attempt. The persons have been given 12 days of police custody. According to the officers, Salishi Sabha or Panchayat Meeting is not associated with this attack, but some inhuman assaulters to the same tribe as the women. Several right-wing people tweeted and accused the administration of being silent and inactive. "Some vested groups with malicious intentions are misrepresenting the incident. The legal step is being taken against them separately,” the police officer tweeted. Condemning the assault, local Trinamool leader Diresh Roy called for the harshest punishment for the assaulters.

There is nothing new in this. We have been watching for ages how women have been abused day after day. These are mentioned in various literary pieces, in scriptures, in different texts, etc. For instance, we all have read or heard what happened to Draupadi from The Mahabharata. And how Dushasana dragged her down and disrobed her in front of the synagogues at Duryadhana's command. It was Lord Krishna who became the savior. But in 'kalyuga' is there anyone who saves oppressed women from such torments? Even sometimes, police are being informed, when it is too late.

Not only that, thousands of Draupadis like this are being abused.  The renowned author from Bengal, Mahasweta Devi, described the brutal condition of women, especially tribal or 'Dalit' women in her literary piece 'Draupadi'. Where the female protagonist Draupadi or Dopdi, a tribal insurgent, gets captured during her outrageous tribal uprising against the government. We have noticed how 'Senanayak' or the government officer gives orders to "Make her. Do the needful". She is then brutally subjected to gang-rape through the endless silent suffering night. After this barbaric act of violating, Draupadi confronts her exploiters, naked and bleeding, thereby making the rapists ashamed to face unexpected situations.

The Palace of Illusion, a tale told from the perspectives of The Mahabharata's Draupadi, by Chitra Banerjee Divakurni, we have seen how Draupadi also stood against and condemned all the synagogues present there, after being disrobed by Dushasana. In both cases, we notice that, unlike other passive victims, these authors do not let their heroines suffer in silence. With the unconquerable spirit, these two brave women face their exploiters. In a word, the authors have given voices to the voiceless section of society and tried to make people notice, identify and analyze what goes unnoticed by the naked eye.

Not only physically, but women also face abusive comments, which affect their mental peace. Eve-teasing becomes a daily occurrence. Social media, which allows people to comment, to share their views, is often filled with filthy comments. Nowadays, whenever we open news channels or read newspapers, there must be news either on women-oppression, acid attack or eve-teasing, etc. The evil eyes do not spare even children. Such incidents are increasing day by day. There are many such cases especially, in the rural areas, which do not come under the limelight. Although social media is now available to most people, facts are getting easier to know.

Many females, especially those who belong to the countryside, are unaware of their rights. They come under the voiceless section of human society. Another thing is the lack of proper education, which restrains them to stand against such assaults. It is vital to make every woman aware of the IPC sections, like 375 and 376, and also the Nirbhaya act or anti-rape law act which defines the punishment for whosoever commits a rape-like crime. On the other to protect children from these evils - the POCSO or Protection of Children Against Sexual Offences Amendment bill was passed by Parliament in July 2019 to provide stricter punishments for child sex abuse.

There are various government initiatives and different voluntary organizations that are now doing yeoman's service to the nation and trying to curb the menace of women's harassment. Also, it is crucial to keep an eye on whether these laws are misused or not. We need to focus more on schemes that encourage women's education, such as "Beti Bachao, Beti Padhao". A nation ensures its growth and prosperity when both sexes are treated equally. If a woman does offense, it doesn't mean that the woman should be harassed sexually. In that case, people must inform the police and not take justice into their hands.

People are getting a barbaric every passing day. 😔 I loved you article, the way you used literature and Mahabharata to describe the scenario.❤️