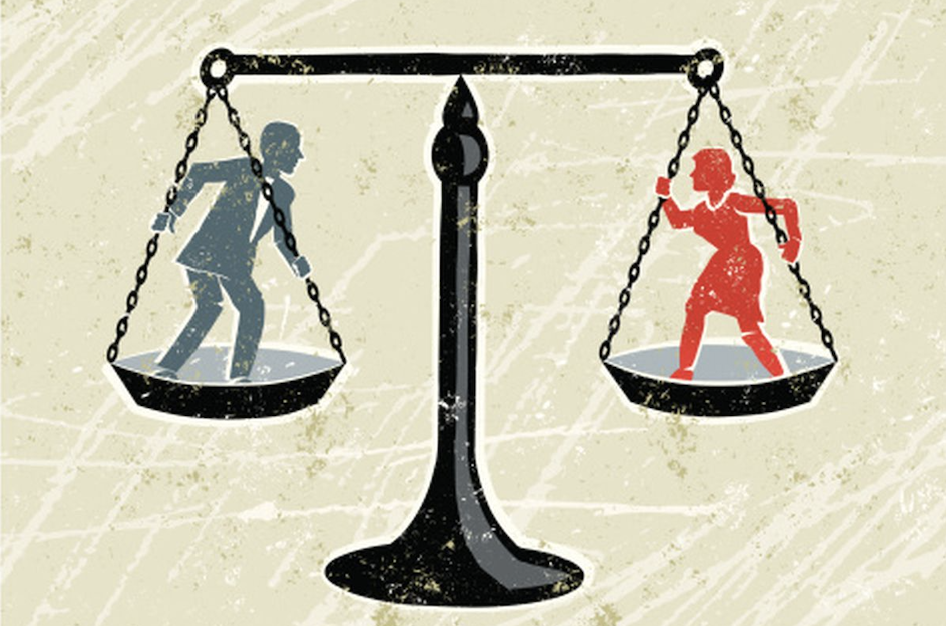 The term "misogyny", derived from the Ancient Greek word "mīsoguníā" first emerged in the 17th century in response to an anti-woman pamphlet by Joseph Swetnam. Standard dictionaries such as Merriam-Webster define misogyny as "hatred of women", which often is considered too simplistic. In 2008, the Oxford English Dictionary expanded its definition by 2002 to include "prejudice against women."

Nevertheless, the understanding and prevalence of this concept remain unrevealed, and this ignorance further exacerbates how society is structured in a misogynistic way. Structural misogyny should be considered one of the most pressing issues faced by the young generation in the 21st century, which results in a sexist cultural context, daily inequality, and irreversible violence against women.

The ideology of misogyny intertwines with the tradition and origin of our culture, which in return creates more culture with misogyny in a consistent trend. To be specific, misogyny is rooted in religions and literature and has negatively affected pop culture.

The dehumanization and belittlement of women in many religions have conceptualized a concrete ideology of misogyny. The Hebrew Bible, also known as the Old Testament of Christianity, was written that "And the rib that the Lord God had taken from the man he made into a woman", suggesting women be the appendage of men.

In Islam, the holy book Quran's fourth chapter is called An-Nisa. Its 34th verse reads, "Men are in charge of women by [right of] what Allah has given one over the other and what they spend [for maintenance] from their wealth. So righteous women are devoutly obedient", showing men's definite dominance over women.

In Ancient Greek Mythology, the first woman Pandora appeared to be Zeus' punishment towards Prometheus for stealing the fire. She could not resist opening the jar, which brought all evil into the world. This trend continues to show misogyny in classic literature. Even now, the 20th and 21st centuries have worshiped and applauded the works of openly chauvinistic male authors, including T. S Eliot, Jonathan Franzen, and Norman Mailer.

Today, pop culture, such as rap music, has been criticized for using misogynistic lyrics and victimizing women to assert male rappers' masculinity. Content analyses have found that approximately 22% to 37% of rap lyrics contain some misogyny, which is prevalent and problematic since it could lead the young generation, the most dominant hip-hop consumers, to internalize these messages. Many also believe that the lyrics against African American Women will further exacerbate the stereotypical characterization and defamations, which may make this group even more vulnerable.

Misogyny has also manifested itself in daily inequality mainly in three ways:

First, Gender inequality in politics is deeply embedded in many countries. According to United Nations statistics, only 20.7 percent of government ministers were women. In June 2019, just 11 women were serving as head of state and 12 as head of government. The considerable gender gap in politics results in the absence of a strong female leader figure, which may prohibit and restrict the young female generation from devoting themselves to this crucial field.

Second, there are many places within the educational system where there is the potential for sexism. In developed countries, women are still underrepresented in science, technology, engineering, and mathematics. According to OECD, 71% of men who graduate with a science degree work as professionals in physics, mathematics, and engineering, whereas only 43% of women work as professionals.

Making prejudicial assumptions about women's ability to study science has appeared to be a misogynistic tradition. Once those stereotypes have been held, women are implicitly deprived of the right to gain the same education opportunities as males.

Third, occupational sexism results in employment gaps and wage discrimination. Women tend to work in low-quality jobs in vulnerable conditions since it's much more challenging for women to get employed. According to the International Labour Organization, the current global labor force participation rate for women is close to 49%. For men, it's 75%.

Howard J. Wall states that women make a median hourly income equal to 83.8 percent of what men earn. Sexist hiring practices and wage discriminations violate human rights, and they may even negatively impact the economy, blocking the global GDP from boosting.

Misogyny has caused violence against women, leaving irreversible trauma in reality and on the Internet. Physical violence against women includes rape culture, sexual harassment, and domestic violence, which can cause extreme physical and mental illness. Even after the violence, social actions such as victim-blaming can also exacerbate the trauma, which causes a significantly increasing suicide rate.

On the Internet, actual harm can also be reached through virtual ways. Sexist jokes and memes are prevalent on the Internet, suggesting the objectification of females. Body shaming on social media can also result negatively, especially for teenagers who generally are incapable of discerning information and hold a vague value of self-identity.

According to NEDA, 94 percent of all teenage girls and 64 percent of adolescent boys have been shamed for how their bodies look. It increases the risk of suicide, is linked to an increased risk of obesity, and may result in severe mental illness, including anxiety and depression.

Philosopher Kate Manne of Cornell University has defined misogyny as the attempt to control and punish women who challenge male dominance, which means as long as misogyny exists, the challenge towards it will never end until one day, women will have equal opportunity, equal access to education and employment, and will never yield to any form of violence.