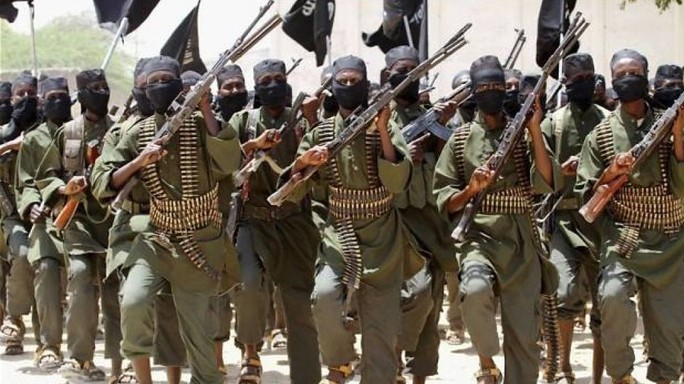 Terrorists are defined as organized groups of people who commit acts of a violent nature to achieve political, economic, ethnic, or religious goals. It is essential to differentiate between domestic and international terrorism within this definition. The first includes actions carried out by non-state actors against government positions. At the same time, the second refers to violent acts aimed at targeting another nation or a group of people belonging to a different state. In any case, a terrorist act, to be defined as such, is carried out to create psychological repercussions on the target.

The latest estimates indicate that there are about 20,000 victims of terrorism every year. Despite this data, there has been a progressive decline in the number of attacks carried out in recent years. With a peak of 44,000 people killed in 2014 due to the significant expansion exerted by ISIS, the last few years have witnessed an improvement. In this case, it is crucial to underline that most terrorist attacks are concentrated in the Middle East, Africa, and Asia. If we take the two years 2017-2018, it is indicative to note that 70% of the victims come from nations with an Islamic majority. But even more interesting is that 70% of the victims of terrorism come from 15 countries. Within these 15 countries, we find none belonging to the EU, while the most affected are Iraq and Afghanistan.

It is vital to read the 2017 "Development Program" report produced by the United Nations. The statistic shows us that 70% of the people who join non-state actors characterized by violent nature (such as terrorist groups) trace the motivation of their enrolment to the violations of human rights by their state. Therefore, we understand how most terrorist groups may belong to geographical areas where human rights are not fully protected. Despite this, the actions promoted by these armed groups constitute a further aggravation of the desperate conditions of civilians.

Arbitrary deprivation of life, the destruction of civilian buildings, restrictions on freedom of movement, expression, and torture are frequent violations.

As a further destabilizing factor, it is widely recognized that some Middle East governments sign agreements, especially arms trafficking and economic support with terrorist groups operating in the region. On the other hand, in volatile regional areas, the aggressiveness and popularity of non-state actors are a source of concern for the risk of replacing the state's activities with all the anti-democratic consequences that may arise.

After 11 September 2001, the actions of terrorists and violent extremism represent one of the obstacles to protecting human rights. Before, the role of counter-terrorism focused on identifying terrorists and isolating them economically and socially; now, the need has shifted to limiting radicalization. Nevertheless, terrorist acts continue to threaten economic and social progress and destabilize society. Thanks to rapid technological and organizational development, terrorist groups have a wide range of possibilities to create chaos and destruction: suicide attacks, kidnapping of people, hijacking planes and vessels, assassinations, bombs, and armed attacks.

One of the factors that allowed terrorists to develop quickly and take practical actions is undoubtedly this. In addition to increasing investments in weapons, terrorists use social media for various purposes. To radicalize people, divert public opinion through fake news, or organize among themselves. Globalization allows for rapid communication between people in different geographical areas, and terrorist groups use this efficiency for their purposes.

Another problem is undoubtedly the reluctance of these not to accept negotiation groups; the chaos caused by their actions is the first weapon at their disposal. An attempt for reconciliation by the international community could mean a surrender against those who spread hatred and destruction in various regions. Especially when their goals are met, any compromise is not even considered. So, one of the few solutions to counter their destructive wave is to fight. As was the case with the decline of ISIS, the most significant results were obtained with strenuous resistance from the local population and the opposing factions.

If the trend of terrorist attacks is decreasing, this framework can easily be countered. The last two years of the pandemic have left devastating economic and social aftermath, especially in countries with fewer resources. Where governments' commitment is not constant, the space for intervention for terrorist groups is vast. By exploiting people's malaise, they propose themselves as a solution to the political uncertainties.

Consequently, in volatile geographical areas, the role of prevention is crucial; here are some ideas to defeat terrorism:

- Propose long-term projects: To obtain a prolonged period of peace, the communities concerned must be united by a reason for collaborative coexistence that overshadows the internal tensions. This aim can be pursued by offering economic and social growth opportunities. Let us not forget that these contexts are the poorest and that it is often scarcity that triggers waves of protests and violence. Restoring dignity to excluded or persecuted communities should avoid future tensions;

- Address and think regionally: the impossibility of addressing all the terrorist groups in the same way does not exclude the possibility of taking inspiration from previous episodes of tension or conflict to propose strategies suitable for the regional context concerned. In recent years, we observed clashes similar in terms of instances and methods within the same continent or restricted area.

- Build strong societies: preventive action undoubtedly remains the prerogative to avoid protracted conflicts. Proposing a collaborative approach to address contemporary conflicts and offering training on peacebuilding and economic and political progress are activities to be shared with the local population. Furthermore, to create strong societies should strengthen the national justice system to punish the undemocratic actions that pervade the country, whether by state or non-state actors.

As a final reflection, it is helpful to remember the historical events that have characterized our centuries. Very often, the actions of the terrorists were triggered by Western invasions. For this reason, it is crucial to avoid carrying out oppression and exploitation of people. We emphasize that most of the victims of terrorism are civilians belonging to the same nation as the armed groups; therefore, any oppressive action would damage more exclusively innocent people.