The Case for Body Neutrality 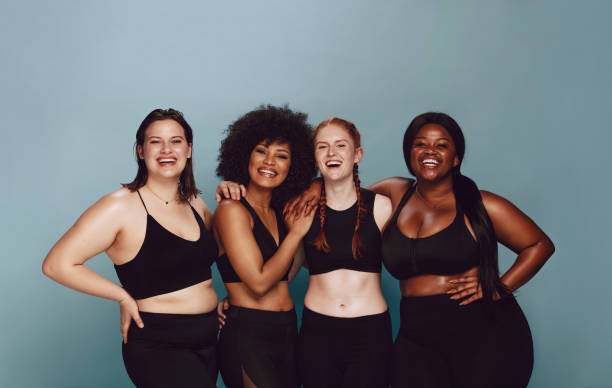 In the past couple years, the body positivity movement has found its way into the mainstream after slowly gaining relevance since the early 2010s. The origins of the body positivity movement lie with the National Association to Advance Fat Acceptance, an organization established in 1961 with the goal of ending discrimination towards fat people.  NAAFA advocated for a shift in the way our society largely views fat people, which is lazy, ugly and inherently unhealthy. The body positive movement in its current form did not begin to emerge until about 2012, when there was a new focus on challenging unrealistic beauty standards for women. A major goal of the movement is still to combat fatphobia, which is of course an important pursuit. Fatphobia is incredibly pervasive in our society. As such fat people face persistent undeserved derision, pity and even contempt.

A hallmark of the body positivity movement is the catchphrase “all bodies are beautiful.” The sentiment is designed to include the groups of people whose physical attributes are demonized by Western beauty standards: fat people, disabled people, people of color. The body positivity movement wants you to take your body as it is and learn to adore it.

While the body positivity movement has nothing but good intentions, it is structurally unsound. First and foremost, it is attempting to treat a society sick with beauty obsession with more beauty obsession. At the end of the day, it reinforces the idea that we must consider ourselves beautiful as a prerequisite to considering ourselves worthy. What’s more, it further entertains the cultural emphasis placed on how you look, feeding into the cycle of hyper-focusing on looks.

While I understand the heart behind wanting everyone to find themselves beautiful, it makes me beg the question, why do I have to be beautiful at all? Can I not exist, in all my worthiness, entirely separate from the idea of beauty?

In a world where the majority of models are underweight, no magazine cover goes un-photoshopped and cosmetic surgery is the norm in Hollywood, it is much easier than not to be riddled with physical insecurities. For those who find themselves in the pit of self-hatred, the trek to the top of the self-love mountain is an arduous one. The height of the climb might discourage someone from even attempting it. Self-neutrality is not just more achievable, but sustainable.

Comedian Chris Fleming has a bit about what he calls the “self-esteem tower of terror.” In his special “Showpig”, he describes an experience he had at a Korean spa where he went from feeling as confident as a “businessman on a plane talking about his diet” while walking around in the nude to as ashamed as a “chihuahua at a parade” when an employee yelled at him to put some clothes on. While Fleming’s story is hilarious, it actually demonstrates how easy it is to fall back into despair when we choose to view ourselves in epic proportions. If you create an idealized version of yourself in your mind that is gorgeous and magical, you will most likely ride the self-esteem tower of terror back down to the bottom when you inevitably fail to live up to this idealized version of yourself.

Body neutrality, on the other hand, offers a stable middle ground. After all, at the bottom of the tower of terror lies just as a distorted a view of self as at the top of it. But body neutrality encourages indifference to beauty. If you care less about beauty, the possession or dispossession of it takes up less space in one’s psyche, leaving more room for healthier focuses.

The body positivity movement also has numerous shortcomings. For example, because it demands viewing yourself as beautiful 100% of the time, it unwittingly encourages toxic positivity. Toxic positivity is the idea that negative emotions will be punished. It includes feeling guilty for being upset and dismissing painful emotions. In the context of the body positivity movement, it can present as feeling guilty or frustrated with yourself for still being ashamed of your body. Toxic positivity does not allow grace on your bad days when you cannot muster the strength to love yourself. It only leads your brain to beat itself up for not seeing a radiant goddess every time you look in the mirror.

In order to see how toxic positivity can take root and other failings of the body positivity movement in action, one must look no further than its online presence. For a movement that is supposed to be about positivity, it has ironically manifested quite negatively in practice. A commonly held view among members of the body positivity movement is that weight loss is unacceptable because it must be rooted in fatphobia. By this standard, if you lose weight, or even just focus on eating healthy or exercising, then you are a hypocrite.

In 2020, superstar and body-positive advocate Lizzo shared on TikTok that she was partaking in a ten-day smoothie detox. The purpose of the cleanse was to “reset her stomach” because she has gastrointestinal issues. After the detox, Lizzo reported that the results made her feel great. Lizzo received an influx of hate comments that she was betraying everything she stood for, and so on. The singer made another TikTok in response to these comments, explaining that the smoothie detox was not for weight loss purposes. She stated, “as a big girl, people just expect that if you are doing something for health, you’re doing it for weight loss.” This sensationalizing of the choices plus-sized people make represents the toxicity of a movement towards a group of people that it was originally intended to benefit.

Coming back to body neutrality, by virtue of the nature of indifference, there is significantly less pressure placed on individuals. Another reason why body neutrality will ultimately serve us better.

To be clear, body neutrality does not advocate for the complete disregard of our physical beings. Regardless of if you choose to subscribe to either body positivity or neutrality, health and cleanliness are things that should be valued because they positively affect our mental states. Additionally, indifference to beauty still leaves room to value style. While style and beauty may be associated, they are two different things. I would be lying if I said dressing up isn’t fun, so why throw that away? Style is a vehicle for self-expression, is malleable, and unlike our bodies, can be discarded at the end of the day. Beauty, on the other hand, is inherently tied to our bodies themselves.

What body neutrality does advocate for is a cultural shift in how much attention we as a society dedicate to beauty. Most people would agree that how you look is the least important thing about you. So why does our societal behavior not live up to this ideal? Why do we not place as much attention on an individual’s intellect or compassion as we do on how they look?

Inclusivity: The Most Famous Doll in the World is No Exception

Alarming consequences of Body-Shaming in youth