The Darkside Of Family Channels 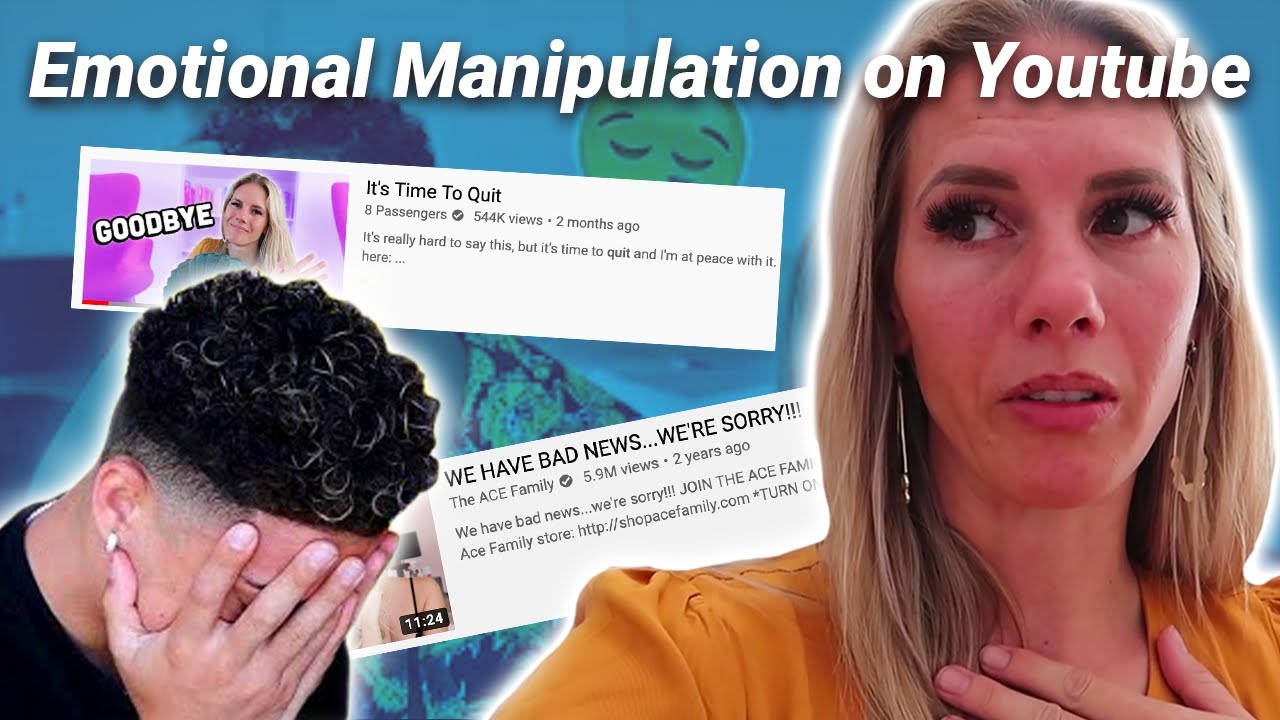 In recent years, family channels have taken over many major platforms such as YouTube, Instagram, and TikTok, showcasing day-to-day lives, family struggles, achievements, and much more. While it may be sweet and comforting to see other families on the internet discussing their struggles and accomplishments in raising their children, there is a dark side to this type of content that is making people reconsider if family channels should be allowed.

Some of the most familiar names when it comes to these types of channels are 8 Passengers and The Ace Family. Both have been known to have their fair share of controversy surrounding the type of content they upload.

8 Passengers is known to be a very toxic family channel where children are given no privacy and reduced to forced thumbnails and clickbait titles for the sake of views. The channel was run by Ruby and Chad, showcasing the lives of their six children. There were rumours in 2020 that the family was being investigated by child services after some concerning statements were made in videos, such as forcing their son to sleep on the floor for months after he pranked his brother and forcing their daughter to go hungry for the entire day after forgetting her lunch. Viewers pointed out that the kids always looked sad, and their most vulnerable moments were forced onto the internet. Since then, they have now seemingly left the world of YouTube; however, is the damage already done? Their daughter spoke out, explaining that she is no longer in contact with her immediate family but does share their values.

This shows the damage that family channels can do to a family, with innocent children being exposed on the internet against their will as their embarrassing moments are leaked and shared on the internet without their valid and informed consent. Children at this age can be brutal, and the amount of bullying these children are made vulnerable to when their moments of privacy are blasted all over social media for views is truly heartbreaking.

Sadly, this is more common than we would hope. Austin McBroom from The Ace Family came under fire and a lot of criticism after he bought a little girl, supposedly his niece, a lollipop shaped like a man's genital from a sex shop and proceeded to record her while she licked it. The fact that he took a little child into a sex shop in the first place should be enough for this family to never be allowed on the internet again, but recording and laughing at her while he did it shows his lack of remorse and how low people will go to gain fame and views, especially given the number of sexual predators who can view the video and save it; thus, even if it is deleted from its source, it will remain in the possession of whoever chose to save it. The family channels also get critiqued for sharing their children's vulnerable moments and using their children's injuries as a form of clickbait to get views.

Jordan Cheyenne is another YouTube content creator who came under fire for her disgusting behaviour toward her child's wellbeing, with a now-deleted video that still circulates the internet showing her forcing her child to "act like he was crying" even though the child was visibly upset for the sake of a thumbnail while completely ignoring his emotional needs. The Youtuber has since apologised, taken a 6-month break, and has recently returned to YouTube with the mission to become a better parent and to take action by deleting videos of her son that were on her channel.

These instances make us truly question what happens behind the scenes of these supposedly happy and cheerful families. Is the warmth they portray on camera true, or is it a charade for views that hides the true toxicity behind family channels?

Pewdiepie, Dethroned As Mr. Beast, Becomes The Most Followed Individual Creator On YouTube

YouTube Is Silently Testing This Feature That Can Make You Angry