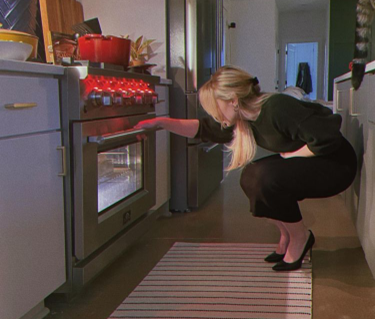 What is unpaid labour?

Unpaid women’s labour, also known as unpaid care work, is the time dedicated to everyday activities, specifically domestic tasks, such as cooking, cleaning, laundry, washing up, home making, family responsibilities, shopping, caring for children, the elderly, the sick or the disabled. Debra Satz believes that reproduction is also a form of unpaid labour, a lot that falls on women or people with female reproductive organs. She describes this as unpaid reproductive labour.

Unpaid labour is labour, work, time and energy that does not receive remuneration.

As a result of social norms and expectations the burden of unpaid labour largely falls on the women of the household. This means that women not only contribute to the family income with their careers but also are the main providers of unpaid labour, creating this impossible juggling act.

The uneven distribution of unpaid labour is demonstrated on a global scale, it affects women all over the world. It is not limited to socio economic status, although it is noted that the negative consequences of unpaid labour are exacerbated in impoverished situations. When food and water are scare more time is allocated to providing these resources and fulfilling household duties. This time dedicated to these household chores detracts from paid occupations, perpetuating to cycle of poverty.

Why does this burden fall to women?

Household work and chores are assigned to women as a prerequisite because of patriarchal control. The historical oppression of women saw them as primarily dependent on men, unable to work themselves. This meant that their principal access to economic support was through marriage (to concur with Amy March’s sentiment that marriage was an economic proposition). Their role within this marriage being the mother, the caretaker and homemaker.

This ideology is also rooted in the way Christian women were taught to act, reinforcing the idea that a woman’s central role in society is to be a good wife and a good mother. Girls were raised to fill this position, and this mentality spread through colonialisation and imperialisation.

What are the consequences and negative repercussions of unpaid labour? Why is this a feminist issue?

The amount of time that is dedicating to unpaid labour should not be underestimated. It is estimated that women dedicate 2/3 of their time to unpaid labour. Another statistic says that 31% of women’s time is allocated to unpaid labour, whilst men only a spend 10% of their time participating in household chores and responsibilities. It is of vital importance that we as a society understand the gravity of this issue as to correct the negative influences the patriarchy inflicts on our society to date.

The responsibility allotted to women has great magnitude, and what is worst it is an issue commonly overlooked. When a woman struggles to maintain her house, keep up with housework or manage her children this is seen as a failure on her part, the role of the husband not included in this perceived shortcoming. Phrases such as ‘bad mom’ and ‘good housewife’ or ‘wife material’ perpetuate this idea.

The progression of time has increased women’s involvement in the professional sphere, with more and more opportunities becoming available to them in the paid work force. In conjunction with this there has not been a reduction in their unpaid labour responsibilities, creating what is known as the ‘double burden’ or the ‘double day’.

The ‘double burden’ is the idea that women simultaneously hold a paying job in the professional sphere and have to work a full day’s worth of unpaid labour in the home; hence the term ‘double day’, doing two days’ worth of work or two fulltime jobs in a 24-hour period.

This is overwhelming and effects women’s stress levels and quality of life. It also puts them at a disadvantage in their careers as their focus is split. The difficulty of finding a work-life balance impedes women’s ability to develop their own capacities, as a decision has to be made on where to allocate time and financial resources.

Although this disparity between the unpaid labour responsibility placed on men and women is shrinking it is not enough. The value of unpaid domestic labour should always be considered.

It is also necessary to be gentle with yourself and remember that the 40-hour work week is outdated, and was designed with the assumption that someone else was going to be always taking care of cooking, cleaning and house errands. It wasn’t designed for one person to do it all. You’re not a failure.