Why is Islamic personal law incompatible with current secularism? 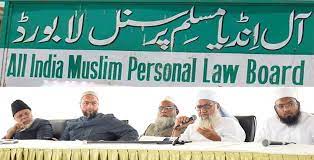 Earlier this week, Abu Dhabi made a civil law concerning marriage, divorce, and child custody for their non-Muslim population aiming for a flexible and advanced judiciary. Global and domestic inhabitants alike applaud the action, which will boost business in the area. Contrary to popular assumptions, tourism and foreign investments are the UAE's primary sources of revenue, which will increase its GDP. In India, we have the All-India Muslim Personal Law Board for dealing with civil issues of Muslims. So, what precisely is this legal system, and does it pose a threat to secular values?

Except in Goa, Silvassa, Daman, and Diu, the Muslim personal law or Shariat act 1937 governs marriage, succession, inheritance, and charitable giving among Indian Muslims. The board is an amalgamation of the four prominent schools of Islamic thought, Hanafi being the guiding force. When it refused to accept the Supreme Court's ruling that Triple Talaq was illegal, it acquired recognition for all the wrong reasons. It is said to be established on the Shariat, which is an ambiguous concept, to begin with for legislative purposes. The Shariat is not a written document but a cloud that encompasses the Quran's provisions, the Prophet's teachings, and Hadith (practices of Mohammed as recorded by his companions). So, the codification of Shariat was done in different ways by schools and is not a staple. In India, it is comparatively recent as not the Muslim rulers but the British bought the concept of separate jurisdiction per their "Divide and rule" trick. It's worth noting that the Muslim Personal Law isn't the only one of its kind; the Hindu Succession Act of 1956 and the Parsi Marriage and Divorce Act are two examples. The Muslim Personal Law becomes the lynchpin because it covers the vast majority of civil law land.

Half property for half Humans

According to the Muslim Personal Law, women can inherit only half the property as their brothers. So, if two Muslim siblings are brothers, the property will be divided in half, but if they are sisters, only a third of the inheritance will be given to the daughter, with the rest going to the son. It makes no distinction between movable and immovable property, nor between ancestral and acquired property. For a Muslim-childless widow, she gets only a fourth of her husband's property. In case of no consummation of marriage, the widow holds no rights whatsoever to the husband's money. One could question- Is it possible to change a "will" after it has been written. The key here is that no more than a third of the testator's total assets can be distributed in this manner. The Dissolution of Muslim Marriages Act 1939, which defines the circumstances in which a woman may seek a divorce known as Khula, replaced an earlier section 5 of Sharia law that dealt with divorce. There are no broad grounds, such as "irreconcilable disputes," in these conditions. There's also the heinous Halala Nikah tradition, in which women are being reduced to sex items. If a man divorces a woman and then wishes to remarry, the woman must first marry another man before consummating the marriage. The artificial husband would then divorce her, allowing her to marry her old husband again. Such rituals are incompatible with current principles of equality and justice and, they are no less dangerous than the Hindu practice of Sati, or child marriage, which has been prohibited for many years.

It is a matter of National principles, not religious freedom.

Authoritarian Islamic administrations have faced uprisings in countries- such as Iraq, Lebanon, Algeria, and Sudan for obstructing freedom and justice. Religion, as Karl Marx put it, is the opium of the masses. The cornerstone of legislation is citizenship rather than religion. Furthermore, as the world's largest democracy, India should preserve its political engagement. In Islamic jurisprudence, select academics known as Ulemas have the authority to deduce laws from sacred books without the consent of the populace. Even foresightful medieval monarchs such as Allaudin Khilji and Akbar enacted their separate legislation. Supporters of integrating Sharia law into the existing legal system have been observed repeating the cliche, "Islam is the solution." In truth, like every other religious holy book, the Quran teaches the moral lessons of God's oneness, karma, and doing good. It says nothing about how to ensure justice and equality or about the country's growth. We must recognize the supremacy of law over religion, as well as the superiority of reason over superstitions. Islam is a religion, not a means for determining political or legal identity.

Secularism is the state of being neutral towards religion, whether it's positive or negative. So, a secular government keeps its three pillars (legislation, execution, and judiciary) separate from religion. The word secular was not included in the preamble when it was adopted post-independence and deliberately so. Indian courts could not have recognized any personal laws if they called themselves secular. They must have felt that it was better not to use the term than to use it dishonesty. The word "secular" was added to the preamble of the constitution with the 42nd amendment. However, with personal laws in place, India cannot be considered truly secular. Temples can be governed by the government thanks to the Hindu Religious and Charitable Endowment Act, although this does not apply to Mosques or Gurudwaras. The state funding of pilgrimage is a question of secularism with dire need of finances in other sectors. Also, this applies only to international destinations such as Mecca and Medina, not to local destinations such as Amarnath or Amritsar. India has always believed in Vasudev Kutumba's doctrine and has been secular, although distinct laws contradict it.

Is Uniform Civil Code a solution?

Goa is the only Indian state to have a uniform civil code and raises the question of its applicability to the whole country. Personal law, be it the Muslim Personal law or any other such law, cover family dealings. An individual's life is an inseparable aspect of his being and, it has an immeasurable impact on his work output. Although all religions preach morality, different people might present it for their reasons. Different rules cause friction and lead to unstable conversions based on material interests rather than ideas. It will be a substantial step in changing the social dynamic by preaching common values to citizens. The UCC (if enacted) will provide security to every citizen and erase barriers between religions. It aims to simplify marriage, divorce, custody, and inheritance, which will be beneficial in the long run. It will take time to design and implement, but it will make our government's operations more transparent. The Muslim Personal Law, in particular, promotes communalism by discriminating against people based on their faith and gender. The Supreme Court had directed the Parliament to make such laws after the famous Shah Bano Case too. A UCC will also reduce the delay in judgments, as they lie pending in courts and gradually defeat communal and divisionist forces.

Critics allege that UCC is an RSS conspiracy. This critique is baseless. It is like claiming the Sharia law is a Talibani puppet. These hollow arguments cannot bear the scrutiny of a rational and secular mind. When we can have uniform criminal laws, why hesitate for common civil laws? UCC is the way to go for ensuring equality and justice in a secular way.