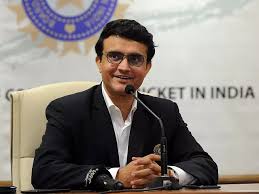 The President of the Board of Control for Cricket in India (BCCI), Sourav Ganguly, has extended his congratulations to the Indian women's cricket team for winning a silver medal at the current Commonwealth Games.

The President of the Board of Control for Cricket in India (BCCI), Sourav Ganguly, has extended his congratulations to the Indian women's cricket team on their achievement of earning a silver medal at the currently ongoing Commonwealth Games. Having said that, he went on to say that the squad would be upset if they did not win the gold because it was "their game." As a result of India's failure to chase down 162, they were defeated by Australia in the match for the gold medal, which took place in Edgbaston in Birmingham.

"Congratulations are to the Indian women's team on their achievement of earning silver.

But they would be unhappy when they get home because tonight was their [email protected], "tweets sent by Ganguly

Mooney's knock of 61 runs helped Australia get to a score of 161/8 after Australia's captain, Meg Lanning, decided to bat first. Both Renuka Singh and Sneh Rana brought back two wickets for India in their respective returns.

With Harmanpreet Kaur and Jemimah Rodrigues performing so well, India was in a position to take the lead in their pursuit of 162. The team's score went from 118/2 to 152 all out, and as a result, Australia was able to pull off the victory.

The India team was led by Harmanpreet, who had the highest score with 65 runs.

After claiming victory over England earlier on Sunday, New Zealand was awarded the bronze medal in the women's cricket competition.

After earning the silver medal, Harmanpreet gave an interview to NDTV and said the following: "Yes, without a doubt, this is a significant time for all of us. This was our first time competing, and the way that we played in the event made it exciting for spectators to watch. We were on the verge of winning the gold medal, but once again we made the same mistakes that we have been making in major competitions. You should know that we have to continue putting a lot of effort into batting in the bottom order. I do not doubt that we will perform admirably in the next competitions. I believe that this silver medal is really important, as it will most certainly inspire younger girls in their home countries "Harmanpreet stated.

Tahlia McGrath of Australia had a positive COVID-19 test result shortly before the gold medal match at the CWG, but she was still allowed to compete in the competition.

"They did tell us before the throw that it was something we could not control, but we could not do anything about it. We had a good sportsmanship attitude, as she wasn't all that sick, and we did what we had to even though the outcome was out of our hands "remarked the captain of India.