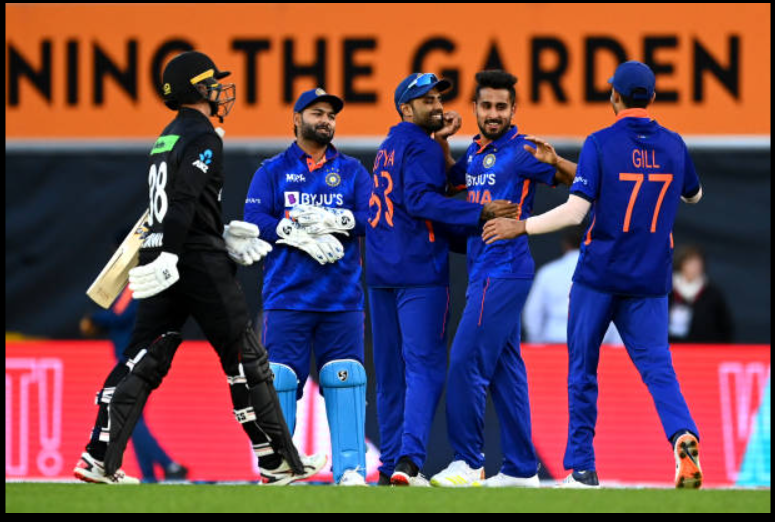 India is the host country for the 2023 Cricket World Cup. Conducted by the ICC(International Cricket Council) every four years, the Indian subcontinent will host the World Cup after 12 years. The last time India hosted a World Cup was in 2011, and India lifted their second-ever trophy in that tournament edition. Apart from India, Afghanistan, Australia, Bangladesh, England, Pakistan and New Zealand are already qualified. Two berths are yet to be filled as the Qualification rounds are scheduled to be commenced on 18 June in Zimbabwe. The top two teams from the competing ten in the qualifiers would go to the World Cup in India. Now that the World Cup is back to the subcontinent after being hosted Down Under and in England, the star-studded Indian cricket team is World Cup ready.

India thrashed their recent opponents, Sri Lanka and New Zealand, for a 3-0 victory each by sending a strong message that the Men in Blue is a team to beat on home soil. Indian Cricket team whitewashed the New Zealand Cricket team to claim the series by 3-0. In the third and final ODI India posted a humongous total of 385 thanks to the stellar century performances by both the openers Rohit Sharma and Shubhman Gill. New Zealand's response ended at 295, handing India a 90-run victory over the Kiwi squad

Before this series, India also thrashed the Sri Lankan Cricket team. They were left without answers to a well-balanced Indian squad. India finally found the long lasted headache of a constant 4th position batter in the form of Suryakumar Yadav. The 360-degree batter cemented his 4th position for team India in the t20 internationals as well as One Day Internationals. India also found a perfect opening pair for captain Rohit Sharma in the form of Shubhman Gill. He displayed remarkable endurance and patience against Sri Lanka and New Zealand and will be a tough nut to crack in this year's World Cup. Starman Virat Kohli's return to form was another plus point for India. His century against Sri Lanka was more than capable of shutting down his critics. The Wicketkeeper position might have competition. The return of Rishab Pant to a cricket field is still unknown as the Delhi Capitals captain recently met with an unfortunate car accident. KL Rahul, Ishan Kishan and Sanju Samson are other candidates. Hardik Pandya would be a sure pick as team India expects he would be able to perform the role of a finisher and a wicket-taking medium-pace bowler. In the bowling front, Jasprit Bumrah's place is cemented. Muhammad Shami, Umran Malik, Arshdeep Singh and spinner Yuzvendra Chahal might be his bowling counterparts.

The World Cup is still a long way off as it was postponed to October, allowing them to finish the Qualifier rounds by July. India might face a tough challenge from five-time winners Australia, reigning champions England and arch-rivals Pakistan.