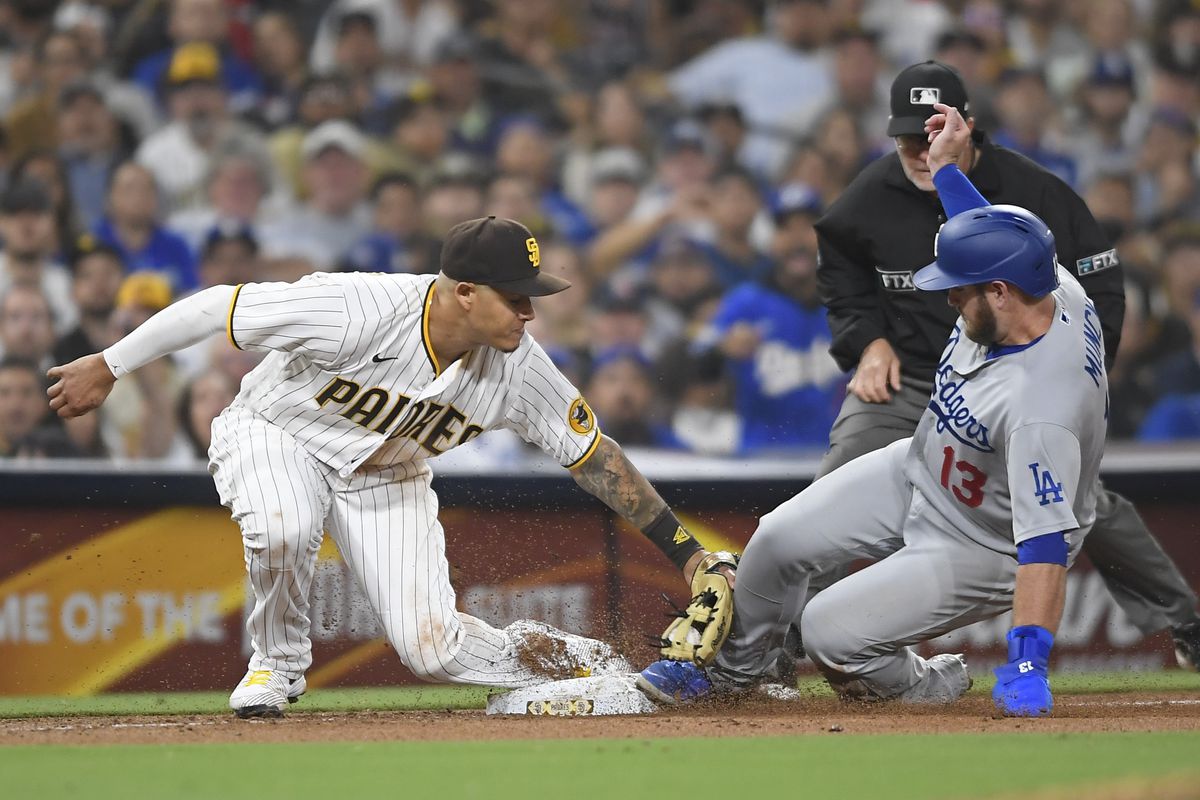 On August 5, the Dodgers led the National League West by 12.5 games over the Padres, but their weekend series against them was supposed to be different. The Padres made significant changes at the trade deadline, adding three all-stars - Juan Soto, Josh Bell, and Josh Hader.

The Dodgers were about to face a different beast in a battle for the division’s future.

The Dodgers kicked off the series with a celebration. Vin Scully, Dodgers broadcaster for 66 years, died August 2, 2022, while the team was playing in San Francisco.  In Chavez Ravine, before the most crucial series of the year, a new banner was revealed below the broadcast booth, reading, "Vin- We'll miss you!”

Moreover, as the most critical series of both teams' season began, Dodgers fans in Chavez Ravine shared Scully's favorite words, "It's time for Dodger baseball."

In game one of the series, the Dodgers started hot loading the bases in the first inning. With the bases loaded, Will Smith hit a slow chopper to third baseman Brandon Drury, who made an errored throw to first base allowing two runs to score. Hanser Alberto continued the rally with a ground ball double past Drury, scoring another two runs. The Dodgers were ahead four to nothing.

While Manaea was struggling to contain the Dodgers' offense, Tony Gonsolin, the starter for the Dodgers, was dealing against the newly improved Padres lineup. Gonsolin struck out six batters in five innings, walked only one, and gave up three hits and no runs.

The bullpen took over in the sixth inning, and the Dodgers won game one of the series eight to one.

The Los Angeles Dodgers have dominated the National League West. From 2013 to 2020, The Dodgers won every division title. In 2021, the Giants won 107 games, trumping the Dodgers for the first time in almost a decade. The Padres have not won the division since 2006.

In game two, the Padres started with a leadoff double into the left-center field from Jurickson Profar, and Juan Soto nearly hit his first home run when he sent Mookie Betts back to the warning track on a deep flyout.

But the rally hot start died when Dodgers' pitcher Andrew Heaney pitched around the double and sacrificed fly, allowing zero runs in the first inning.

In the bottom of the second inning, the Dodgers grabbed the first lead of the night when Will Smith launched a solo home run into the bleachers. In the next inning, Will Smith earned his second RBI of the game on a looping line drive into left field that scored Mookie Betts, two to zero Dodgers lead.

For the first time in the series, the Padres showed life when they manufactured three runs in the fourth inning, including hits from their two most significant acquisitions at the deadline. Bell and Soto singled in the rally, and the Padres took the lead. Three to two, Padres lead.

Mookie Betts led off the bottom of the fifth inning with a sinking line drive single to left field. Then he stole second base. Later in the inning, with two outs, Will Smith was hit by a pitch, and the runners were on the corners for Max Muncy. During Muncy's at-bat, Will Smith stole second base. Then Max Muncy hit a high flying ball into the night sky in deep right field for a home run to take a five to three lead.

The Dodgers scored more runs later in the game and won. After two games in the series, the Dodgers dominated, and the Padres led for one inning in two games.

Game three needed to be different.

This series was supposed to be the Padres’ moment.  They upgraded to a World Series caliber team but cannot overcome the bullies of the National League West.

The Padres' early struggles continued. In game three, the Dodgers broke open the scoreless tie in the bottom of the third inning on an opposite-field home run from Cody Bellinger, followed by a Mookie Betts double and a Freddy Freeman single. After three innings, the Dodgers led two to nothing.

Dodger's starting pitcher Tyler Anderson silenced the Padres' scary bats through six innings. In the bottom of the seventh, Bellinger hit another homerun that mirrored his first, going to the opposite field. The Dodgers added another home run and won four to nothing.

The Padres were the loudest and most exciting team at the trade deadline, adding superstars and talented pitching. The team built a roster to win a World Series, but they still need to make the playoffs. Their next opportunity to face the Dodgers is at the start of September at Chavez Ravine. Meanwhile, The Padres will continue to fight for a wild card playoff spot, only one game ahead of the Milwaukee Brewers for the third and final spot to reach the playoffs.

Image of Max Muncy sliding to third base from SB Nation.